Home
Entertainment
Comics
The Beyonder vs. Celestials is No Contest 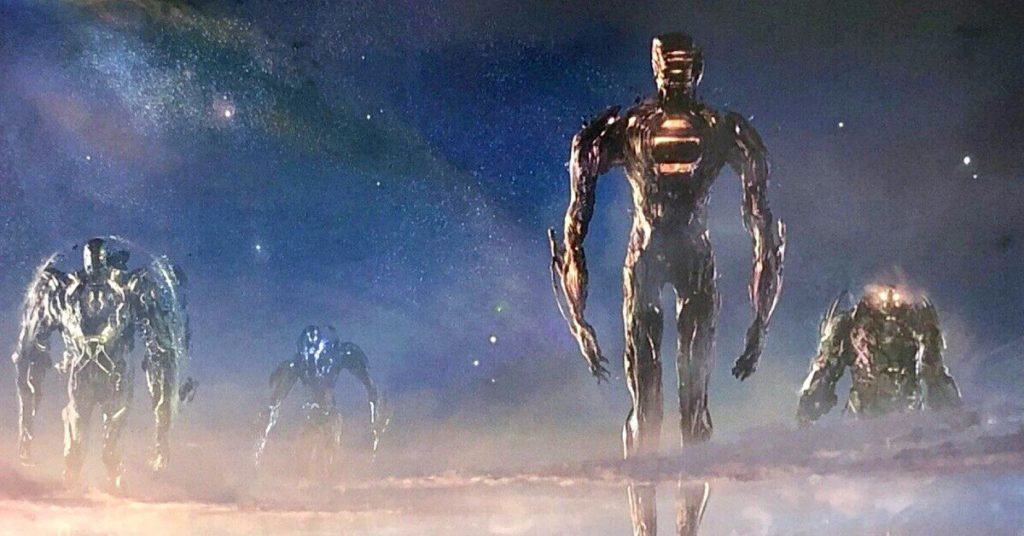 That sounds like a bold claim, doesn’t it? Well, given that Disney has decided to lift up some characters and diminish others at their discretion, it might be bolder than a lot of fans might think, but the truth is that in the comics, a single Beyonder could take out a lot of Celestials without that much effort. Those that have a hard time believing this either don’t know much about the Beyonders, which is understandable since they haven’t made their way to the MCU yet if they will at all, or might think that the Celestials are simply too powerful to be taken down by anyone. Rest assured that there are characters in the Marvel universe that could defeat one or more Celestials, and while a number of them are cosmic beings that wield an enormous amount of power, there are a few that might surprise people. But when describing why a Beyonder can defeat a Celestial, let’s put it this way, the Celestials are essentially born from the universe, meaning that they’re a part of it, a byproduct of it, and their power, however vast it might be is still derived from that universe. The Beyonders didn’t get their name just to be cool.

The Beyonder is, as one might be able to admit, a huge MacGuffin in the Marvel universe, far more so than any Celestial since the being is quite literally beyond the multiverse and can do pretty much anything just by willing it to happen. He can make himself weak, he can will himself to be strong, and in being able to do this the character could essentially defeat a Celestial, or many of them, without much effort. In fact, the Beyonder has made this happen, and despite being in the comics it’s still a feat that has huge implications for the Marvel universe.

One thing to realize about the Beyonder though is that the character is curious more than anything since it was made clear that he didn’t understand how humans could be just another part of a greater organism, and not complete entities unto themselves as the Beyonder is. As confusing as it might sound, the Beyonder is his own reality, since he controls every aspect of himself and is not beholden to any other universe or multiverse, as the Celestials are. This not only makes his power apparently limitless, but it also allows him to run rampant over anyone if he so chose. The fact that he was able to pull so many heroes and villains away for Secret Wars without having to fight anyone in an epic battle is evidence enough that this character is someone that holds the kind of power that isn’t wise to stand against. Next to that, even the powers of creation that the Celestials possess aren’t bound to do much, since the Beyonder can take the beings head to head and decimate them. Whether this would work the same way in the MCU is hard to tell, since in the comics the Beyonder is a fairly capricious character and doesn’t really think too much about the things he does. Earth and the reality it exists in, all of the realities, in fact, are a curiosity to the Beyonder.

It should be able to go without saying that this isn’t the type of character that would be smart to bring out on any random occasion since his power levels are so insane that the mere thought of eradicating someone could make it happen. Some might say this would be a better fight than is initially believed, but imagine Galactus getting into a boxing match with one of the earth’s more powerful heroes, then you’ll get an idea of how ridiculous of a fight this would be since the Beyonder can alter the multiverse just by entering it. The Celestials can stay off the radar for the most part and not cause any unwanted collateral damage unless it’s part of a plan. The Beyonder steps into the multiverse and things start happening, no matter what they might be. He can will that to stop, or he can will it to get worse, that’s the kind of power that he has. Pitting that against a Celestial would be like trying to keep a match lit in a windstorm, it’s not going to happen.

Whether we’ll ever get to see that kind of an effect in the MCU is hard to say since so far the only truly OP characters that we’ve seen aren’t those that should by all rights be that powerful. Maybe one of these days Disney will say to hell with it and let the Marvel characters come to the screen in all their glory. But until then, if the Beyonder gets his powers dampened as many others have, then the Celestials might have a chance.