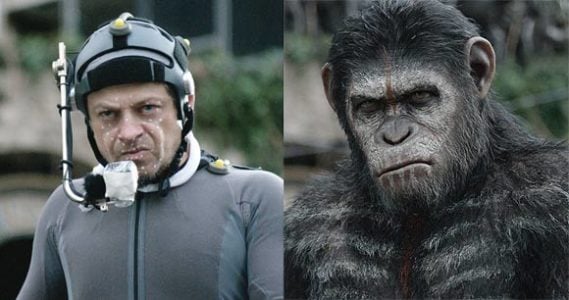 The next Batman movie is certainly pulling in some massive talent as according to Ryan Scott of MovieWeb, Andy Serkis and Colin Farrell are being tapped to play the roles of Alfred Pennyworth and the Penguin respectively. Nothing seems to have been made final at the moment but things do sound as though they’re progressing at a good clip as at this point several characters have at least found individuals that are skilled enough and could possibly take on said characters without too much trouble. Colin Farrell seems like kind of an odd choice for the Penguin to be honest since he’s not short, he’s not the type that seems to waddle, and unless he’s going to wear some sort of prosthetic nose he’s definitely not the type that has the looks. It almost seems as though he’d be better off playing another character, but this sounds as though it’s the best for him according to some folks. Serkis as Alfred seems like another odd choice, but look at it this way, they were thinking of Jonah Hill as the Penguin until it was established that his asking price was too high, so anything seems possible at this point.

Considering the actors that have been cast into these roles over the years it’s fair to say that it’s game on when it comes to casting for superhero movies since quite honestly it’s been that way, or at least it feels like it, for a while. At this point not seeing anyone of great importance being gender-swapped in Batman is kind of an accomplishment, but don’t rule that out either since it’s definitely an idea that some people would love to see. But seeing as how Batwoman really hasn’t done that well initially it does seem to indicate that some roles might be safe for a while to come. Plus, Alfred is such an iconic role that it would take someone that is truly skilled and can act the part of a gentleman with the air of mystery to really nail it. As far as the Penguin goes, the fact that Farrell can act a bit nuts on screen is a big up for this since he does have the tendency to go a bit screwy. But apart from that it’s still a rather hard casting decision to understand, at least from one perspective. Someone in the casting office has obviously been looking at new ideas and trying to think up something that’s not so stereotypical, or something that’s been done so many times before, since neither man is really the person that a lot of others would pick for each role. But hey, that could be a good thing as it’s a bit innovative and edgy considering what each actor has done in the past. Right now it would seem that The Batman is going to be loaded with stars we really didn’t expect, but again, that might be a good thing since they might actually do something we didn’t expect. Justin Harp of DigitalSpy has more to say on the matter.

Whether it’s going to work or not, or if they even sign on and agree to be in the movie, has yet to be seen, but it does add an element to the proceedings that has people thinking, talking, and more or less trying to figure out. So far the upcoming Batman movie is sparking a lot if interest, some controversy, and a lot of back and forth dialogue that has to do mainly with whether this movie will be able to undo so many years of unmet expectations and whether Robert Pattinson will rise or take his place in line with those that have tried to master the cowl and cape and just couldn’t do it. There’s a lot left to be said about this movie and so far it feels as though more and more is being heaped on the pile without any real discussion as to how it’s all going to come together. As of this moment a lot of people are still having Twilight flashbacks, but they might also start making plenty of comments as to whether Serkis or Farrell can possibly hack it in a movie like this. The obvious answer is ‘of course’ since they’re both skilled veterans of the big screen, but the less than obvious answer is whether the people saying such things are one hundred percent certain since this is almost undiscovered country at this point, as is anything that takes on a whole new cast and direction seemingly on a whim. The Batman movies have been all over the map at one point or another and to think that this one is headed in another direction with a new cast makes some people a little anxious and less than certain that it will be able to stand up to the scrutiny of the fans. Folks such as Juliet Kahn of Looper have hope, but we’ll have to wait and see.