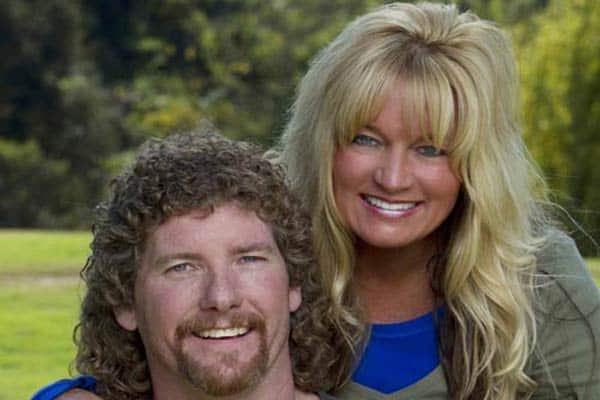 CBS Needs to follow the general rule that there are NO hiatuses in reality competition.  After The Amazing Race took a week off,  your sense of the break-neck pace of this contestant might be a little off but don’t worry,  this week’s entry that started in Africa and ended in Switzerland got the adrenaline levels back up in no time at all.  Here’s a little recap:

Six teams remain and one will go home today.  Bates & Anthony were the first team to arrive last leg, so they are the first out and they find out they are heading to Zurcih, Switzerland.  Although, no rush:  all of the teams are on the same flight; so the odds are evened out again.

The teams have to find a conductor in a red hat to get their first clue which is to head to Grindelwald and wait for an Alpine shepherd to deliver their next clue.  As seems to be the theme, teams arrive and wind up waiting for the shepherd who arrives a bit late allowing some of the teams that fell behind to effortlessly catch up.  Again.  The Amazing Race is overly fair this week.

As they got onto the next challenge, Chuck and Wynona begin arguing again.  Seems like Wynona just can never do anything right by Chuck, and she is starting to get a little fed up with his attitude.

The teams have to escort rescue dogs onto the train, but Caroline and Jennifer apparently are not dog people and Anthony saves them by helping to convince their reluctant hound to board the train.  Their task is to bring the dogs to the top of the mountain to a rescue team who will then give them their next clue.

The next clue is a Rroadblock.  The teams must climb out of a window on the upper deck of the observation most and travel across a mountain, 6000 feet up, to retrieve a gnome that has their next clue.

Bates is the first one out, making it look easy despite the straight down drop.  Katie follows, also fairing the heights easily.  Chuck, being his usual charming self, tells Wynona that if she screws it up he won’t remarry her.  O. K.  Beth makes it across by not looking down, Jennifer also makes quick work of it, Wynona, unfortunately, will not be getting remarried.

The clue leads them to another train ride, and it is Bates and Anthony that are the first on the case.  The problem is, again, that they have to wait for the train giving other teams a chance to catch up even though they may have fallen behind on the challenge.   Once it gets on the road,  CHuck and Wynona, Meghan and Joey are left behind.  Now we have a race.

The teams now have to follow a path to find some jobs in the local area.  Their task is simple:  run a sled up a hill and some cheese.  The hill is so steep they have to use a guide line to stay upright.  Bates and Anthony are killing it on this challenge.  The competition is well under way when Joey and Meghan and Chuck and Wynona finall show up.  The Amazing Race at its best right here.

Bates and Anthony are ahead easily and must go to the Bodmi Snowboard School, which turns out to be the Pit Stop.  Max and Katie are next followed by Mona and Beth.  For being the first to reach the Pit Stop, Bates and Anthony win a trip to Bora Bora.  Caroline and Jennifer are fourth, with Chuck and Wynona arriving in fifth place.

Normally this would mean that Joey and Meghan are out, however it turns out Wynona did not use the proper method to get the cheese down the hill:  she rolled it!  A 30 minute penalty is applied and as a result Chuck and Wynona are demoted to sixth place and eliminated from The Amazing Race!  We’ll miss em!