Home
Movies
The 10 Most Epic Battle Scenes in Movie History

There’s nothing like an awesome battle scene to really suck you into a movie. Even if some of the characters are dull and the plotlines are a little nonsensical, some thrilling stunts, massive explosions, and a unbelievable amount violence can win back your attention. However, when the characters and the story are both actually interesting and well-written, that’s when a battle scene simply goes from being the surface level of awesome and transforms into something truly epic. Here are my picks (in no particular order, because ranking all these would have been too hard) for the 10 most epic battle scenes in movie history.

Lord of the Rings: Two Towers–Battle of Helm’s Deep

There’s no argument – the entire sequence of the Battle of Helm’s Deep in Two Towers is, without a doubt, one of, if not, the greatest fantasy battle scenes ever filmed. All of the battle’s big moments, from Legolas essentially using his shield as a surf board to Aragorn throwing Gimli to Aragorn and Theoden charging out to fight together, are some of the most memorable scenes in the entire series. Nothing else in any other fantasy film, not even in any of the other Lord of the Rings films, comes close to matching the sheer scale of it (and, spoiler alert, the Battle of Pelennor Fields from Return of the King is on the next slide).

Lord of the Rings: Return of the King–Battle of Pelennor Fields

Even though I just said on the last slide that nothing comes close to Helm’s Deep (and nothing does), the Battle of Pelennor Fields is still pretty great in its own right. What works best in this battle isn’t so much the epic scale of it all, although the mammoths are pretty freaking cool. No, the reason why Pelennor Fields makes this list is for the emotional beats, like Gimli and Legolas still having a killing competition or Merry showing his bravery in battle or King Theoden’s death. I know some people complain about Aragorn showing up with the Army of the Dead at the end, but that doesn’t bother me. To be honest, this battle could have made this list purely for Eowyn’s deliver of “I am no man!” before she stabs and kills the Witch-king, which is, by far, one my favorite moments of Return of the King.

Harry Potter and the Deathly Hallows Part 2–Battle of Hogwarts

While nothing about the Battle of Hogwarts is as technically masterful as either of the Lord of the Rings battles, it’s the emotion, similar to Pelennor Fields but even more present in this film, that really makes the fighting resonate. After seven films, you’ve been through so much with Harry, Ron, and Hermione, not to mention the dozens of other characters that appear at the battle, that you truly feel a loss not just when one of them perishes in the fight but at the sheer fact that this is the last bit of time you’ll be spending with them. To put it simply, there’s no real climax to the Battle of Hogwarts because every single moment is climatic, all the battle scenes feel epic and final, and you can’t help but cheer (and cry) as you watch.

The opening thirty minutes of Saving Private Ryan, which chronicle the U.S.’s invasion of Omaha Beach on D-Day, are an incredible achievement in filmmaking. The battle scenes throughout the entire sequence are so brutal, intimate, and harrowing that you can’t look away, even when you want to. What makes this opening one of the best, most epic battle sequences in all of movies isn’t the fact that there’s gunfire and explosions and death. It’s because Steven Spielberg crafted something that, according to many veterans, accurately depicted the events of that brutal, bloody day, and he was able to transport any and all viewers of him and place them on the beach with those U.S. soldiers for every single second of those thirty minutes.

The Avengers–Battle of New York City

As you’ll see why in the video below (if you haven’t already seen the film), I could and would have put on The Avengers on this list purely for that amazing long take that Joss Whedon and company were able to pull, which shows every single one of the superheroes fighting in a different part of the city, both down on the ground or perched up on skyscrapers on on the top of alien spacecrafts. Ultimately, though, what makes the final sequence of The Avengers one of the most epic battle scenes on this list is because of how it’s a culmination and a celebration of Marvel’s hard work and of every nerd’s dream. We finally get all of our favorite superheros together on screen, fighting side by side, and it didn’t just not sick but it was easily one of the best films of 2012. No other superhero film has come close to topping it since.

Remember how I just mentioend long takes in slide before this? Yeah, well, as great as The Avengers‘ one is, it’s got nothing on the thrilling, gripping intimacy of Children of Men. People may not have expected a film like this to be on this list, because it’s not a big-budget fantasy film or a well-known war film. However, Children of Men is a story about survival and about hope, and even though it takes place in the future, a future when women can no longer have children, the impressive filmmaking of Alfonso Cuaron, as always, makes each moment feel so real and vivid, as if you’ve just slipped into a dream world that you are now a part of.

“THIS IS WHERE WE HOLD THEM! THIS IS WHERE WE FIGHT! THIS IS WHERE THEY DIE!” So Leonidas was never going to be a poet, but he didn’t need to be. He and the other 300 Spartans let their fighting do the talking, and it led to one of the most awesomely fun movies of 2007. It’s now been parodied countless times, but back when it first came out, 300‘s slow-motion battle scenes were gorgeously shot and impressively staged set pieces. The film truly looks as if the pages of the graphic novel have come alive on screen, and that’s a credit to director Zach Snyder and his team. Now, let’s just hope he doesn’t screw up the Man of Steel sequel…

While I love the assault on the Death Star in A New Hope and the Battle of Endor in Return of the Jedi, nothing will ever beat the Battle of Hoth for me when it comes to epic Star Wars battle scenes. Maybe it’s the arctic setting or that the snowspeeders use tow cables to take down the Empire’s walkers or the fact that the Rebel Alliance loses this battle, a dark sign of things to come for the rest of the film – I’m not exactly sure. I just know for a fact that when I think epic Star Wars awesomeness, I think of Empire Strikes Back. I think of that snow-covered battle field. I think of the Battle of Hoth.

If there was an award at the Oscars for Best Cameo, I would have given it to Ben Stiller for his appearance in what I think is one of the funniest movie scenes in the past ten years. Anchorman‘s news team is fantastic on so many levels, but what makes it something that I would call epic are the actors themselves. You’ve got Stiller, Will Ferrel, Vince Vaughn, Luke Wilson, Paul Rudd, Steve Carrel, and so many more in the same scene, running at each other with tridents and grenades and nun-chucks. Purely from a comedic standpoint, you don’t get much better than that.

Kill Bill Vol. 1–Showdown at the House of Blue Leaves

Violent, bloody, and gory – all three adequately descrbiethis crazy fight scene from Kill Bill Vol. 1, which, in my opinion, is the best moment either of the Kill Bill films. Now, let me explain, the showdown at the House of Blue Leaves doesn’t make it on this list just because Uma Thurman is slicing and dicing everyone who comes near her like they’re ingredients for a salad she’s making. No, what makes this one of the most epic movie battle scenes in my opinion isn’t the violence itself but the choreograph and the sheer scale of it all. Here’s one woman going up against 100 different foes, and even though the Kill Bill movies are obviously very stylized films, every single moment of the scene feels real and authentic to me. 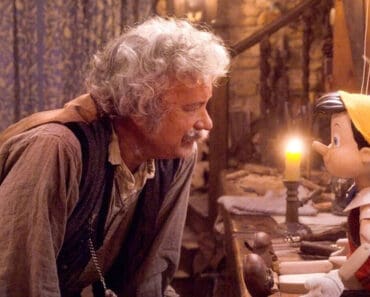 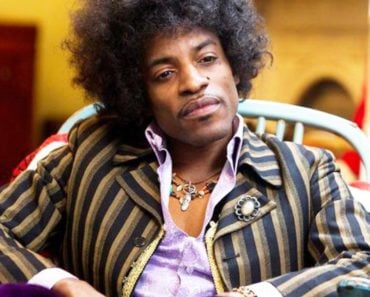 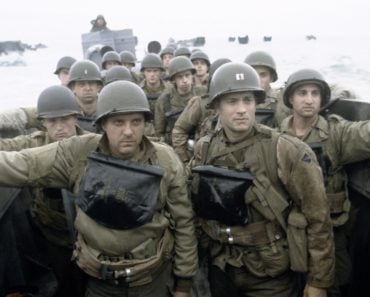