Home
Movies
Why We’ll Be Watching “The Northman” 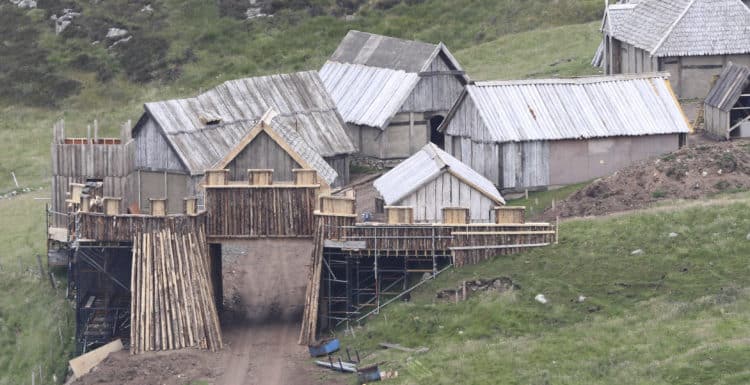 It’s a bold claim to make when stating that something will be different than anything that people have ever seen since the truth is that if people search their memories they’ll have likely seen the same type of story that’s being rolled out for audiences and The Northman will likely have plenty of elements that we’ve seen more than once throughout many shows and movies. But while there aren’t that many details given about The Northman at this point, it does feel that it will be worth watching since it’s a revenge story that is set in the 10th century and will be featuring Alexander Skarsgard as a Nordic prince that will be seeking vengeance for his father’s murder. The movie will also feature Nicole Kidman, Willem Dafoe, Anya Taylor-Joy, and even Bjork, but there isn’t a whole lot being revealed about it just yet. One thing that’s clear is that people haven’t grown tired of tales that speak of the Nordic folk just yet, as Vikings are still a very popular part of history that people continue to argue about what they were really like versus what Hollywood wants to show us is often quite different. A good period piece is often appreciated, but there have been movies and TV shows that have gone fairly wide of the mark, either on purpose or because they simply didn’t care to do their research.

The more accurate presentations of this time period are sometimes a bit dry, but as it’s been seen with shows such as Vikings there is a possibility of entertaining people and being able to weather the hordes of fact-checkers that will gladly alert people to what’s right and what’s wrong with each presentation. The Northman is bound to be scrutinized in this same manner since it’s easy to think that it will be doing the best it can to represent the Viking era and will be doing whatever is possible to make people believe in the premise and the overall story. How it will go about doing this is not known at the moment, but it does feel likely that the cast will be a big part of the reason that this movie will be one of those that will be worth the effort even if it’s not given the kind of hype that it might deserve. At the very least, a good revenge story is usually enough to get people interested since depending on how it’s written, moviegoers will find it appealing.

It might be a while until we’re given enough details to say anything else about the movie, but the fact that it’s set in the Viking era at this point is enough for a lot of people to state that they’d be willing to give it a look. As brutal and as misunderstood as the time period tends to be at times, it’s still one of the few that is capable of delivering a great look into the past, even if it has to be beefed up from time to time in order get people at least halfway interested in the true history of the period. Adding in a revenge plot tends to get people thinking, and finding a way to stay true to the time period in a few ways can make the audience forget the inaccuracies that were thrown in for added entertainment or to help push the idea that created the movie. One thing that many people should recognize is that history isn’t always as impressive as people want it to be, or as tales of the time period that have been handed down would have people believe. A good example is that many of the stories that one might hear of Vikings if they hear any at all are that they were mindless berserkers that sought to raid, pillage, and kill anyone that was in their path. It’s true that they went raiding more than a couple of times, and they were a violent people when they needed to be, but quite often they were capable of a great deal more since they established a civilization of their own that was capable of surviving for a while.

The eventual downfall of the Viking era feels pretty natural when reading about it, as the period would come to a gradual close when raids were no longer successful, and the defeats of each ruler began to fail as their enemies began to learn how to fortify and fight back in a much more efficient manner. As the world changed the Vikings had to change with it, and as a result, we still have the legends and stories that helped to preserve and expand the culture, but the days of raiding and warfare are what people generally want to know about since this was a time of radical change and shifts in power that intrigue people so greatly.