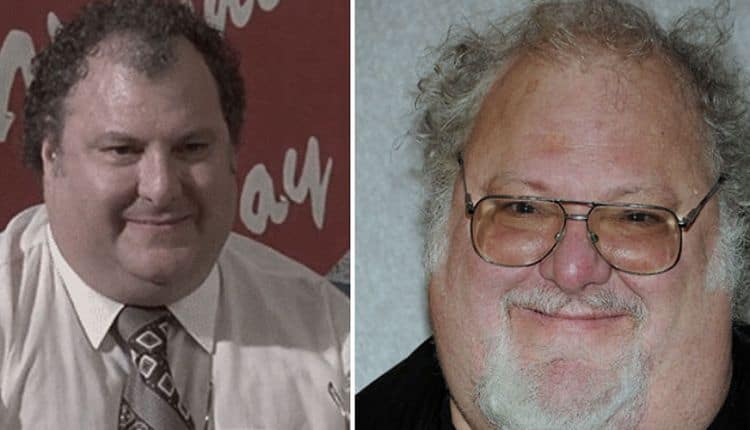 Josh Mostel is someone that many people can probably say they remember, at least by appearance, while his name might escape them for various reasons. But taking into account that he’s been just about as famous on stage as he has on-screen, it’s pretty easy to think that he’s easier to remember due to his performances since he’s rather skilled when it comes to his craft. Hollywood has no shortage of big men such as Josh but there are different reasons why a lot of them are remembered and while it’s sad to think that some of them are remembered for their size alone, it does bring some hope that appearance isn’t everything when it’s realized that those that who are thought of fondly are those that have given us characters that are quite likable and tend to contribute in a very profound way to the movies that they’ve been a part of throughout their career. Josh has managed to use his size to his advantage at times and at other times his size really kind of falls by the wayside because he is that good of an actor. A couple of roles really point out how he manages to show off his skill while using his appearance to his benefit even if some folks happen to think that he’s being used in a negative light.

One of those would be the role of Principal Max Anderson in Billy Madison since Max is kind of an odd individual and his weight is brought into play quite a bit during his parts in the movie. The thing about this however is that Max does have a secret, well, maybe a couple of secrets, that he keeps from everyone else. One is that he’s gay, which back in the day when Billy Madison was filmed was something that was still actively being hidden by some folks, and the other was that he was a pro wrestler known as the Revolting Blob. And then another secret is that the Revolting Blob accidentally killed someone in the ring. So Josh’s size was put on display for this role, but he made it work to his advantage since one can guess that he was remembered quite easily for the role given that it was made to stand out. One thing we can say about Max though is that he did help to save the day in the movie since he did disarm Eric, who was played by Bradley Whitford when he drew a gun on Billy near the end of the movie. But yes, Max was kind of an odd character, especially since he had a strange and disturbing crush on Billy.

Another character that Josh managed to bring to life quite convincingly was in another Adam Sandler movie, Big Daddy. For anyone that doesn’t know how the movie went, Sonny, played by Sandler, inadvertently becomes a surrogate father to young Julian, played alternately by Dylan and Cole Sprouse, while Julian’s biological father, Sonny’s roommate Kevin, played by Jon Stewart, is out of town. Josh’s part as social worker Arthur Brooks is well played since he does take on the role with a good deal of aplomb and makes it believable in a very real way. Social workers are, as many know, constantly dealing with being overworked and have caseloads that almost never appear to end since they’re often the unsung heroes within their given system and usually don’t receive enough praise for what they do. Josh took this role and made it obvious that he was a man that cared and was there for the betterment of those he was seeking to help, but he was also a no-nonsense individual who came to take Julian from Sonny when he found out that he wasn’t his roommate, Kevin, and was therefore breaking the law by keeping Julian and posing as someone he wasn’t. There was no real menace in Arthur’s actions, but it was obvious that he was a man doing his job and who took what he did very seriously. After taking Julian from Sonny’s care he didn’t get a lot of other speaking lines in this movie, but for what he did contribute he was very effective.

Josh is definitely one of those whose size can be used to work a role from start to finish or can be almost disregarded thanks to the work he puts in and the convincing way in which he completes a role. Some people might think of this as pandering, but personally, I find this rather impressive if an actor can make people disregard their appearance to focus almost entirely on their character and what they’re there to do. Sometimes it’s better than a magic act since it allows people to realize that appearances really aren’t everything, and the skill and attention to one’s craft are far more impressive by far.