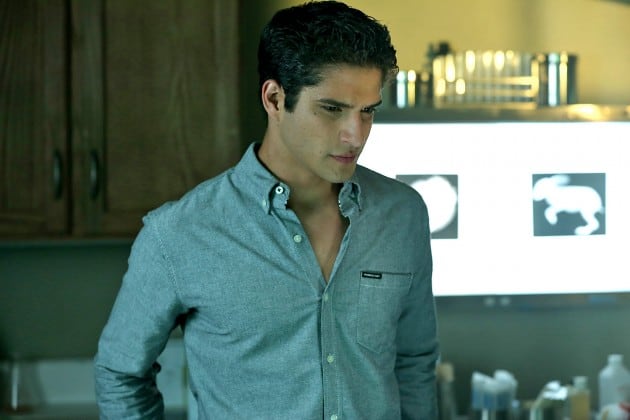 While things got incredibly intense on this week’s episode of Teen Wolf with the heroes continuing their battle against the Dread Doctors, there was simply way too much packed into one hour of TV.

Normally, this show is good at packing in a lot of material for 42-minute long episodes without making you feel that it’s too much to follow. However, this week, it was hard keeping track of everything that was going on, even though some of these separate arcs are connected with one another. Maybe it’s because of the fact that we are leading up to the summer finale that we needed a lot of stories to progress, but still, it was hard to keep up with everything. Aside from that nitpicking, it was still a solid episode, particularly for Kira who keeps intriguing me with her recent struggling Kitsune problems. The sword fight between her and her mom at the school showed that Kira’s parents are noticing their daughter’s inner fox having control over her as opposed to the other way around. Scott’s “I don’t know if I can trust her” line from last week keeps echoing throughout this episode because I’m even starting to doubt Kira too and whether or not she will, in the end, be able to control it.

While I have had my ups and down with these two, Liam and Hayden’s interaction throughout “Strange Frequencies” were enjoyable to follow; their bickering in the first few episodes just didn’t do it for me. As we know, Hayden is one of the Dread Doctors’ Chimeras and was seen transformed into a werewolf, although thankfully she didn’t end up attacking our heroes, unlike the other Chimeras we have seen so far. Speaking of the Chimeras that these doctors are creating, Sheriff Stilinksi and Melissa crack one part of this giant mystery, which is what sample groups they are choosing from, although a part of me just wanted to yell at the television screen “But I need more information!” because I feel that, after seven episodes, we need to get the “why” of it all. But we aren’t that far away from the summer finale so we will know soon enough. Right now, we need to be deeply concerned for the fact that Hayden and Liam got taken by the doctors and are now being experimented on, which can be summed up by one word: yikes.

I don’t know what it is that makes it so appealing, but Theo and Stiles’ friction was something that I could have watched for a whole episode. Even though I know I’m supposed to look at Theo as the “bad guy,” a part of me just liked the idea of Theo being Stiles’ nemesis. I just love seeing Stiles rejecting every excuse or story that Theo comes up with and not letting any of it get to him. Their stakeout was eventually interrupted when Parish decided to go all “Human Torch” on the guys with a fire-y sucker punch to Theo (which he may or may not have deserved) and flipped Stiles’ car (rest in peace), before taking Josh’s body. I’m calling it: the Dread Doctors have him under control somehow in some freaky way.

Overall, despite the episode feeling a little too packed, “Strange Frequencies” did move this season’s overall story in many ways. With three episodes left in the first half of the season, things are only going to get crazier, bloodier, and scarier, and that’s what Teen Wolf does best.