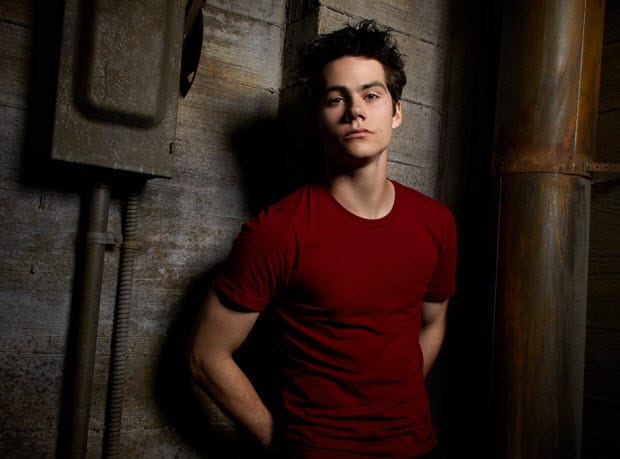 Jeff Davis has been teasing that a big death was coming this season and that it would definitely shock a lot of Teen Wolf fans. For the past couple of weeks, they have been hinting a lot that dear old Stiles was possibly the one who would bite the dust and even after last night’s episode, it’s still possible (although I hope he doesn’t die).

So who was it that sadly was killed in last night’s episode? It was none other than Alison Argent. I have to say that a tiny part of me did speculate a couple of weeks ago that she was going to be the one because it would be completely unexpected. It’s safe to say that a lot of us always imagined that she would live through the whole series and that she would be together with Scott in the end.

Crystal Reed has been one of the best parts of Teen Wolf since the first episode because she wasn’t the typical high school sweetheart: she was also a strong female character that got to be part of the action just as much as Scott. While we had some issues throughout the three seasons, we enjoyed her for most of the time.

It’s going to be difficult going into the fourth season without her because she was there from the start. Her death scene was without doubt painful as heck to watch and her final words to Scott before she passed away just made us cry non-stop. The thing that we can take from this death is that we are definitely going to see all our main characters grow from this.

I can definitely see someone like Lydia wanting to become stronger in the next season to honor Alison’s memory. What was more painful to watch was when Alison’s dad arrived and saw his daughter’s lifeless body. He has lost everyone now in his family and that was just as heartbreaking. We are absolutely going to miss the phenomenal Ms. Reed and if she is reading this, thank you for giving us one of the strongest female characters on television. It’s going to be weird not having a certain archer around next year, but Alison will never be forgotten.

The conversation between Scott and his father was a bit of a letdown because ever since they started teasing that Scott’s dad had some big secret regarding his reasons for leaving Scott as a kid, we thought it was going to be something big. Now don’t get me wrong, it was definitely emotional to hear the story of when Scott accidentally fell down the stairs because of his dad’s alcohol problems.  But it felt like something was missing there, that we were supposed to get something bigger out of that revelation. Maybe they did it on purpose and there is actually a part that daddy McCall didn’t include that we may find out next week? Only time will tell, but if this was really the big secret, we feel slightly disappointed about it.

Overall, “Insatiable” was a phenomenal penultimate episode before the big season finale (judging from the little promo that aired last night) next week. Will the heroes be able to defeat Evil Stiles or will he take another character away from us? You will have to tune in to find out, but we know one thing for sure and that is that we may be in for the darkest episode of the show ever.

Don’t miss “The Divine Move”, the season finale of Teen Wolf, next Monday, 10/9c on MTV.