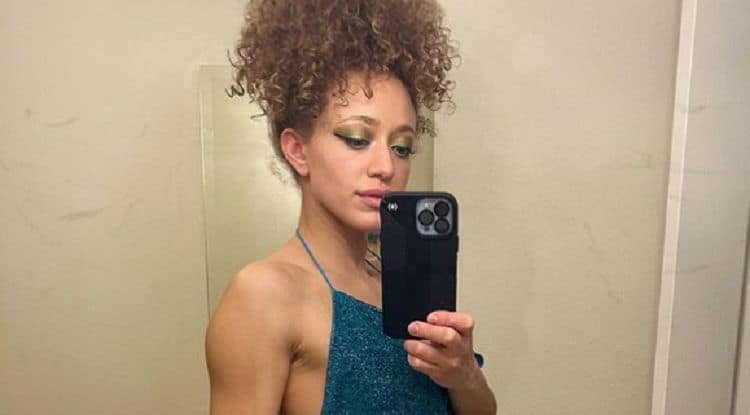 Sydney Cole Alexander hasn’t been acting professionally for long. In fact, it’s only been about five years since she made her first on-screen appearance. However, even during her short time in the industry, she’s already managed to open doors to quite a few great opportunities. She recently got a big break when she was cast in the Apple TV+ series Severance. The show marks Sydney’s biggest role to date and the fact that it is on such a large platform means she will get to share her skills with a wide audience. Even though she’s just getting started, it’s becoming obvious that Sydney plans to stick around for a lot longer. Here are 10 things you didn’t know about Sydney Cole Alexander.

1. She Likes to Sing

In addition to acting, Sydney also enjoys singing and she has a great voice. In an Instagram post, Sydney shared a video of herself singing and wrote, ” I was at a crossroads when I chose my major in high school and I decided to pursue acting because it was so immensely challenging and scary which was enticing to me. But I let the part of me that loves to sing wilt like an under-watered flower. It’s never too late to re- fall in love with your passions. Which is why I love the message of this song so much. I have a long way to go with an untrained voice. But that doesn’t mean I can’t enjoy the process!”

Keeping herself in tip-top shape is one of Sydney’s biggest priorities. Exercise is a part of her routine and she loves being able to share her results. Whether she’s at the gym or doing an at-home workout, Sydney always gives 100%. Not only is working out great for her body, but it’s no secret that exercise has lots of great benefits for mental health as well.

Acting is a very competitive field so people have to find ways to keep themselves at the top of their game. For Sydney, part of doing that meant going to school to study acting in a formal setting. After graduating from LaGuardia High School for the Performing Arts in Manhattan, she went on to attend Purchase College where she earned a bachelor of fine arts degree in acting.

There are two kinds of people in this world: dog people and cat people. Unfortunately for all of the dog lovers out there, Sydney isn’t one of them. She has two cats of her own and it’s clear that they are her pride and joy. Those who really love cat content will be disappointed to know that she hasn’t made a separate Instagram account for her kittens.

5. She’s Been in Commercials

Commercials are a popular starting point for lots of actors. While these certainly aren’t the most high-profile jobs out there, commercials are a great way for actors to sharpen their skills. They can also provide opportunities for actors to work with major companies. Some of the brands Sydney has worked with include Crest and Capital One.

It’s not entirely clear where Sydney is originally from, although an Instagram post suggests she may be from Illinois. What we do know, though, is that she has lived in New York City for several years and is currently based there. While lots of on-screen actors move to Los Angeles, Sydney doesn’t seem to have any plans to.

Fashion plays a big role in Sydney’s life, and it’s clear that it’s a tool she uses for self-expression. She has a great sense of style and she isn’t afraid to get a little creative when putting outfits together. Whether she’s hanging out at home or going to an event, Sydney likes to be intentional about her clothing choices.

8. She’s In a Relationship

Now that Sydney’s career is really starting to gain traction, she’ll probably find herself earning a spot on lots of people’s celebrity crush lists. Unfortunately for those people, though, Sydney is already spoken for. She is in a happy relationship with a man named David. The couple has been together for about six years.

There are lots of people who are afraid to take a stance on certain issues because they’re afraid they may rub some people the wrong way. That isn’t something Sydney is concerned about, though. She has consistently spoken out against racism and is a strong supporter of the Black Lives Matter movement.

10. She Only Has Three TV Credits

One of the things that are stressful about the entertainment industry is that work can be inconsistent and nothing is ever guaranteed. As of now, Sydney has earned just three TV credits. However, if you’ve seen her work you probably can’t even tell that she doesn’t have much TV experience. Hopefully, she’s able to build her resume even more in the years to come.