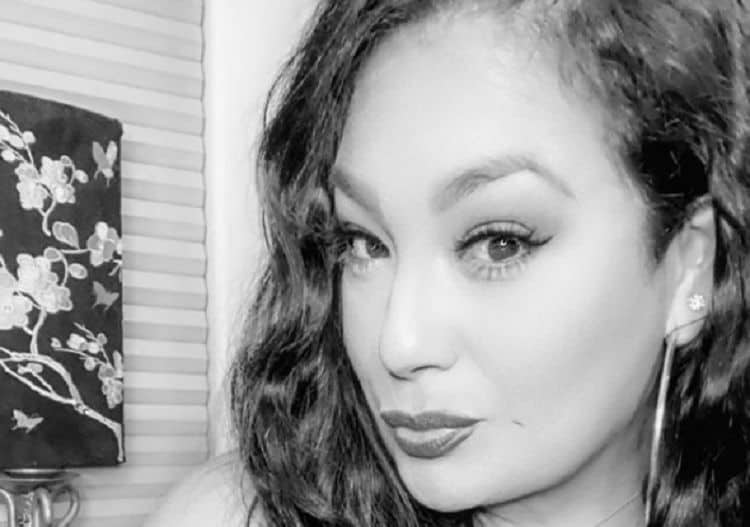 Best-known for being the older sister of the late Selena Quintanilla, Suzette was also an instrumental part of the success of the group Selena y Los Dinos. As the group’s drummer, Suzette played an important role in some of Selena’s biggest hits. Unfortunately, however, the excitement of Suzette’s career came crashing down in 1995 when Selena was murdered. Even though it’s been 25 years since’s Selena’s tragic death, Suzette has worked tirelessly to keep her sister’s memory alive and she is extremely proud to be a part of the legacy that Selena and her music have left behind. Keep reading to learn 10 things you didn’t know about Suzette Quintanilla.

1. She Initially Didn’t Want To Play The Drums

Music has always been a big part of the Quintanilla family, but when Suzette was first presented with the opportunity to play the drums, she had absolutely no interest. In fact, she was never that excited about the drums but she eventually obliged after being persuaded by her father.

2.  She Enjoyed Life On The Road But Feels Like She Missed Out On Some Things

Suzette and her siblings spent their late childhood and teenage years traveling and performing at different venues. Although the experience was full of excitement, it also meant that they had to miss out on lots of the experiences that other kids their age were able to have.

3. She Manages The Selena Museum

Since Selena’s passing, Suzette has done everything she can to ensure that her sister isn’t forgotten. She often attends events in Selena’s honor and is currently the manager of the Selena Museum in Corpus Christi, TX. Over the years, the location has because a very popular spot for tourists.

4. She Is No Longer A Drummer

Even though Suzette eventually fell in love with playing the drums, she decided to give up the instrument after Selena’s death. Despite the fact that she no longer makes music or performs, she is still a part of the industry. She works with her family’s company, Q Productions, which signs Tejano music acts.

Although Suzette’s life has been marked with the unspeakable tragedy of losing her sister, she has also had some very joyous moments. Two of those moments include becoming a wife and a mother. She has been married to her husband, Bill, since 1993. They have one son together, Jovan, who many people believe looks a lot like Selena.

6. “Ya Ves” Is One Of Her Favorite Selena Songs

Suzette may have been on the inside of Selena’s career, but that doesn’t mean that she wasn’t also a fan. When asked about her favorite song to perform with Selena, Suzette told Pop Sugar, “I’d have to say, I like that little attitude she used to give “Ya Ves.” Now, I love everything, but when you’re jamming you’re jamming, but “Ya Ves” would be one of my favorites.”

7. She Cried While Watching The Selena Series

In December 2020, Netflix released a nine episode series based on Selena’s life and career. Suzette and her family had been consulted during the production process, but like the rest of the world she couldn’t wait to see the final product. She told ET “There was a couple of scenes in the series that I just started to cry because it literally was on point. There’s a scene where my sister was singing ‘Feelings’ and I just started crying because it took me back.”

8. She Loved Jennifer Lopez’ Portrayal Of Her Sister

There have been countless biopics made over the years. On multiple occasions people close to the stars have spoken out to say that they either weren’t consulted about the project or felt that it wasn’t an accurate depiction. That wasn’t the case at all when it came to the 1997 film, Selena. Suzette was very happy when Jennifer Lopez’ portrayal of her sister and the overall quality of the movie.

9. She Likes To Spread Positivity

Suffering a huge loss in front of the entire world has changed Suzette’s life forever, but it hasn’t broken her spirit. She does her best to maintain a positive outlook on life and she hopes to spread that feeling to others. She also hopes to continue to inspire people through her sister’s legacy.

10. She Has A Big Social Media Following

There are lots of people who wonder what Suzette has been to over the last 25 years, but the truth is that she isn’t too hard to find. She is very active on social media — particularly Instagram — and she has built a substantial following. She currently has more than 455,000 followers on the platform.

Who Are The Prime Ministers Appearing In The Crown Season 5?

Why Selling Sunset Season 4 Has Exceeded Our Expectations

The Crown Season 5: Where Else Have We Seen Dominic West?