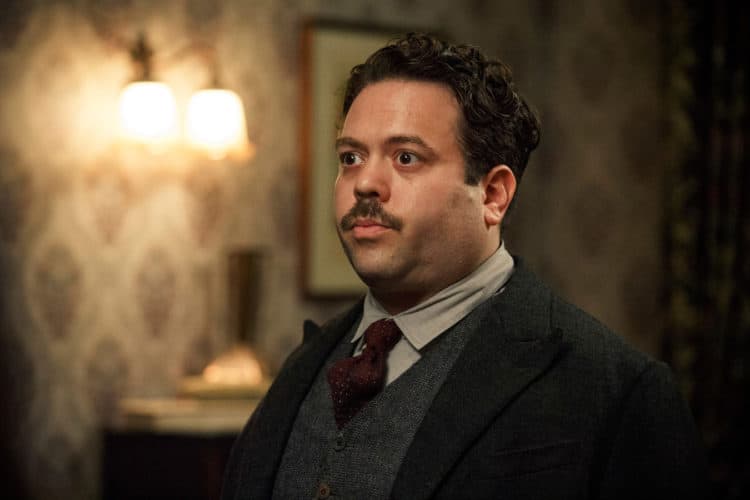 With more than 20 years of on screen experience, Dan Fogler has earned his stripes in the entertainment industry. Throughout his career, he has been part of a wide variety of projects and it’s become clear that he is the type of actor who can do almost anything. He has managed to find the perfect balance between the big and small screen. When it comes to films, he is best-known for playing Jacob Kowalski in the Fantastic Beasts franchise. On TV, he is best-known for his role in The Goldbergs and The Walking Dead. Needless to say, his schedule has been very busy for the last few years and that won’t be changing any time soon. Continue reading for 10 things you didn’t know about Dan Fogler.

1. He Studied At Boston University

Dan was born and raised in New York City but decided to head up to New England for college. He attended Boston University where he studied at the School of Theatre. Boston University also produced several other notable alumni including Julianne Moore and Alexandria Ocasio-Cortez.

Dan is a creative person through and through and acting isn’t the only way he expresses his creativity. He is also a very talented comic book artist who has put years into his craft. He has a business called Fogler’s Fictions where he sells copies of his Fish Kill comic book.

Like lots of other actors, Dan got his start in the theater world and he’s found great success on stage. He made his Broadway debut in the musical comedy The 25th Annual Putnam County Spelling Bee. In 2005, he won a Tony Award for Best Featured Actor in a Musical for his role in the production.

In addition to his long list of live action work, Dan has also had a successful voice acting career. He has voiced characters on shows like American Dad! and Robot Chicken. He has also done voice over work for popular movies such as Horton Hears A Who! and Kung Fu Panda.

Although Dan is insanely passionate about his work, his family will always be his number one priority. He has been married to Jodie Capes since 2009. Jodie is the co-founder of a New York based career coaching company called Capes Coaching. The couple has two daughters together: Franny and Edie.

Dan also has a musical side and he loves to sing. He and his long time friend and fellow actor Law Tarello formed a band called 2nd Rate and have performed at numerous venues across New York City. Although there’s no information on them breaking up, it’s unclear whether or not the band is still together.

Prior to filming the second installment of Fantastic Beasts, Dan Fogler went on a weight loss journey that resulted in him losing 100 pounds. Dan told Cinema Blend, “I did intermittent fasting and I hit 40 and my body was like, my metabolism was thrown out the fucking window. I had to stop eating foods that were processed. All I was eating was processed. So I had to really balance that out with actual food food. And that was really the first 60 pounds that came off. Eliminating soda, bread, shit like that. Dairy. You know I love pizza. I was living on pizza.” Dan says that he wanted to lose the weight to put himself at a much lower risk for developing illnesses like diabetes and high blood pressure.

Dan is the true definition of a Jack of All Trades and while some people shy away from that, he embraces it. In 2003, he starred in a music video for the song “I Don’t Wanna Be Me” by the band Type O Negative. The video has gotten nearly 12 million views on YouTube since its release.

Even though he has been in the business for more than two decades, Dan has never been a glutton for the spotlight. It seems that he prefers to keep a low profile and keep his personal life to himself. Although he is active on social media and does a good amount of interviews, he likes to keep the attention strictly on his work.