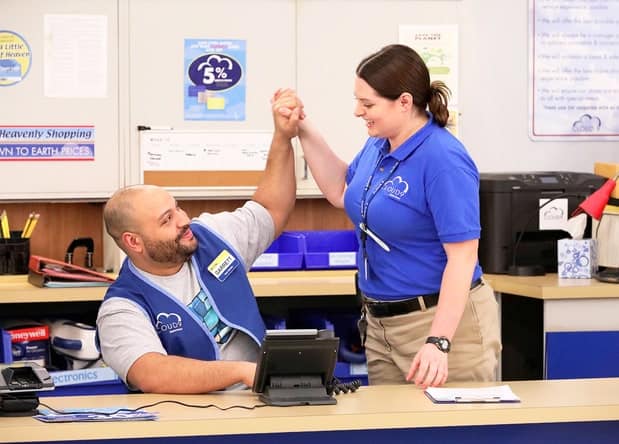 Thankfully, reruns are officially over, meaning we have plenty of good TV shows to choose from. Superstore is just one of them. When the second season ended, a tornado had just ripped through the store, leaving tensions high and several relationships in limbo. The season premiere picked up with the staff getting the store ready to reopen. In case you missed it, here are the top 5 moments from the Superstore season 3 premiere.

Glenn, who is ridiculously optimistic and naÃ¯ve, is excited to bring the staff back together to set the store up for its grand reopening. Unfortunately, he misinterpreted the email he had received telling him when to bring everyone back in. Long story short, the staff learns they have several hours to complete a week’s worth of work.

When Howie Mandel walks up to Dina, it’s rather obvious that she has no clue who he is, so she does what any high strung assistant manager in a time crunch does. She tells the new employee to get a vest and nametag and get to work. A few minutes later, she runs into Howie snacking on carrots and apologizes for not knowing who he was earlier. Howie is visibly relieved until she tells him to get back to work. Does Dina ever figure out who the new employee is? You’ll have to watch the show to find out.

Amy tells Jonah she is getting divorced.

One of the most memorable moments in the season 2 finale involved the quick kiss between Jonah and Amy. During the premiere, the two are trying their best to tiptoe past the elephant in the room now that they are working together again. Jonah is obviously shocked, leaving us all to wonder where Amy and Jonah’s relationship will go from here.

At the end of season 2, Mateo was forced to break up with Jeff, even though it’s rather apparent he doesn’t want to, especially when you remember the phone call Mateo made after the tornado telling Jeff that he still loved him. Jeff never returned his call. Did he get the message? Mateo and Cheyenne perform a series of tests to find out without any conclusive results. Eventually, Mateo walks up to Jeff and greets him. Mateo is quickly horrified to realize that Jeff is back together with his ex. Mateo, being Mateo, hurls a few insults at Jeff and storms off.

Garrett invites Jonah to move in.

Poor Jonah is living in less than ideal conditions in a FEMA trailer. When Cheyenne points out that he and Garrett could be roommates, Garrett shuts the idea down quickly. After running into Jonah in several precarious situations related to his homelessness throughout the day, Garrett invites him to move in. Of course, this agreement comes with quite a few rules, such as no touching any video games or cooking fish, that Jonah is very willing to abide to.