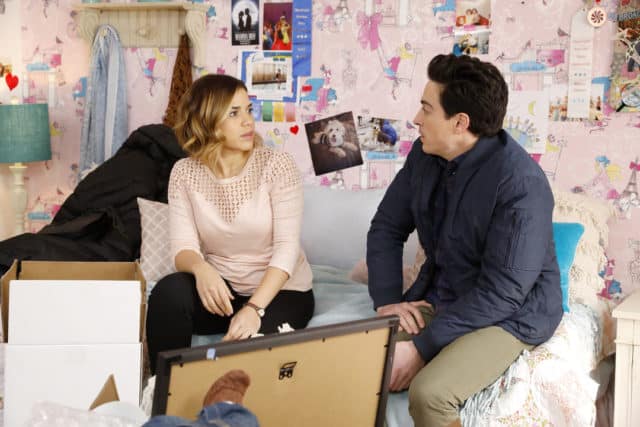 On occasion, comedy shows can venture too far into what I like to call “cringe territory”. While well-meaning and still operating within the confines of a created and established character, stories can go too far or become uncomfortable. Superstore may have stuck its toe over that line this week, but within a still funny and compelling character episode.

This week on Superstore: Amy takes Jonah along to help her parents move out of their house, and he teaches her some important attitude changes. Glenn is eager to be nominated for an integrity award that Cloud 9 is offering, but Garrett turns out to also be in the running, which ignites a competition. Dina tries to use Mateo’s relationship with Jeff to get things accomplished around the store.

Cringe comedy has never been my favorite style. I loved The Office, for instance, but Michael Scott had the capacity to make me uncomfortable by pushing things too far. The story with Glenn was eerily reminiscent of a Michael Scott story, and not just because he’s the boss. It was fine for him to try and manipulate things to win the integrity award, but the result was just a rather unfunny cringe-fest. Getting Garrett involved was a smart decision, but even Dunn’s prowess and excellent comedic timing was not enough to save that particular plot. With 22 episodes or more each year, not every story will be perfect.

I could take or leave the Dina/Mateo story. It was amusing but if it had been cut out, I don’t think the episode would have been much different. In fact, the best purpose of this story was servicing the Jonah/Amy story, as the store was evacuating when they returned and then left again. Though, I’m seriously looking forward to learning how the Mateo/Jeff relationship plays out. Will Mateo move stores? Or will this be the death of their relationship?

Jonah and Amy was the best story of this episode, bar none. Ben Feldman and America Fererra have clear chemistry, and having Jonah meet Amy’s (er…Amelia’s) parents was an excellent choice. They ventured a tad into cringe-worthy territory when Jonah “bought” one of Amy’s dad’s paintings, but it ultimately helped Jonah learn more about Amy, and they have more in common than they originally thought. This relationship gives off a clear OTP/endgame vibe, but Superstore could surprise us.

Overall, this episode still had its merits and was important in the larger story. But, on the floor level, there were several comedic bits that didn’t land and were more uncomfortable than funny.

Amy and Jonah help Amy’s parents move, while Glenn tries to win an award on this week’s unbalanced Superstore episode.