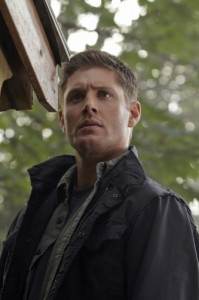 Ohhhhh. Things just got interesting. Tonight was the night when Supernatural truly got its grove back in season 6. Don’t get be wrong, I adored episode 6.04 ‘Weekend at Bobby’s’. But that wasn’t a typical Supernatural episode. The real suspense has been steadily building as the episodes progress and for a few minutes I felt like not much was going to happen tonight. I mean, sure, they went to search for the alpha vampire, and we found out that Sam was lying. But then the scene between the Winchesters and the alpha vampire occurred and, from that moment on, it was like one crazy revelation after another.

But we’ll get to that.

Yeah, Cas, We Knew About the ‘No Soul’Thing. But Thanks For Telling Us

The episode picked up almost exactly where the last one ended. Dean had beaten Sam unconscious, brought him back to a motel and called in Castiel to try and figure out what was wrong. Of course, I’m fairly certain everyone who reads the internet and watched the promo for this week knew that Sam had no soul. So that’s no surprise. Which actually turned out to be fine, because the fact that Sam has no soul didn’t turn out to be the most important thing about this episode.

Interestingly, Castiel puts forward the theory that Sam’s soul is still trapped in Lucifer’s cave and Dean brings up the question ‘Is he even still Sam?’. Let’s pause for a moment here. Is this merely Sam’s body, with all of his thoughts, memories and mannerisms? Is it a sort of ‘zombie Sam”, walking around wearing his face? If they manage to retrieve Sam’s soul and put it back in his body, will the soul gain all of current Sam’s memories? Or will his soul just take over the body again with all of the knowledge of being trapped in the cage for a year in earth time? It’s an interesting question and I want to see how they’ll deal with that.

But enough about that. Sam manages to break free of his bonds and basically tells Dean that he has no choice but to continue working with him. To foster some feelings of goodwill, Sam agrees to try and help Dean retrieve his soul. But the only lead they have is Samuel.

So it’s off to grandpa’s house they go. When they arrive, they basically find a mini-army has taken up residence in his warehouse. Castiel works the mojo on Samuel and reveals that he has a soul. Which is initially where things got interesting, because I was wondering ‘How can Samuel be doing the things he’s doing while having a soul? At times, he’s acting even sketchier than Sam’. But we’ll get to that as well. Castiel goes back to fighting his civil war in Heaven (after giving Dean a bit of snark while reminding him that he’s not the only one with problems) and Sam quickly realizes that Samuel is mobilizing his people to capture the alpha vampire. Dean wants in and, even though he and Samuel clearly don’t trust each other, Samuel agrees to let him come along, provided Dean follows orders. 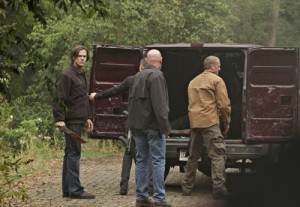 Can They Actually Show that on Television?

Off the group goes to the house where the alpha vampire is hiding. Samuel orders Gwen and Dean to stay behind while the others go inside. Dean, of course, eventually disregards that order and (after realizing this was the house from his alpha vampire vision when he was turned), sees the group (including Sam) spiriting the alpha vampire into the back of a van. Before that, he comes across a lot of decapitated vampires in the courtyard. I’m kind of shocked by the level of violence this show gets away with sometimes for a 9:00 p.m. show.

While driving after leaving the alpha’s house, Dean gets extremely upset when Sam lies to him about what happened at the compound, so he confronts him with what he knows. Sam admits that Samuel is collecting and torturing all manner of monsters (including alphas), but he doesn’t know why. Dean takes control, telling Sam that if they’re going to work together then he’s going to be in charge and Sam will have to tell him everything because his judgement is seriously questionable right now. 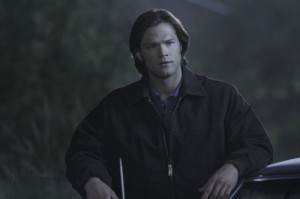 The Boys Have a Plan

Sam obviously takes Dean’s requirements (somewhat) to heart, because he and Dean return to the warehouse, where Sam tries to get in on the alpha vampire questioning. But Samuel turns him away. Sam activates the GPS on Samuel’s phone so he and Dean can follow him to where they’re hiding the alpha.

The Winchesters manage to sneak in and see Samuel confronting the alpha vampire. But this guy cannot be intimated (or even hurt, it seems). After all, he’s been around as long as there have been humans. Samuel’s looking for something and he gets frustrated when the alpha refuses to provide answers. When he leaves the room, the boys take a stab at it. The alpha quickly realizes Sam has no soul, but offers to give up some valuable information. As it turns out, Samuel’s searching for Purgatory.

Samuel and his posse confront the brothers for finding their hiding/torturing place, a scuffle ensues, and everyone puts their issues on hold when the alpha escapes. Christian is killed by the alpha, who goes after Sam and wants to turn him (because the boy with no soul will make a very good monster), but Demon Christian jacks him up with dead man’s blood.

Okay, I Didn’t See That Coming

Then guess who appears? Crowley. And that’s when things take a very interesting turn. The truth is quickly laid out for everyone. Crowley resurrected Samuel, and brought Sam’s body back. Christian had been a demon for a long time, planted in the group by Crowley. Samuel is working for Crowley and attempting to find the location of Purgatory for him. Why? Because Crowley’s not happy just being the King of Hell. He’s looking to expand, and Purgatory sounds like a nice place this time of year. Sam and Samuel are just pawns though. And now that the Winchesters know the truth, Crowley wants them to work for him. When Dean quickly rejects that offer Crowley dangles the ultimate carrot – unless the boys work for him, he’ll continue to keep Sam’s soul trapped in the cage. But if they work for him…well, Dean might just get his brother back. His whole brother. 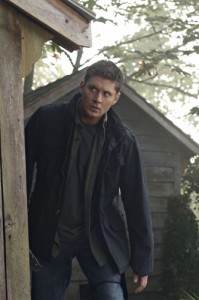 Crowley disappears and the brothers confront their grandfather. Sam wants to shoot him dead for betraying them (it looks like Sam can definitely still feel anger), but Dean lets him go. Is he worried that killing Samuel will mean Crowley never gives back Sam’s soul? Or does he not want to kill a member of his family? Crowley specifically brought Samuel and Sam back because he knew Dean would feel a connection to them – a connection he could exploit to get Dean to do his bidding.

I find Crowley’s search for Purgatory, and the ransom of Sam’s soul, to be a much more complex addition to the overall mythology of this season. I was never just going to be satisfied with wondering why the monsters were acting different. Maybe they’re acting bolder because Lucifer’s been jammed back in his cave and Heaven has lost one of its most powerful angels. I would have bought that explanation with no problems. But the search for Purgatory – and now Dean’s clear quest for Sam’s soul – makes the situation much more interesting. The question is why Crowley really wants Purgatory. Is it simply to gain more power? If he manages to take over two of Dante’s realms will he be going after Heaven next? What’s the ultimate goal for this quest?

In any event, I am now firmly on board with season 6. I cannot wait to see what happens next week (view the promo for the November 12 episode). Will Dean get tired of this arrangement and find another way to retrieve Sam’s soul? Will Crowley even honor his promise to return it? After all, he refused to return Bobby’s soul until Bobby threatened his life. What’s to say he’s not lying to suit his own purposes here?

No, things are going to be much more complicated as the episodes progress. And I suspect that Dean will have to make some very difficult choices.

If you don’t mind spoilers, Misha Collins dropped a few good hints about what’s to come. Read about it here. 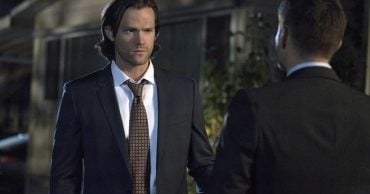 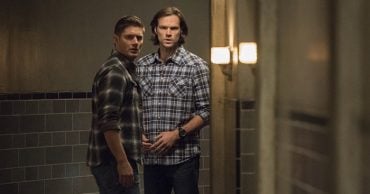 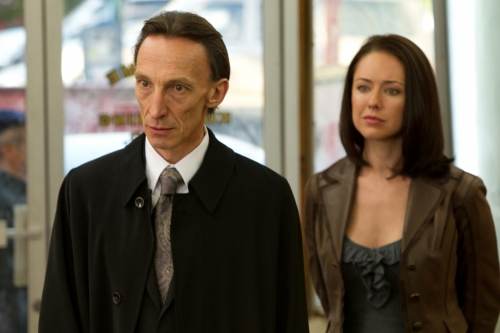 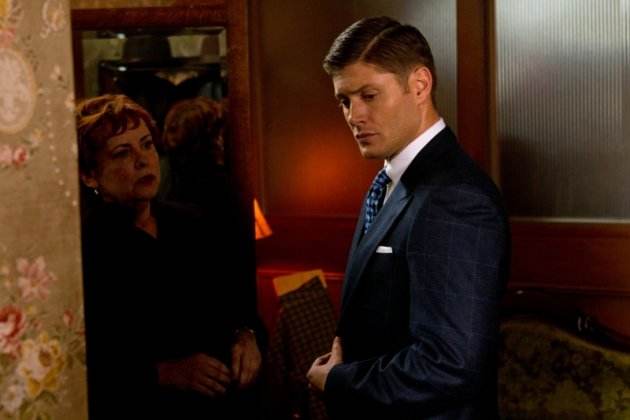 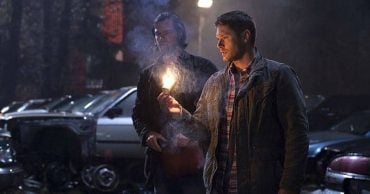 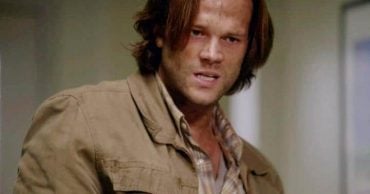