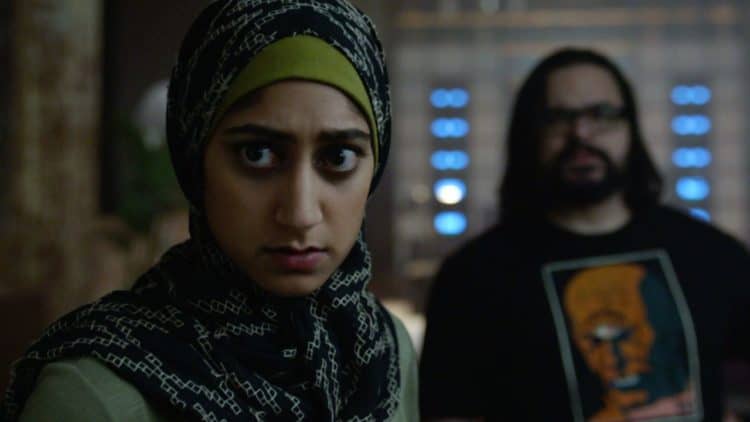 Sunita Mani’s acting career has been somewhat of a roller coaster ride – but in the best way possible. Things started taking off for Sunita fairly quickly and within a few years of getting her first TV role, she earned a starring spot in the Netflix series, GLOW. Although the show only lasted for three seasons, it gave Sunita the momentum she needed to start getting other major opportunities. Since the series ended in 2019, Sunita hasn’t slowed down one bit. She has shifted some of her attention to focus on movie roles, and she has shown that she is equally as capable of lighting up the big screen. Continue reading for 10 things you didn’t know about Sunita Mani.

Sunita is somewhat private, but she has proudly let the world know that she is married. In May 2018, she and Kenny Warren tied the knot in a beautiful ceremony that incorporated many elements of Sunita’s Indian culture. Unfortunately, however, we weren’t able to to find much information on Kenny.

2. She Grew Up Dancing

Becoming an actor wasn’t something that Sunita always planned for herself. Although she’s always loved to perform, dance was actually her first love. She grew up learning several styles of dance including clogging, jazz, and ballet. Despite her love for dance, it was never something she felt she could do as a career, largely due to the fact that she didn’t see any women who looked like her dancing beyond a certain point.

3. She Has Been In Commercials For Big Brands

Everybody has to start somewhere, and for Sunita one of those starting points was commercials. While they might not be the most flashy opportunities, they are definitely a good way for actors to gain experience while working with big brands. Some of the companies she’s worked with include Burger King and Levi’s. Recently, she also appeared in a commercial for the insurance company Progressive.

Sunita was born and raised in Tennessee, but she decided to venture away from home for college. She attended Emerson University in Boston where she earned a BFA in writing, literature, and publishing. While there she also joined an improv group. Before graduating she got the chance to do an internship with Warner Brothers.

What’s ironic about Sunita’s career is that the opportunity that originally got her the most recognition wasn’t a film or TV role. It was actually the music video for the song “Turn Down for What” by DJ Snake and Lil Jon. Since it’s release, the video has gotten more than 993 million views on YouTube.

6. She Has Shown Support For The Black Lives Matter Movement

Sunita has an Instagram following that includes more than 31,000 people, and she has made it a point to use the platform to speak up for the things she believes in. She is a strong supporter of the Black Lives Matter movement and the overall fight to end racism. She is also passionate about politics and encourages people to vote.

7. She Is A Stand-Up Comedian

Sunita has always had a great sense of humor and was considered the class clown when she was younger. In college, she really honed in on this and became heavily involved in the comedy community on campus. She has done several stand-up shows over the years and continues to lean on her comedic routes for many of her acting opportunities.

8. She Has a Blog On Tumblr

All of the Tumblr users will be excited to know that Sunita Mani is part of the Tumblr club. She has a blog on the platform called Sunita Something. She started the account several years ago and used it as a way to share photos, written work, and her resume. Sadly, it doesn’t look like she’s been active in a while.

After finishing school, Sunita didn’t abandon her writing education completely. In 2017, she wrote a short film called Snowy Bing Bongs Across the North Star Combat Zone. It’ll be interesting to see if Sunita decides to take on more writing opportunities as her career progresses.

Being a waitress at some point in time almost seems like a rite of passage on the journey to becoming an actress. Sunita is proud to say that she earned her strips. She moved to New York City after college and spent time working as a waitress. She also had a stint as an ice cream truck driver in Brooklyn.

Five Actors Who Should Play Larry King In A Biopic