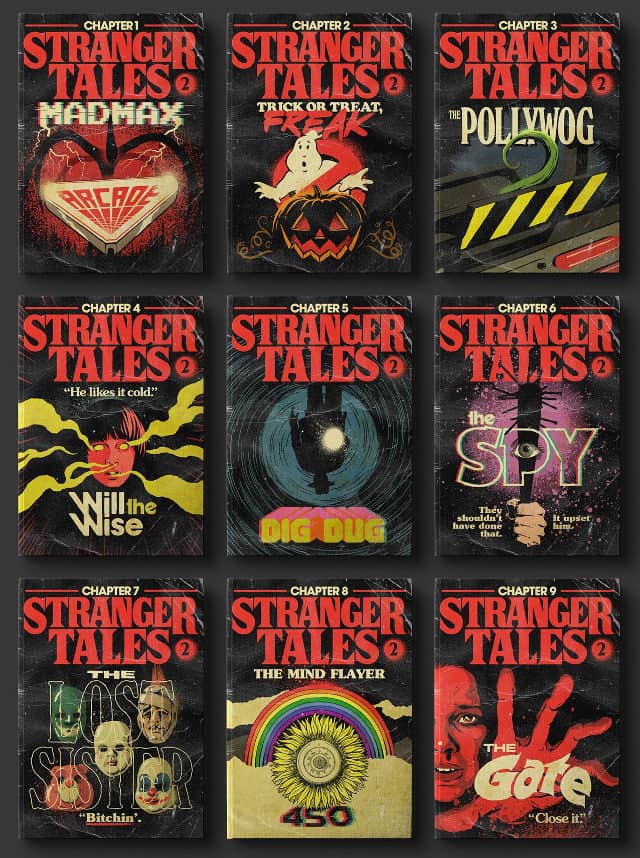 How many people would have gladly read Stranger Things if it had come out in the stores as vintage paperback horror novels? Does anyone recall when Stephen King did this same thing with The Green Mile? People didn’t know what to think at first when one small book came out, then the next, and the next after that. For dedicated fans it was a mad scramble to get to the store and purchase each new book as it came out. Back then, as I recall, eBooks hadn’t really taken off yet and paperbacks and hardbacks were still the preferred medium of most readers. I get the feeling that if Stranger Things had done the same thing that the desire to purchase each book wouldn’t have been quite as big, but it still would have been interesting.

There’s something exciting about being given a story one piece at a time, being kept in the dark about what’s going to happen next and having to guess what’s going to come. King did this so expertly that readers were almost salivating wondering what would happen to each character and how they would go. The desire for a story to unfold in such a way at this time would be kind of ruined simply because in this day and age leaks about this or that, or people that simply have to make up theories that cover the entire spectrum of the story and leave nothing to chance, feel the need to tell the story before the creators are fully ready. Every person anticipates the story in their own way of course, but the biggest problem is that things tend to leak on the internet and thus ruin the story for a lot of people.

Had Stranger Things come out in book form and done something like this however I do believe that I would have gladly read it and enjoyed each chapter. Chapter books though are becoming a thing of antiquity that no longer have a real place in today’s market. They’re still out there, but with the growing impatience of consumers and the need to binge-watch and read everything they can possibly get their hands on the anticipatory feeling is beginning to become an outdated concept as well. Does anyone remember what it was like to actually wait for something to come out? Can you recall what it felt like to know that your favorite book or movie was bound to be released to the general public eventually and that you’d finally get the chance to enjoy it?

Back in the days when it was wise to reserve a copy of your favorite book or movie it was thrilling to think that you’d be one of the first people to finally experience the rush when you had it in your hand. I believe the last time I did such a thing was with Star Wars: The Phantom Menace, and of course so many copies were produced that reserving it wasn’t even necessary. But it was the thrill of getting it just slightly ahead of everyone else.

As BB King might say, “The thrill is gone.”