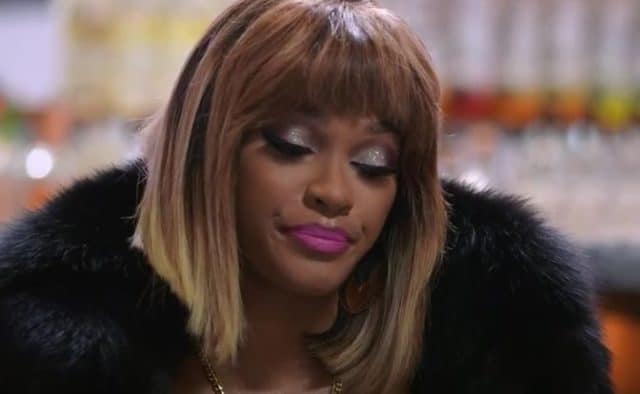 After not seeing each other for a period of 6 months, Stevie J and Joseline Hernandez met face to face for the first time.  The footage of the two talking about their baby Bonnie Bella was recorded last year but will be seen on VH1 for the first time tonight.  Joseline has concerns about why Stevie hasn’t been there for her during the pregnancy.  The conversation escalates to the point where Joseline is in tears.   Eventually Joseline served Stevie court papers to get his attention.  As long as Stevie takes a paternity test, she’ll withdraw them.

What’s odd is that Stevie J was the one who first posted an Instagram photo of the baby on December 28th, 2016.   In the clip below you can see Joseline crying and she says,

Stevie admits that his absence was due to the fact that Joseline was posting pictures with other men on Instagram, and not because his denial of being the baby’s father.   See the entire episode tonight and check out the sneak peek below: