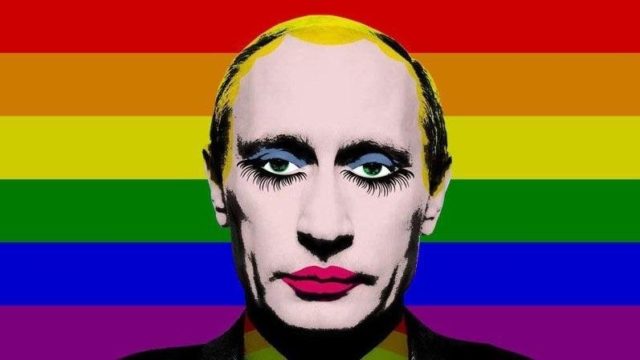 As many of you probably saw this week, the photo above has been getting a ton of press lately.  It’s an Andy Warhol-like depiction of Vladimir Putin in drag with a gay flag in the background.  The photo and others like it began circulating in Russia ever since the Russian government started putting stricter anti-gay lows out in its country.  However, Moscow literally banned this photo from being shared this week.  It prompted some Russian citizens to post even more photos like this on social media and it’s caused quite a stir here in the United States.

Stephen Colbert and his staff happened to get wind of this so naturally they decided to have a little fun with the image.  While Russia wants to quell the trend of depicting Vladimir Putin as a homosexual clown, The Late Show has other ideas.  Those other ideas involved Donald Trump, a unicorn, and Vladimir Putin topless taking a ride on a rainbow.

This cartoon is one of the reasons you kind of have to love America.  In 90% of countries around the world, a video like this wouldn’t be tolerated.  I would love to see Donald Trump’s reaction the first time he sees this. 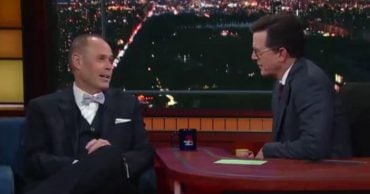 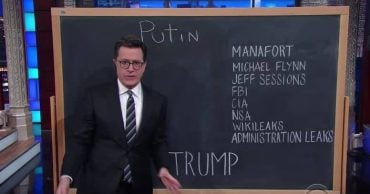 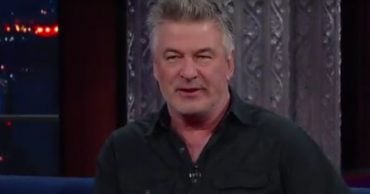 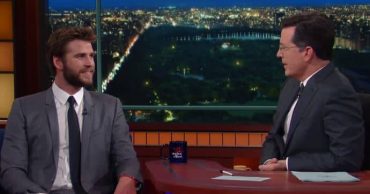 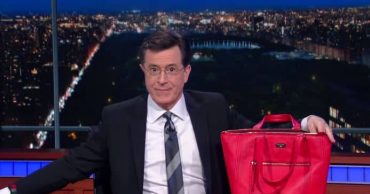 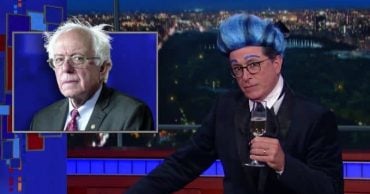