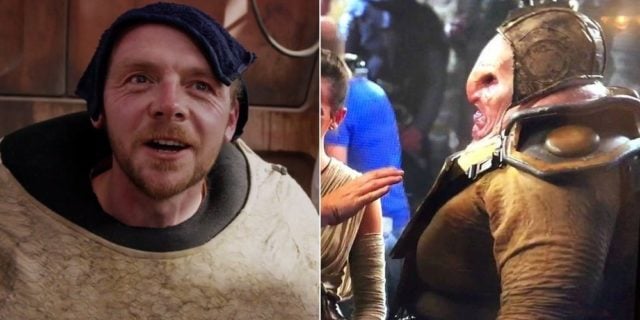 It’s not often you get to see Chewbacca express his rage physically.  While he’s super protective of Han Solo (and now Rey) we’re used to seeing him just make sounds and almost being a “gentle giant.”   However, there was a scene in Star Wars:  The Force Awakens when Chewie finally loses it and does something we’ve only read about.   In a scene where Unkar Plutt and Rey are arguing, Chewie gets enraged and decides that Unkar Plutt’s arm isn’t worth saving.   Frankly I think there are two points of view on this scene and here they are.

One the one hand it’s a good thing this was cut. I like TFA a lot, but there was a bunch of fan service so adding this would’ve only added to that and further mirrored the original Cantina Scene. It also doesn’t really fit tonally.  A wookie arm ripping could have worked after Han is killed, perhaps.  Here, it’s out of place and would have been problematic for the film’s PG-13 rating.  On the other hand…..

It speaks to the developing friendship between Chewie and Rey. It shows how he has already accepted her into his close circle of friends/family and has become fiercely protective and caring. The moment after he rips the pistol from Unkar’s hand and gently hands it back to Rey at her convenience is ever so brief but touching. However, everything after that is just Chewie getting super pissed at being attacked personally.

Which view point do you side with?  Here’s the scene: