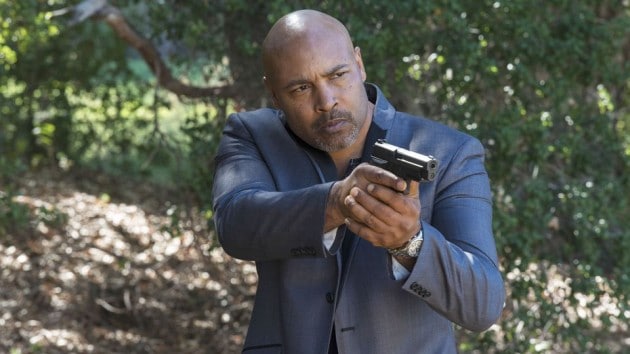 “Faith and Despondency” definitely marks the beginning of the end for Sons of Anarchy, sealing off a number of plots while setting up the rest of its narrative pins to bowl over in the final few (presumably lengthy and commercial-filled) hours. By default, this means “Faith and Despondency” is an episode of Big Moments – and for the most part, is able to deliver on a few of them, if only because the actors are finally given some material to work with during the long, looooong scenes they find themselves in. Not a whole lot of it makes any sense (or is entertaining in any kind of dramatic way), but thanks to a few strong performances, “Faith and Despondency” is able to connect with a few simple moments.

There are still large chunks of it that don’t work: the sudden attention to every single movement of Abel’s Typical Tuesday (now with added gore!) was difficult to watch, especially as scenes grew longer and longer and it became more obvious that the poor kid on-camera was struggling not to look at the camera (given the long shots they give the kid, how could they not? He looks directly at the camera at least once). When Abel suddenly starts cutting himself, it’s pretty clear that things are going to end with Abel spilling the beans on Grandma, which he does after carving a massive chunk out of his arm with a fork (an impressive feat, one possibly learnt from a father who can pull out a man’s eye with his bare hands?). I understand this is a necessary plot point, but if there’s ever a time for more exposition and less exposure, it’s here; any scene with Abel is dragged down by the combination of acting and writing, scenes that are so clearly constructed to head towards a single outcome, it feels like the script is trying to beat me over the head with the climax a half-dozen scenes before it arrives.

That being said, there are parts of “Faith and Despondency” which are able to connect, thanks to the actors finding a few simple bits of dialogue to chew on: both Drea de Matteo and Dayton Callie are masters of their crafts, those skills on full display in their respective scenes at Wendy’s house and the hospital, respectively. In an episode where everyone’s emotions boiled down to “BLOODLUST!” or “SLEEP WITH ME!”, it was pleasant to see two people grab onto what thin stories their characters have, and breathe life and color into them. Matteo is particularly impressive: her wordless emoting while Jax tells Abel (as awkwardly as possible, with the clunkiest dialogue you’ve ever heard) is a massive reminder of how often her talents are wasted on this show; just her ability to make hugging Abel such a significant (and non-cliche) moment is worth sitting through the other, occasionally painful 69 minutes of this episode. She even outshines Callie in this episode: at the end of the day, Wayne admitting he’d never shot anyone before is a handy bit of recon, even though it allows us to remember that Unser is still the cancer-stricken, beating heart at the center of the show.

However, these moments are but a small sprinkling on the mediocre sundae that is the rest of “Faith and Despondency”, which features two off-screen Jax Plans that all but eliminate every enemy he has, save for Marks himself, Lin – and now, Gemma, something I’m sure the show will use as a catalyst to wreak total havoc in the next three episodes (which I’m still saying will surpass five hours). Around that? There’s lots, and lots, and lots, and lots of people sleeping together: just look at the opening montage, which even features prison rape, played off as being romantic for jokes multiple times throughout the episode! Kurt Sutter, ladies and gentlemen!), Jax crying after bedding Winsome, and, of course, Tig and Venus, who get a super-long, deeply emotional scene full of horrible dialogue that fits nicely next to the other scenes full of great performances and ridiculous writing surrounding it. I’m not sure there’s really any thematic value to any of these events, but hey, it makes for a really naked montage that features the most interesting group of partners on television – at least that’s worth something, right?

Like the rest of this season, “Faith and Despondency” is content taking the long route on a short course, going ’round and ’round in circles before just getting to the point and killing everyone (pretty much the theme of every climatic episode this season). At least that formula can begin to end next week: with only two race-designated crime bosses remaining for Jax to take out (unless you count Marilyn “Prison Gay” Manson and Alverez, which makes four), the show’s finally going to get to the only real story of season seven: the final showdown between Jax and Gemma… which is really the only reason we’re all still here, right? 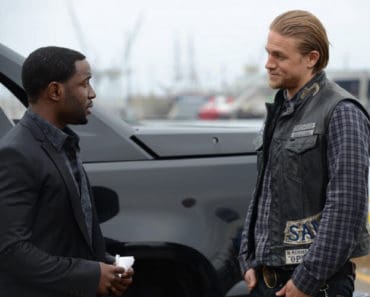 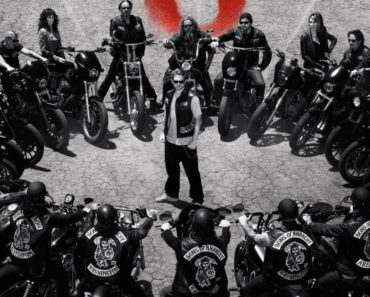 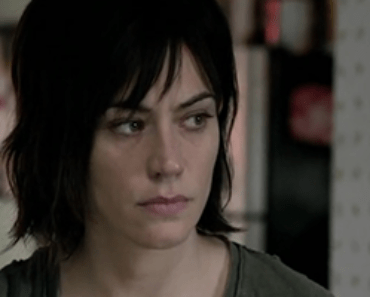 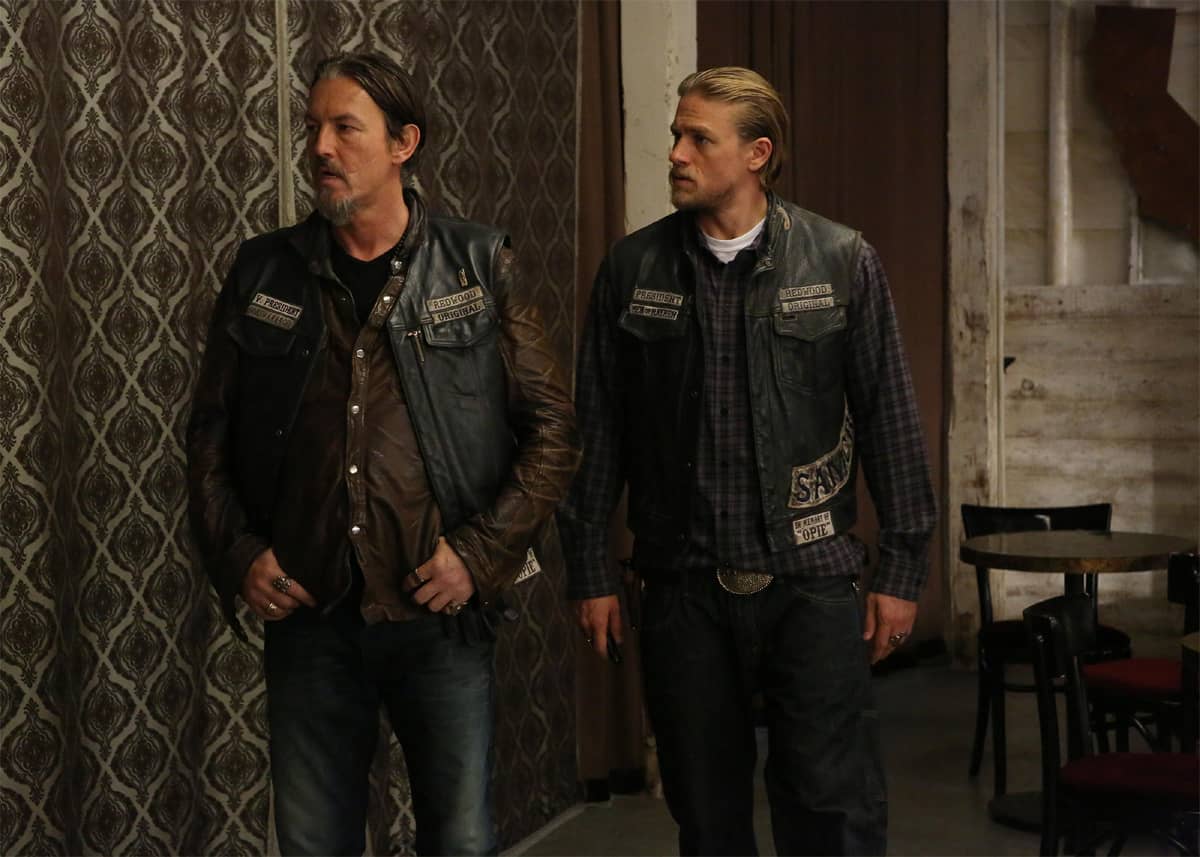 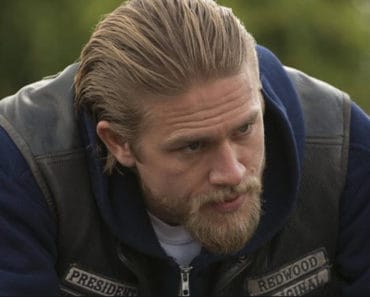 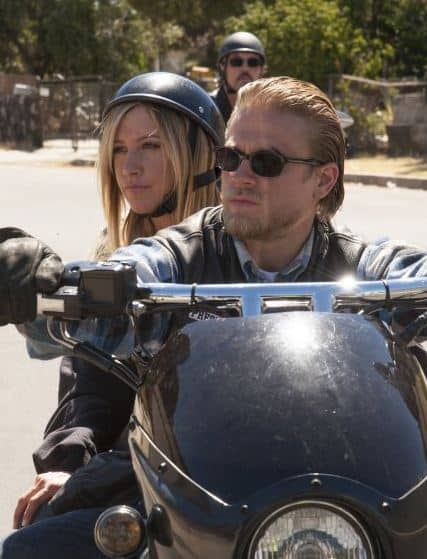