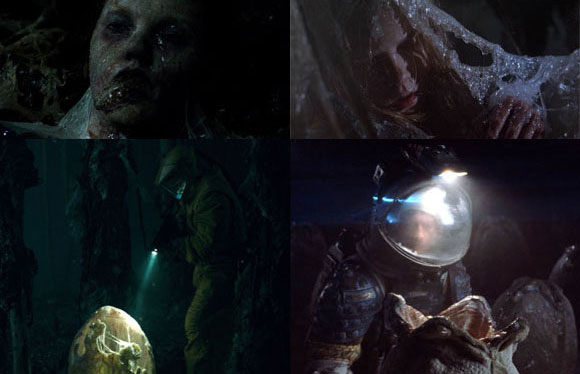 Fans of Netflix’s Stranger Things have always known that the show pays tribute to many previous cult classics from the characters to their costumes all the way to set dÃ©cor. Among all such tributes, references to Aliens have been abundant. With the second season of Stranger Things, the Duffer Brothers have given even more definition to these references. The series creators have adeptly weaved the 80s horror masterpiece into the sequel, giving us all a little bit more than nostalgia. Here are some of the similarities between Stranger Things 2 and Aliens.

The Upside Down Set

Even from season 1, the Upside Down has always reminded us of the cold and slimy world of Aliens. Season 2 has this volume turned way up, giving us similar images that clearly reflect some moments from Aliens. The egg sacs from team missions in Aliens can be identified in the show when one of the membranes closes in on Hopper late in the season. Hopper also happens to look a lot like the very first person found by the team on Aliens. Speaking of the aliens themselves, both creatures from the movie and the show are highly similar in every way: look, movement, and scare factor. We knew this from season 1, and we’re reminded again in season 2. Anyone remember the Face Huggers? They are very close to what the Demodogs are.

Eleven is one of the best TV characters that have come about in a long time, and we can’t help but remember the feeling we got when we first met Newt. Both Eleven and Newt are survivors of trauma at such a young age. Both are missing mother figures in their lives and have somehow found replacements with their adult partners, Hopper and Ripley respectively. As the second season finale came to a close with Eleven and Hopper fighting to close the Upside Down gate, we were again reminded of the Newt and Ripley duo fighting for the lives against a brood of aliens.

The use of radars in Stranger Things 2 is important to the development of the story, and the same goes for the Aliens movie. The characters Ripley, Burke, and Lieutenant Gorman used radar in order to survive the aliens. Dr. Owens from Stranger Things 2 also used radar to monitor the Demodogs’ movements. The moments from the movie and the show are equally iconic and essential to the storytelling.

Even with technological developments in the sound effect area, there’s no denying the power of the 80s sound, which focuses primarily on reaching for that depth of primal fear. We experienced this as we watched the movie Aliens, with the unforgettable high-pitched squeals of the creatures engraved in our minds. We hear that same sound in Stranger Things and more of it in the sequel with the screams of the Demodogs. The screams indicate that something sinister is close by and that something bad is about to happen. We know many terrible things happen in both the show and the movie, and the haunting sound effects only aided in their horrifying delivery.