Home
Movies
Fantasy
Should There Be a Fantastic Beasts 4? 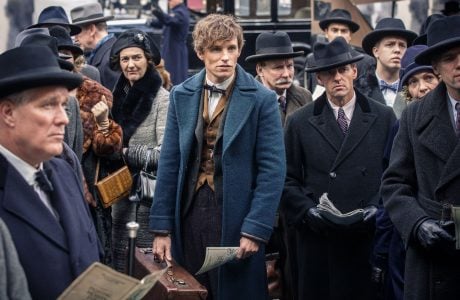 Now that Fantastic Beasts 3 is out and able to be viewed by the fans, it’s fair to think that a fourth movie will be in the works eventually, right? Should it be though? How the third movie ended (Spoilers) kind of indicates that there’s a bit of confusion as to what might happen. The idea of Grindelwald being the ultimate enemy for the era created in these last three movies was great, and even the way the second movie was left ended up extending the excitement that had been built. But unfortunately, the third movie didn’t really push the idea in a manner that might have been capable of keeping people interested for a fourth movie. It’s not impossible to think that the fourth movie will emerge since certain factors will no doubt come into play that make it possible for the fans to maintain their excitement, but at the same time, it’s a question of whether it should. There are instances within the movie that makes one think that there are ways to keep the magic moving forward, but how they’re presented does make it tough to think that this series should be allowed to keep going.

At the end of the day, it does feel that it should since the story isn’t over yet, and there’s a great deal of time between the final battle between Dumbledore and Grindelwald that needs to be covered. But perhaps it’s time to consider a streaming series that might better serve the story since it would allow for far more to be shown and a wide-ranging story that could fill plot holes and fix continuity issues that a lot of people should be able to admit exist. It’s not something that feels like it would be possible to conceive of since the thought that there’s too much money to be made by keeping the movies on the big screen is a little too convincing. But the truth is that at this point it does feel as though the Fantastic Beasts series might be better served by moving to a streaming service, if only because the amount of detail that people could focus on would increase.

But the specter of wondering where Grindelwald went by the end of the movie, and what it would mean for the wizarding world, is confusing and kind of frustrating. A good story doesn’t have to divulge everything, but at the same time, it does feel as though this third movie made a promise that it didn’t keep. The secrets that are highlighted did start to see the light of day, but the truth is that they’re not exactly secrets that fans have been unaware of over the years since Dumbledore’s character and his history have been pored over since before the Harry Potter series was concluded. For one, it was already established that he was gay, and yet it hadn’t been leaned into that hard over the years, which is why the full reveal in this movie is getting the attention of many fans that wonder why it hasn’t happened before now. Also, the details about Dumbledore’s sister have already been revealed over the years, so that’s one more secret that wasn’t really a huge revelation.

In short, the title and the trailers were a bit underwhelming since there wasn’t much that people didn’t know about, and the ideas that people were hoping to see in the movie didn’t come off as effectively as they could have. It does reveal a failing of Grindelwald that’s rather confusing since the events of the second movie made it clear that he was amassing an army and was intelligent enough to wage a war without having to step out of the shadows that often. This is a wizard that managed to actually compel the loyalty of his followers and had ways of making certain that they remained loyal, which makes his step into the spotlight kind of confusing since there was no need to do so. His arrogance was a huge issue, and his one glaring weakness, his feelings for Dumbledore, made it clear that he wasn’t infallible and that he could be defeated.

But still, such a powerful force shouldn’t have had any problems with remaining hidden most times, with the need to step into view only occurring when the need was that great. Grindelwald came off as much smarter and much more secretive in the second movie than he was in the third. And like it or not, the Qilin, the creature that would have given him the legitimate power in the wizarding world, was a little bit ridiculous. Granted, having someone pure of heart as a leader would be ideal, but the idea of who Grindelwald is should make it quite clear that he wasn’t the type of person to follow. In other words, the fourth movie, if it happens, has a lot of ground to cover and a huge hurdle to get over.