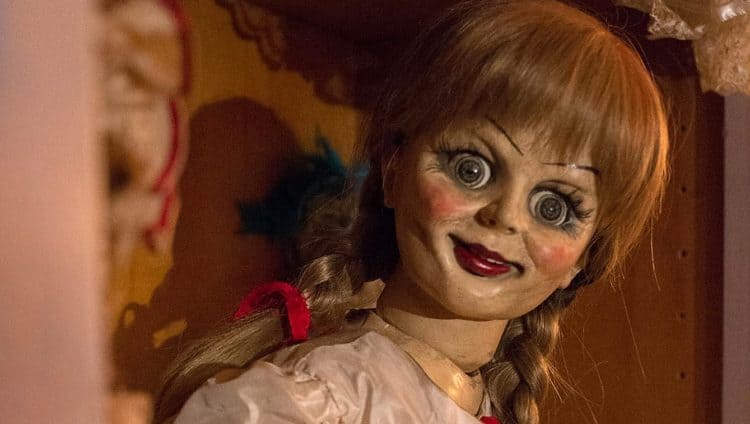 In 2013, James Wan introduced the world to The Conjuring, with the focal point being paranormal investigators and demonologists Lorraine and Ed Warren examining the strange supernatural activity within The Perrons home. During that movie, Annabelle was briefly introduced; With The Conjuring going on to make $319.5 million worldwide, a new movie universe was born. Naturally, a creepy doll and horror go hand-in-hand at this point, so the first spin-off was Annabelle, starring Annabelle Wallis, Tony Amendola, and Alfre Woodard. The film was a prequel to the original Conjuring movie and explained how the creepy goth doll became possessed. Long story short, devil worshippers tried to summon a demon; however, their plan ultimately failed. During the craziness and chaos, the doll became cursed and stalked Mia and her husband throughout the remaining runtime. Despite terrible reviews, Annabelle made over $250 million worldwide, and the film spawned two vastly superior sequels: Annabelle: Creation and Annabelle Comes Home. In total, there are eight films in The Conjuring universe; however, Annabelle takes the cake for the worst of them all. Let’s dive deeper into the reason why Annabelle was such a bad movie.

It Was Made By The Director Of Mortal Kombat: Annihilation

No one is proclaiming that the first live-action Mortal Kombat film was a masterpiece. It was a cheesy 90’s film that had a certain charm to it. Basically, it’s a fun guilty pleasure. However, Mortal Kombat: Annihilation is horrendous. The acting, directing, and special effects were beyond bad. Granted, one movie doesn’t always define a film director. David Fincher (Seven, The Social Network, Fight Club) made Alien 3. Ridley Scott (Gladiator, Blade Runner, Alien) made A Good Year. Francis Ford Coppola (Godfather Trilogy, Apocalypse Now, The Conversation) made Jack. There’s plenty of other high-profile directors who made a stinker or two in their careers. Unfortunately, John R Leonetti’s filmography as a director is full of bad movies. His highest-rated movie as a director has a whopping 29% on rotten tomatoes; Those films are actually Mortal Kombat: Annihilation and The Silence. Nothing against the veteran filmmaker, but it’s clear that Leonetti didn’t have the chops to craft a strong horror film. The main issue appears to be that the director has failed to evolve as a filmmaker. There’s nothing about Leonetti’s film that makes him stand out in a way Fincher or Francis Ford Coppola does and his ability to tell a good story is basically non-existent. Speaking of story, that leads to the next point.

The Movie Was Incredibly Bland And Boring

Annabelle was pretty much a reboot of nearly every supernatural horror movie ever made. Honestly, there’s truly nothing wrong with that. The Conjuring is far from an original movie; however, the reason so many people have the James Wan film on their “best of” lists is due to the fact that it’s a well-crafted horror movie. Great acting: Check. Genuine scares: Check. A solid cast of characters: Check. Unfortunately, Annabelle doesn’t check off any of these boxes. The scares lack any true tension. The jump scares are non-effective and the characters are as exciting as watching paint dry. No disrespect to Annabelle Wallis and Ward Horton (or to anyone in this article) but there’s nothing about their characters that makes anyone connect to them. We don’t know much about the two leads and their personalities are neither fun nor intriguing. The only character that makes a splash during this movie are the cultists; however, they ultimately die early in the film. Had the writers added an interesting backstory to Mia or if the married couple wasn’t penned as perfect people with a little ghost problem then the film wouldn’t have been a slog to get through. Mia isn’t really battling any inner or outer demons that make her relatable. Yeah, yeah, she’s fighting with a possessed ghost but that doesn’t help the audience build a connection with her. With a story so unimaginative, this film needed a cast of strong characters and unfortunately, Annabelle doesn’t have that.

The Demon Is Nothing Special

Unfortunately, there’s nothing interesting about the demon. Don’t get me wrong, I wasn’t expecting a colorful villain like Freddy Krueger or Chucky; however, there’s simply no life injected within the demon. It’s one of those “I’ll scare you until the script commands I kill you type” villains. The demon is pretty much on the nose throughout the film and once you get a good look at the monster then you notice the cheap party city costume. As previously stated, if the script isn’t going to be original then it’s important the story is good and the characters pop. Luckily, if you want to see a good Annabelle movie then I do recommend the two sequels following this film. 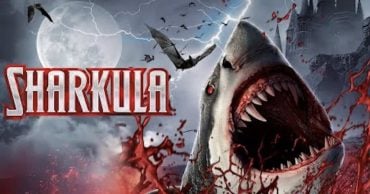 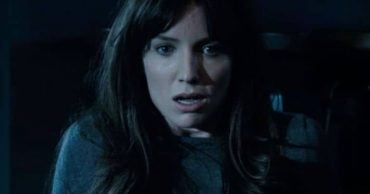 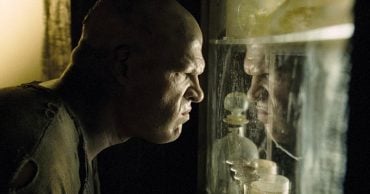 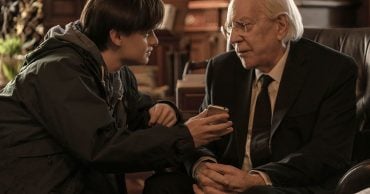 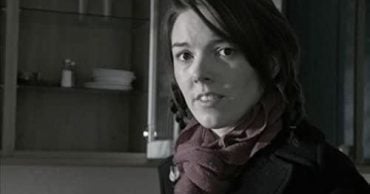 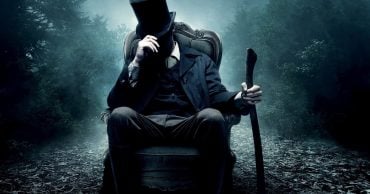