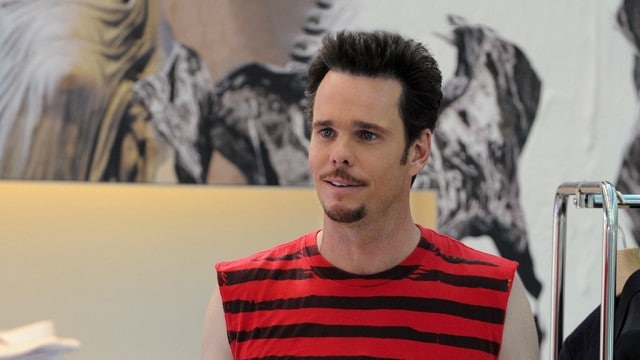 There are always certain television characters we hate for one reason or another. They may be too loud, too quiet, too whiny or just too unrealistic. But sometimes, the show’s creators realize the massive amount of hatred directed toward these characters, and decide to stage a redemption for them instead of simply killing them off. Here are seven TV character that we used to hate, but we slowly grew to love as time went on.

When 30 Rock first started, I was pretty skeptical of the show as a whole, and Tracy Jordan was one of the primary reasons. It took me about a month to realize that Tracy Morgan was NOT using his real name on the show (I thought his last name WAS Jordan), and the whole concept of the character annoyed me.

Jordan was essentially an exaggerated version of everything I’d seen Morgan already do, and his actions went from goofy to absolutely cartoonish.

But then, you got used to it. And I think it did happen right around “Werewolf Bat Mitzfah.” These days his interactions with Kenneth, Jenna and Jack make for some of the shows best scenes, and honestly I wouldn’t have him change a thing.

Chloe has always been easy to hate. She has about four different types of personality disorder, including one that makes her sigh and roll her eyes at absolutely everything that happens, and another which makes her face permanently twist into “pout” mode.

But here in season seven, now suddenly everyone loves Chloe, myself included? Why? What brought on this change of heart? Honestly, I don’t think there was any one moment in particular, and I think Chloe has benefited from the greatest gift a 24 character can receive: longevity.

Yes, simply because she hasn’t gotten herself shot, stabbed or blown up in seven seasons, that means by default we feel some sort of attachment for her. Very few people survive with Jack for very long. The three longest to date are Tony Almeida, Aaron Pierce, Mike Novak (but he disappeared) and Chloe, and we do love her for it.

Unlike most of these characters on the list, Chuck Bass grows on you quickly. At first you can’t fathom that anyone is that much of a perverted, charming skeezeball, but after a few episodes you went from being annoyed to just rolling your eyes and saying “oh, that Chuck Bass.”

Sure I don’t think anyone actually looks, dresses and acts like Chuck in real life, but who cares about real life? You’re watching Gossip Girl, and whether it’s blackmailing the entire Skull and Bones society or getting mixed up in an Eyes Wide Shut sex club, Chuck is always there to bring the delightful absurdity.

For a very long time, I simply viewed Chloe (yes, there are two Chloes on this list) like she looks in this picture. I thought her character solely existed to make unpretty fourteen year old girls relate to a character who would never get the hunky man of their dreams. She’s quirky, peppy and speaks in ridiculous analogies, and she crawled all over my nerves for years.

But as times changed and Smallville got progressively more ridiculous, Chloe was a constant. Her cheery demeanor was often the only thing penetrating an increasingly dark show that used to be fun, and granted, I stopped watch around season six, so I can’t really speak past that, but if she’s not dead (is she?), I’m assuming she’s still bringing sunshine and cheer to dreary Smallville.

When the Scranton branch and the Stamford branch combined in season 3 of The Office, things were not looking good. It seemed like a gimmick to “shake up” the show, kind of like the tail section of the plane on Lost.

There was Karen, who we hated because she was distracting Jim from his one true love, Pam, there was the fat guy, the young black guy, the nursing mom and there was Andy Bernard, the preppy douche. He would constantly kiss Michael’s ass, putting him on the outs with Dwight, and there didn’t seem to be much more to him.

However, as all the other newcomers bit the dust, Andy was left standing, and as he was able to come out from under the “suck-up” shadow and upon his return from an extended “anger management” stay, we grew to think of him as one of the more awesome characters on the show. Not an easy feat considering the company he’s in.

Lost didn’t really know quite what to do with Charlie most of the time. They constantly had him lapsing in and out of drug addiction, and plagued him with hallucination that almost made him drown a baby in the ocean, making him an outcast among the general public.

His back stories weren’t particularly interesting or relevant, and he didn’t really seem to have a real place. But towards the end of his life, Charlie found his purpose. He cleaned up his act once and for all, and fully took on the role of surrogate father to Aaron.

His final act of sacrifice in the Pearl is one of my favorite Lost moments, and even though in retrospect it probably did more harm than good, at the time seemed like a full circle character arc that ended nearly perfectly.

I remember watching the first few episodes of Entourage, liking it for the most part, but everything I listened to Johnny open his mouth I’d say, “is this guy serious?”

He seems to overact in real life as much as he does on the screen, which is probably why his actual roles are few and far between. He alternates between sensitive cry baby and MUSCLE MILK! douchebag, and I could never really figure him out.

But I think it was Comic Con, when he donned his former Torvald armor that I got it, I saw the former eighties star, and everything he did was just an attempt to stay cool and relevant. Now frankly, Johnny has become the most believable character on the show.