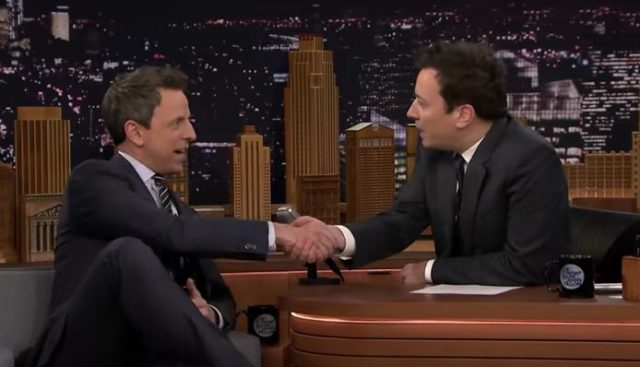 While Seth Meyers and Jimmy Fallon work in the same building, they don’t see each other nearly as much as people think.  In fact, the two remarked that it had been three years since they last saw each other.   It was fun seeing the SNL alum catch up.  Topics discussed were the fact that these two now have children.  They bonded over cute pictures of Seth’s baby Ash.   The two compared stories about how much they bombed particular skits on SNL.  But the topic that everyone’s talking about today is which one gets credit for getting Donald Trump elected.

Of the two late night show hosts, Meyers is far and away the more critical of Donald Trump but each took responsibility for feeding the media frenzy that ultimately led to Donald Trump being in the White House.  You might recall that Jimmy Fallon got criticized because whenever he would have Trump on The Tonight Show he would be “too nice” and not press Trump on issues that were surrounding him at the time.

But now, since Trump is already in office, the two can go back to making fun of him on a nightly basis.  While plenty of people have taken credit for Trump landing in the White House, ultimately it was probably the people who sat at home and didn’t vote.  Check out their exchange below: 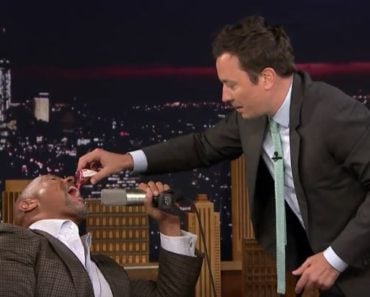 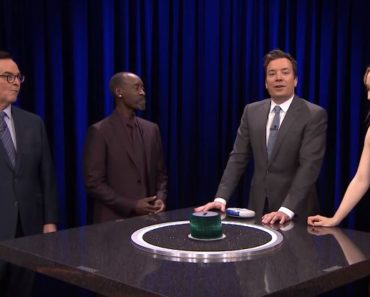 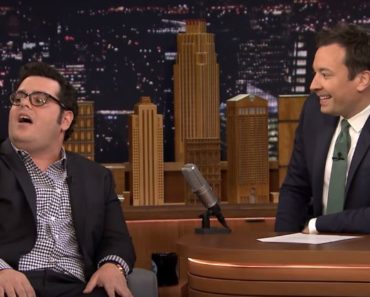 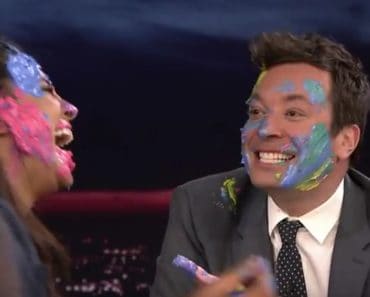 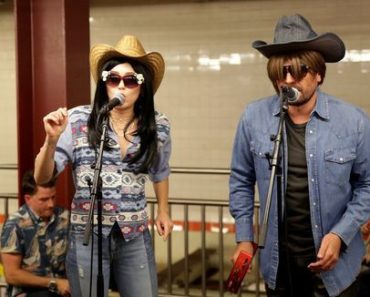 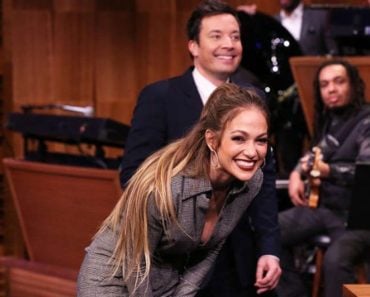