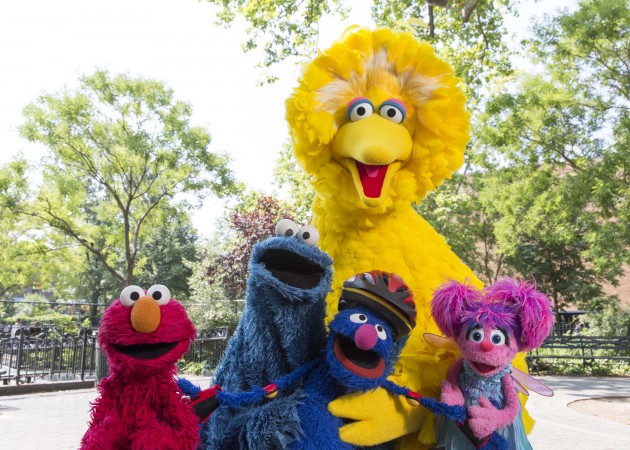 “Can you tell me how to get, how to get to Sesame Street?” Oh how that takes me back. Remember when it was still only on PBS and you’d get those grainy but definitely active shots of the cityscape as the opening theme started up? Oh those were the days. Sesame Street has been around for such a long time that it almost makes me feel old to remember so many of the characters. However I think that just proves that no matter what generation watches the show it’s been a proven learning experience for so long that it really should be used as a model for more and more kids’ shows. Sesame Street is coming back for its 48th season now and will have a primetime special on HBO that will be focused on the core concepts that Sesame Street has been utilizing for so long.

There will be a large cast of stars that will be coming by the show to interact in many different ways, and the initial episode will follow Elizabeth Banks and a few of the Sesame Street regulars as they navigate the show and it’s many different concepts. Throughout it’s long history Sesame Street has always thrived on the guest stars it could pull in and has also done well by allowing them to bring their own brand of humanity and compassion to the main theme. Overall this show is all about unity and the need to exist as one race and one people, a concept that’s been a unifying concept of Sesame Street since it’s inception.

Some people might have found it odd that some of the characters would have been included in the show for so long, such as Oscar the Grouch, the Count, and even Cookie Monster. If you look at these characters from a present day standpoint you could argue that Oscar is a very antisocial individual who just happens to be homeless, while the Count is, well, he’s a vampire somehow living peacefully among his fellow neighbors, and the Cookie Monster is a walking, talking obsessive-compulsive disorder mixed in with serious impulse control issues coupled with a touch of bulimia nervosa.

But once again, that’s the current era talking and not anything even close to common sense. Oscar is a grouch of course and yet he’s still the grouch with the heart of gold no matter what he might say. The Count is a fun-loving eccentric character that loves to count things and is more or less one of the friendliest guys on the block. And Cookie Monster, there’s no way that he’s anything but a carefree blue, hairy monster with a very large passion for cookies. Psychoanalysis does not belong on Sesame Street no matter how easy it might be to label the characters in so many different ways. It’s not so much masking anything from kids, it’s more like allowing them to enjoy the imagination of the show while learning how to treat their fellow human beings. Putting labels on a show like this is not at all necessary.

Sesame Street is a fun place, where people treat one another with respect and don’t bother to label them.