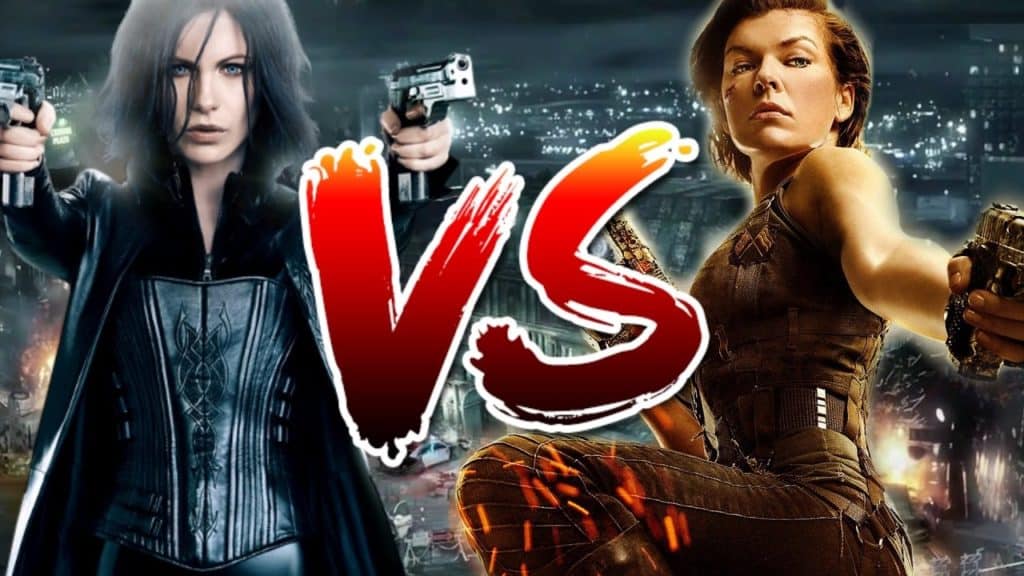 It’s easy to bet that plenty of fans would be leaning one way or the other when it comes to a fight between Selene, the Death Dealer, and Alice, the T-Virus infected badass of the Resident Evil movies. What’s really funny, and might even be pointed out by a lot of fans, is that Alice wasn’t a part of Resident Evil until the movies started rolling out, and eventually she was simply accepted into the ranks. But pitting a centuries-old vampire, one who’s also a skilled fighter with plenty of combat experience, against someone that was juiced up with a specialized form of a killer virus, kind of feels like a tense battle that might depend on a lot of variables. This almost sounds like a battle that The Deadliest Warrior would have taken on had the show lasted more than three seasons, but given that things were getting kind of silly on the show after a while, it’s fair to think that this would have undermined the whole idea once again since they started off with warrior classes and went to specific warriors, which was hard to accept, and then finally ended with vampires vs. zombies, which is close to what this battle might be like.

Here’s the thing, Selene is someone that was alive and learning to kill monsters before Alice was even a thought, or rather before her genetic donor was even a thought since it was revealed in the movies that Alice has been a clone the entire time of a woman who was afflicted with a disorder that caused her to age rapidly. But the point is that Selene has been around a lot longer and has the added combat experience that can cause the battle to lean her way, though Alice does bring a healthy amount of combat expertise to the fight, which might still lean in Selene’s direction when it comes to having a few tricks up her sleeve. But there is the idea that Alice might try something unconventional since this has been her thing throughout the movies.

Getting into their use of weaponry would be kind of pointless since they’d likely find themselves even in this field as well since while they both are experts with firearms, they’re also both able to use explosives, knives, and other weapons as implements of destruction. Where hand to hand combat might offer a different view is the fact that while both women are quite a bit stronger than a human in peak condition, Selene has the advantage of being a hybrid, meaning she has all the strengths of both lycan and vampire, but none of their weaknesses, apart from being vulnerable to a massive amount of damage over a short period of time. One has to remember that her lover, Michael, came back after being impaled through the heart, meaning hybrids are insanely tough to kill unless they’re torn to pieces or eradicated in another manner. Alice, on the other hand, can be killed in a lot of different ways, but the fact is that she won’t sit still to let someone take her out.

When talking about speed, durability, and overall stamina, it’s still tough to call, but Selene would still edge Alice out since it’s been seen that Alice does tire a little quicker in the movies, and it is a lot easier to damage her in a lasting way. She’s been beaten, cut, shot, stabbed, and even had the top part of several fingers lopped off by a laser trap, but she’s kept going. Her resilience is impressive, but there are only a couple of things that might really give her an edge on Selene, and one of them is the telekinetic power that was given to her in one of the later movies. Even this isn’t perfect however since while she does have an amazing amount of control over it, the ability drains her in a way that actually begins to harm Alice after a while. The only other edge she might have on Selene is the army of clones that she eventually makes use of. They’re not exactly tough to kill when it comes to putting them up against someone with a bit of skill, but if Alice were to bring enough of them against Selene it would be a tough fight that the Death Dealer might not walk away from.

In the end, the two main advantages that Alice could use to press the Death Dealer would be useful and possibly enough to give her the advantage, but more often than not it feels as though Selene would be able to anticipate, out-fight, and out-gun Alice in a lot of different ways since those centuries of experience are more than enough to make it clear that Selene has seen and done quite a bit that could help her to take Alice down. It would be an intense fight though, there’s no doubt of that.