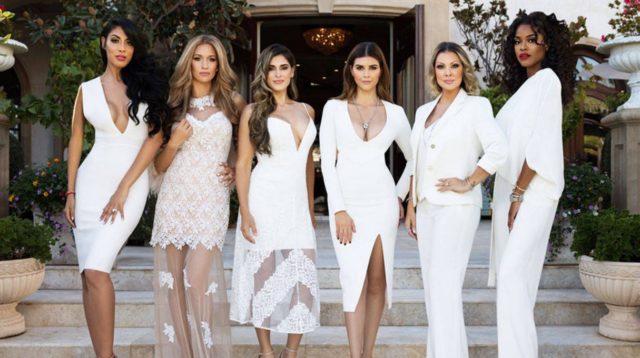 Like its name suggests, Second Wives Club is an American reality TV show about women who are either the second, third, fourth, or fifth wives of rich and successful men or soon to be so. As a result, it provides a fair amount of information about both their personal and their professional lives, which should prove fascinating to those who are interested in such matters.

Here are five things that you may or may not have known about Second Wives Club:

The Name Is Inaccurate

Despite the name of the reality TV show, most of the participants are not second wives. For example, Shiva Safai is Mohammed Hadid’s fiance, but if the couple were to get married, she would become his third wife. Likewise, both Katie Cazorla and Tania Mehra are fiances, while Shawna Craig is Lorenzo Lamas’ fifth wife. With that said, Second Wives Club is still the more appropriate name for the reality TV show, seeing as how it gets the message across in a much more effective and efficient manner than otherwise possible.

For people who are interested in such matters, Shiva Safai should be a familiar figure, seeing as how she is fiance to Mohammed Hadid, who in turn, happens to be father to five children including Gigi, Bella, and Anwar Hadid. However, they might be interested to know that she met her future fiance when meeting a friend for lunch, where he happened to be planning to have lunch with a friend as well. Afterwards, the two connected through Facebook before moving forward from that point on.

Both Veronika and Michael Obeng had two children from a previous marriage before getting married. Afterwards, the two had three more children, meaning that Veronika is mother to eight children in total.

Michael Obeng Has Sued the Show

Unfortunately, Veronika and Michael Obeng are set to divorce. In 2015, Michael Obeng agreed to appear on the reality TV show for the purpose of promoting his business as well as putting a spotlight on his happy marriage. However, Veronika filed for divorce in 2016, which was followed by Michael suing to prevent the E! cable network from either airing or promoting the episode in which he appeared on the grounds that it forced him to behave in a manufactured manner that could do damage to his practice.

Shawna Served As a Surrogate Mother For Lorenzo’s Daughter

It is interesting to note that Shawna served as a surrogate mother for Lorenzo Lamas’ daughter, Shayne Lamas. Considering the wide range of challenges that come with being pregnant, this speaks volumes about the depth of Shawna’s feelings as well as her general character. All in spite of the fact that Lorenzo Lamas’ career is no longer as successful as it once was, meaning that while Shawna is still comfortable, her lifestyle is not quite as lavish as some of the other participants on the reality TV show.