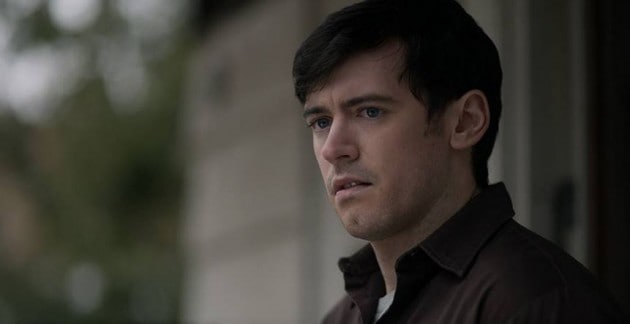 While enjoyable, Between has been a flawed show since the beginning. It’s had plenty of ups, but it’s also had plenty of downs. Coming off of a very disappointing episode, let’s see how the second half of the season plays out, beginning with “Love Hurts.”

The episode opens with a dream sequence, and it becomes clear that multiple people in the town are having trouble with the loss of so many loved ones. It is a really interesting aspect to focus on, because we haven’t gotten this intimate of a reaction to anyone’s death so far, surprisingly. Unfortunately, this emotional connection fades away after the title sequence.

Meanwhile, Wiley and Ronnie begin bonding after she stayed at his house with her baby, much to the chagrin of his housemates. The cool thing about these characters from an audience perspective is that they’re both wild cards. We know that Ronnie isn’t a great person, but all of his actions still tend to waver between good and bad without having him settle on any side. Wiley, on the other hand, is usually presented as a protagonist on the show, but her actions as of late have given a new side to the character that we didn’t see in the beginning. It’s nice that so many characters on Between are becoming more complex, because it’s definitely more interesting to watch interactions between equally complex characters than those that are simply one-dimensional. That said, Ronnie makes a pretty poor decision in “Love Hurts” that doesn’t at all end well for him.

Something that does strike me as sort of odd is the rate at which the town of Pretty Lake is descending into chaos. The episode opens by telling us that it’s only been nineteen days since the quarantine began, but it’s almost as if this has been the status quo for months based on the positions that each of the residents are in. In some ways, it’s like the show is descending into becoming a parody of what it began as, and that is a real shame. Still, though, the vibe is as creepy as ever, and the acting (for the most part) has managed to surpass the tragedy that it was in the beginning. In particular, it’s become incredibly interesting to watch the progression of Chuck from spoiled rich kid to lawman. He’s definitely got a dark side, but you can see that he truly does care about what happens to the town he lives in and wants to make sure that some level of order remains. His desire for vengeance over the death of his sister, however, does lead him too close to taking the law into his own hands, and it’s clear through some of his decisions that he isn’t as qualified as he would like to think he is. The show falls back to Gord being the moral compass and possibly the best surrogate for the audience, but it’s somewhat of a shame when we realize that it’s hard to connect to so many of the leads.

“Love Hurts” suffered from incredibly slow pacing for the most part, but it ended strongly and had its moments throughout. There’s still been a very steep drop in excellence since the show’s second episode, but “Love Hurts” was, at the very least, an improvement over what we got last week. Even with its lows, though, Between is a pretty engaging series that somehow continues to manage to keep you interested in the way things will play out.

What did you think about “Love Hurts?” Do you think this Netflix series justifies its existence? Let us know your thoughts down below!