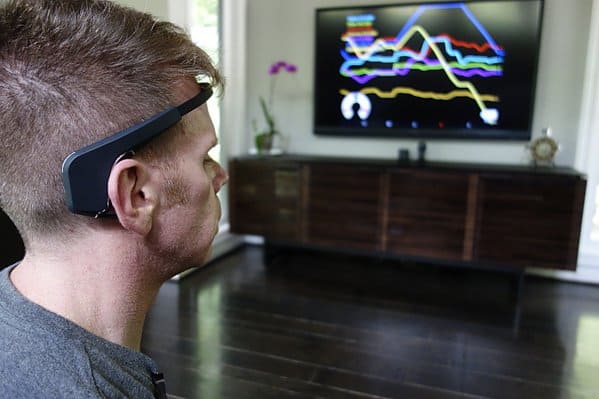 Dark Net got off to a great start in its first episode, providing a non-judgmental look at how technology can be used for both good and bad (and places in-between) in today’s modern world. In the docuseries’ second episode, titled “Upgrade,” we get to see another look at the dark side of technology while shifting gears to another large subject.

In “Upgrade,” we take a look at, essentially, hacking the body with technology (or “upgrading the code,” as one of the episode’s subject states). Through the episode, we see “bio-hackers,” or people that implant their bodies with technology, and the ways that technology can “improve” (depending on your point of view) the human body. It also explains how this type of implanting has become more and more accepted over time, moving away from unindexed websites and into the open. With the good, though, always comes some bad, and horror stories abound about implanting that goes wrong.

Implanting is just something that’s hard to wrap my head around (knowing how frequently I replace physical technology with new upgrades already), so the easier to understand story in “Upgrade” is definitely the one that concerns wearables and external devices. It’s so crazy to consider just how much of our lives and analytics can be controlled and studied through extensive use of external technology, and “Upgrade” really puts that into perspective. Just as before, too, the filmmakers do an admirable job at presenting these controversial topics in a judgment-free manner. I know that a lot of critics have, more or less, bashed Dark Net because of the fact that it doesn’t take a particular stance on whether the episode’s subject is good or bad, but that complete lack of bias is exactly why I like the docuseries so much. Coming off of a great documentary series like Making a Murderer that pretty much guides you to your conclusion, Dark Net just presents the facts in a way that allows you to make up your mind on your own.

The craziest thing about “Upgrade,” though, is how closely it mirrors (pun intended) the series Black Mirror. In my previous review, I mentioned Black Mirror as a comparison because of the somewhat dystopian atmosphere created by the technology, but “Upgrade” reminded me so much of the episode “The Entire History of You” from Black Mirror. If you haven’t seen that episode, I highly encourage you to check it out on Netflix. Whereas Black Mirror shows you what could possibly happen with our extensive use of technology, Dark Net shows you what is already happening because of it. If nothing else, Dark Net is a fantastic companion series to the other.

“Upgrade,” in my opinion, was less bizarre than the series premiere, but it was still just as captivating (if not more captivating) as the standard set by “Crush.” The strength of the second episode tells me that this series is going to be something special, and I can’t wait to have conversations with others about the implications and possibilities of this reliance on technology.

What did you think about “Upgrade?” Are you as captivated by Dark Net as I am? Let us know your thoughts down in the comments below, and be sure to check out this week’s new episode of Dark Net this Thursday night on Showtime!

The second episode of Dark Net continues the docuseries’ strong and unbiased look at our growing reliance on technology.