This episode exemplified for me that which makes Scrubs stand above the typical sit com. To summarize the show, JD and Turk skip plans for a long-anticipated dinner to stay by the side of a dying man with no family. You might think this would make for a morose and dark episode, but you would be wrong. Well, the episode is dark, but in a lighting sense. The episode takes place during the overnight shift and the lights are dimmed accordingly. The lack of hustle and bustle of a daytime scene also adds to the serene and contemplative tone of the episode. As usual, Scrubs takes a serious subject, adds real laughs, poignant moments and a subtle yet touching ending.

JD and Turk are excited about ‘Steak Night’, a yearly tradition of theirs for the past decade. In fact, the have a song to celebrate it. This year, they are so excited about it they add a dance. Whenever the dancing starts, you know it’s gonna be a good time. Just before they can go,a nurse asks them to change an IV. They agree and this is where they meet George Valentine. He has Ischemic Bowel Disease. He is dying. Like, dying dying. Not on his way to dying in a few months, it’s coming pretty much right away. They ask him if there is anything they can do for him and he asks if he can have a cigar. Since that would explode the whole hospital he settles for a beer, which the boys gladly go out and get for him. They also somehow end up getting a flare gun and condoms, apparently because JD felt the store clerk thought him unmanly for just getting a single beer. George savors his beer, thanks them, and tells them they can go ahead and leave since his family is due at any minute. JD and Turk run into Ted, who is working on George’s will and he reveals that the man has no family. They decide to keep going to Steak Night since, as JD reasons, he will be sure to get compassionate care from the other doctors still on duty. Cut to Denise in George’s room, attempting to ‘relate’by getting personal with him. This involves a story about the ‘chubster’she picked up and brought home the night before (fat guys try harder, she explains) and ended up head-butting.

After returning and throwing Denise out, JD and Turk make up a horrendous lie about Steak Night being cancelled, grab a couple chairs and join the man on his last night. They talk about death; about how frightening it is, about the legacies you leave behind, about the pain of dying. He shares his fears and the boys reassure him on every one of them. They tell him about what they imagine the afterlife to be. For instance, JD is sure it has a cloud full of lesbians sharing, um, ‘special’moments. JD tells George how his late father was remembered for doing small niceties, even years after his death. Turk reassures George that his pain will be managed and, as his organs shut down, he will just go to sleep. After so much reassurance you would think he would be feeling a lot better about the whole death concept, but he still looks really scared. Finally the boys admit the truth. They are terrified of dying. Everyone is. JD says his biggest hope when the time comes is that his last thought is a good one. George laughs at this concept. They all laugh along and as a song begins to play in the background, they montage scenes of the three men laughing and sharing stories for an undisclosed period of time. Eventually George tells them he is tired. Turk suggests he take a nap. George agrees, adding as he closes his eyes that that beer sure did taste great. He quietly passes. On the roof of the hospital, Turk pulls a beer out of a cooler and toasts George’s memory. JD pulls out the flare gun and fires a flare for George. Luckily, the condoms they also bought don’t make an appearance.

The reason I have watched this show, and recommended it wholeheartedly is that it’s a silly, goofy comedy that makes me cry. It isn’t just slapstick and happy endings, and it isn’t tense and serious melodrama. It’s like life; somewhere in between. Especially if your life includes a psychopathic janitor out to destroy you. 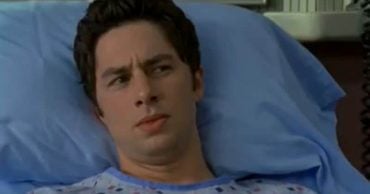 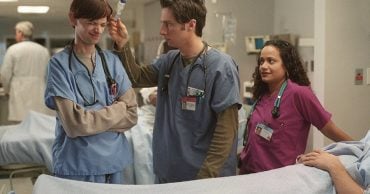 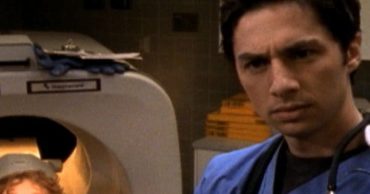 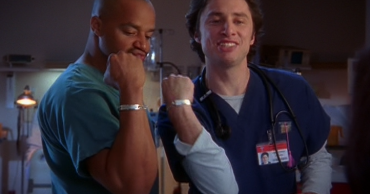 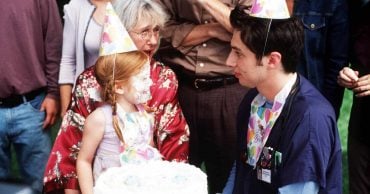 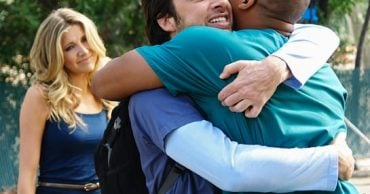