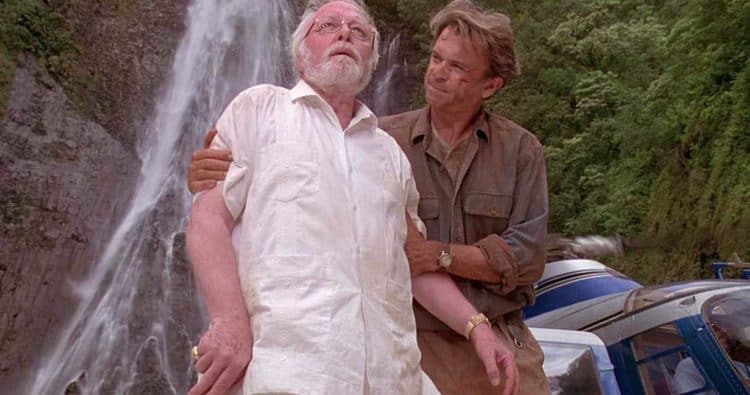 It’s more than enough to elicit a head shake and an emphatic eye-roll from just about anyone when the mention of creating real dinosaurs could be a possibility. Should it though? When thinking about creatures that existed millions of years ago, y’know, before mankind came along and started mucking about, one has to think that introducing two species that believe themselves to be the dominant beings on the planet isn’t going to end well. Apart from that, the dinosaurs that might be created are not likely to be the real thing no matter how one wants to think about it since the creatures of that long-ago era are gone, dust, fossils, and not likely to come again unless, as we already know from this year, nature has a very funny way of turning out. The last thing we need in 2020 is to hear that in five years’ time we could be seeing a new species emerge onto the scene, ushered in by nothing less than the need to prove that humans can dominate the natural world around them. And how does that usually turn out? So far with the weather it turns out that humans can’t do much about it, but we certainly try. When it comes to other species, we definitely try to preserve them, only to see them wilt like a flower that’s been plucked. Humanity is in fact capable of great things, except when it comes to practicing good judgment.

It’s true that Jurassic Park and Jurassic World are worst-case scenarios of what could happen, but they should also be taken as warnings since the very real part of the movies is that human nature is wildly unpredictable and the idea that dinosaurs could have military applications as they did in Jurassic World and that they might find a way to the mainland as they did in Fallen Kingdom are humongous. Take a look at any living thing in the world, no matter how slow, fast, docile, aggressive, big or small, and you’ll notice one thing in common: they all struggle to survive and they all do so in a number of ways. Any genetic modifications to a possible dinosaur hybrid, as this is what they would be, could possibly invite disaster since in order to perfect the look one cannot simply unzip the DNA chain and cherry-pick what they do and don’t want from a creature. Not only is that insanely immoral and could possibly lead to other unhealthy applications, but it could create a very unsound and unstable creature that would likely be compensated by its very nature with something that might not be as desirable. If you need an explanation for that see Ian Malcolm’s favorite saying “Life finds a way.”

A lot of people might think ‘okay, real dinosaurs, cool, let’s do it’ but not think that real dinosaurs might look at a park such as Jurassic World and think “food?”. One doesn’t boil down millions of years of instincts and just expect them to play nice because the creator said so. Did that work in the Holy Bible? No I won’t get into a theological debate, but looking at humanity, the will of a creator isn’t exactly a main priority for a lot of people when it comes to how they react to the world around them. In fact, one might say that the creator is even looked at as the enemy if they’re found to be fallible in any way, much as it’s been seen in Jurassic Park already. If you’re hoping to see B.D. Wong get his comeuppance in the next movie raise your hand, even if it might not happen since his diabolical nature that’s been revealed might be needed later on down the line. He felt so personable in the first movie, didn’t he? All of a sudden he became a raging egomaniac/ mad scientist and philosopher on top of it. It’s hard to say which is tougher to hear though, that the plan is to make more movies after the next Jurassic World or that dinosaurs are close to being manufactured in a lab. Seriously, it’s a tough call. With the way 2020 is going however it might be that we’re already in for a rough decade and will need to just accept that our fellow human beings are about to do something incredibly stupid in the name of science and entertainment.

Unfortunately it wouldn’t be the first time, but the hope is that the movie will be worth it while the science will finally give it a rest and start thinking in a sensible fashion rather than a revolutionary one. True, science needs to push the limits and keep ascending in order to really be worth it. But it’s a little hard to ascend when a T. Rex has you halfway down its gullet.