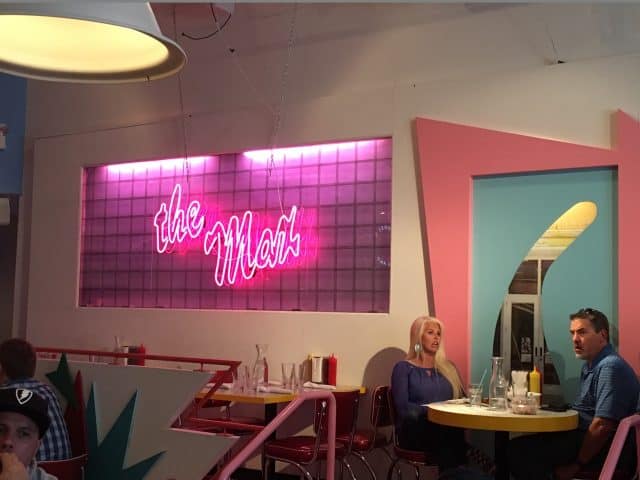 I grew up in the 90’s, so it is no surprise that I loved Saved by the Bell. If you visit our website frequently, you probably already knew that from the amount of articles I write dedicated to the show. I was overjoyed when it was announced that the beloved series that ran on NBC from 1989-1993 would be given its very own restaurant in Chicago. Tickets were limited and I was lucky enough to be one of the first patrons to Saved by the Max, which opened in the windy city’s Wicker Park area on June 1st. For fans who were unable to snag tickets, you may be in luck. Saved by the Max will be around through the end of the year! I decided it would be a good idea to review this new restaurant so fans who are unable to make the trek to Chicago can still get a chance to experience what it is like dining at Zack, Kelly, Slater, Jessie, Lisa and Screech’s favorite hangout.

When I first stepped into Saved by the Max, I immediately felt like I was a character from Saved by the Bell. Maybe that was because two guests were dressed up like Zack Morris and Kelly Kapowski or maybe it was because the restaurant looked exactly like the hangout from the iconic show – all the way down to the napkin holders! Everything was there including the pay phone and arcade games on the upper level.

When I visited Saved by the Max, it had only been open for 11 days. You would think that the staff would still be trying to get the hang of things, but everyone did an excellent job. A special shout out to my server who not only waited on guests, but was also the bar tender and dessert maker for all the other guests. She did an awesome job making us feel welcome and even  talked about the crazy Saved by the Bell fans she had encountered (me not included). 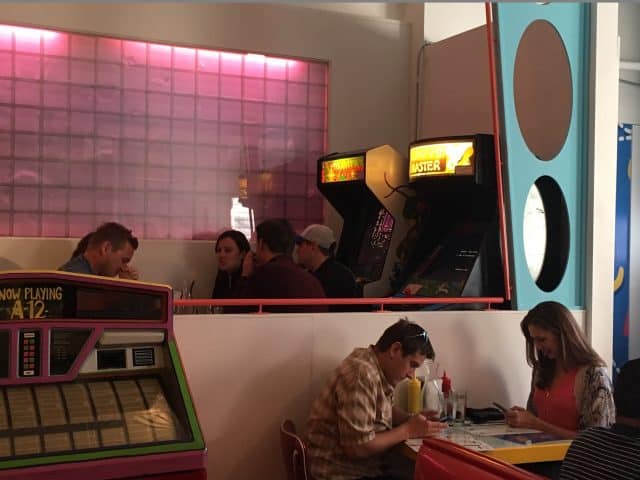 Guests to Saved by the Max would receive an appetizer, entree, and dessert with their $35 ticket. The menu paid homage to the Saved by the Bell gang and some classic episodes. I selected the Mac and Screech for my appetizer and it was very delicious. The entree I chose was the Tori’s Fried Chicken, which was served on top of a waffle. This would not be something I would order again. Max’s Magical Sweet Tooth was for dessert and was merely a sundae with vanilla wafers inside. My guest sampled the Snow White and the Seven Dorks and Lisa’s Grilled Cheese, which were very satisfying and recommended.

Even though The Max from Saved by the Bell is a high-school hangout, that does not mean that Saved by the Max couldn’t serve its guests alcoholic beverages. Like the food menu, the drinks included names related to characters or saying from the show. My favorite was the I’m So Excited, which pays homage to Jessie Spano’s classic line from the caffeine addiction episode. There was also a drink called Friends Forever which was a shot you could enjoy with your entire party! 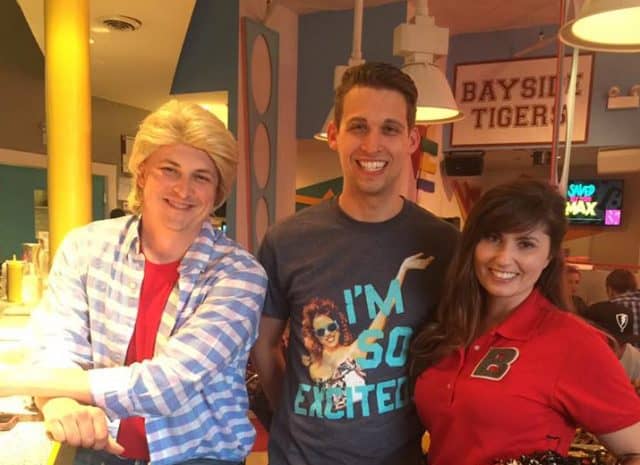 Fans of the show who remember such hits as “Go For It” and “Friends Forever” would be excited to hear these and other songs that were featured on Saved by the Bell while dining at Saved by the Max. However, with only roughly 12 songs playing on the track, guests would have to hear the same songs over and over again. People like me welcomed the chance to sing the songs, but it was clear some guests wanted a change in music selection. Extra points for the jukebox with a special shout-out to A-12!

All in all, Saved by the Max is a great experience and a must-see for any Saved by the Bell fan out there. If you able to get a ticket, I strongly suggest you check it out. For more information on Saved by the Max, you can visit their official website by clicking here.