Home
Television
Saved by the Bell
What If “Saved By The Bell” Debuted Today? 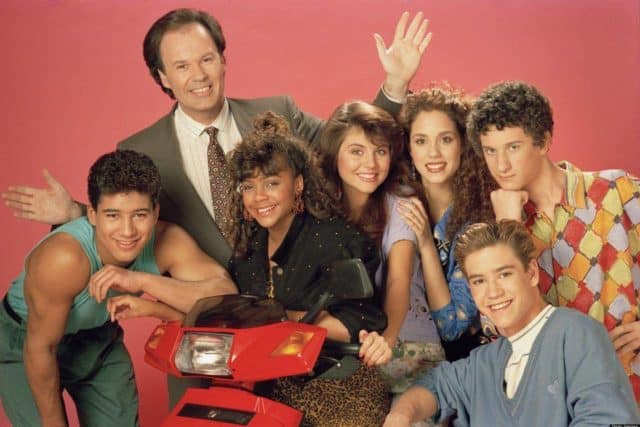 Among the pantheon of 90s pop culture phenomena, few are quite as beloved as Saved By the Bell. Though it only lasted four years, (we don’t talk about The College Years), Saved By the Bell became a pillar of 90s culture. Zack Morris’ narration style has been the inspiration of dozens of ripoffs and tributes. Its reruns remain in syndication to this day.

Part of Saved By the Bell’s charm is how tied it is to its period. From the wardrobe to the writing, every frame of Saved By the Bell is undeniably 90s. It lampooned the most popular movies and current events on the regular. Modern technology was heavily featured–people still call the big, bulky 90s cell phones “Zack Morris phones.”

But Saved By the Bell is likely so celebrated because of its boldness to approach more mature issues. The more serious “moral” episodes heavily to the social concerns of the day: rising drug use, drunk driving, divorce, and woman’s rights.

Which got me to thinking. What Saved By the Bell be like if it took place in the current day? Here are a few possibilities…

While the original characters could just be transplanted without much trouble, you’d need to adapt them a little bit.

A genderqueer student starts at Bayside. Slater is confused about whether or not he should hit on them. Mr. Belding gets flustered about which locker room they should go in and just gives them a gym credit instead. Kellie crucifies anyone who misgenders them.

Screech’s anxiety disorder gets the best of him and he can’t go to school. The gang makes varying attempts to help him. Slater takes him to the gym to get some endorphines–which only makes it worse. Lisa tries to give him a Xanax. Eventually, Max shows him how to get a medical cannabis card.

Zack’s attempts to get more views than Logan Paul land him in more and more trouble. They keep escalating until Mr. Belding has to rule on his expulsion. He tells Mr. Belding he’ll feature him in a viral video if he lets him stay in school. It works: the video gets a million views and Mr. Belding can’t go outside for a month.

“Keep Your Ear to the SoundCloud”

A new SoundCloud rapper takes Bayside High by storm. No one knows who he is, but his mixtape is straight fire. He says he’ll reveal himself at the talent show.

“Tindr is the Night”

After a nasty breakup, Zack and Kelly download Tindr. She receives hundreds of dick pics, which sets Jessie on the warpath. Kelly meets a nice guy, who ends up being thirty. Slater makes a bunch of fake accounts to catfish Zack.

“I Wish That I Had Jessie’s Girl”

Jessie announces that sexuality is a spectrum and gets a girlfriend. Slater sets himself to “converting” her. It doesn’t work. Meanwhile, Screech builds an AI 3D printer that prints 3D printers. It becomes sentient.

Lisa’s feud with Kylie Jenner comes to a head when a Keeping Up with the Kardashians taping visits the Max. The next day, Lisa is thrilled to find out her picture is on the front page of TMZ. The producers at E! offer her her own show, but she turns it down to focus on her music career.

Screech builds the most advanced facial recognition software in the world. Mr. Belding’s hidden secret life is revealed when he is tagged in a bunch of photos of him DJing at clubs. Ted Cruz is tagged as the Zodiac Killer.

Zack gets hit with a creative block after his YouTube channel leads to a contract to direct a movie. But, he can’t think of anything longer than six seconds. He enlists Screech’s help to hack Vine back into existence.

Does anybody have a time machine I could borrow? I could probably pitch these to Netflix…

Do you guys have any other ideas? Let me know in the comments.