Home
Television
Samuel L. Jackson’s Nick Fury To Get His Own Show 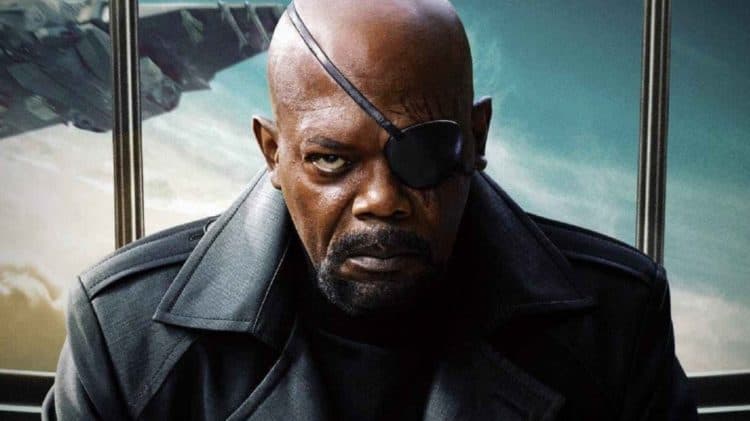 This could be interesting. In fact, it could be more than that since Nick Fury is more integrated into the Marvel universe than many people know since as the director of SHIELD and someone that’s been around he’s been in contact with so many heroes that some folks might have forgotten about them. As some are already stating it might be that Nick Fury is too big of a character to really contain his story in a miniseries since he’s been around long enough that he’s interacted with the likes of the Avengers, the X-Men, and many, many other heroes and teams that have come along in his time. Of course, some of these relationships were started in the comics when he was still being written in as Caucasian, but replacing Samuel L. Jackson at this point would be catastrophic and it’s not going to happen, because he’s also been depicted as a black man in the comics with the same kind of connections that the former Fury had. Of course, if anyone’s going to say at this point that the former Fury is a pretender they might need to back that up with some hard evidence and not just the idea that the character was redone.

One character he’s been known to contact is Wolverine when it comes to the comics, and that would honestly be awesome to see if it ever even came up in a series since it would invite the X-Men into the MCU at some point and would make it clear that Fury is a kind of linchpin to the MCU that might not be quite as big as Iron Man but is still pretty influential since he’s interacted with so many different individuals. Plus, he’s been working on the Avengers Initiative for a while, so it’s possible that he’s been in contact with a lot of different heroes since the Avengers have been known to split, accept new members, create different factions, and basically become a very diverse team that has changed quite a bit over the years. But we’re talking about just Nick Fury’s life here, and possibly what he was doing long before he was rubbing shoulders with earth’s mightiest heroes. To say that he’s been integrated with just about everything that Marvel has to offer would be a stretch, but he’s definitely been a serious component for a good deal of it. In short, it’s about time that a Nick Fury series finally comes out since he’s been around since the beginning, and technically he was there before Iron Man suited up since Captain Marvel was set back in the 90s.

The implications of a show like this could possibly get a lot of minds spinning since the idea of who could show up for cameos and who might just show up as regulars is dizzying when one really thinks about it since it does appear that Fury knows a lot about a lot of things in the MCU by the time the Avengers come around and he’s up on a lot of different information about other heroes and villains following that. He’s kind of an important figure not because he’s unstoppable and insanely tough, but more or less because he has a lifetime of information and experience to fall back on and he’s the type of guy that can pull up just about any fact he needs on anyone at a moment’s notice since he’s just that good. Fury is the kind of guy you bring along since he’s a great tactician, can think on his feet, knows just who to call in case he and whoever he’s with are outnumbered and outgunned, and he doesn’t really know how to give up. That much was proven in Captain America: The Winter Soldier, since even after a car wreck and with machine guns popping off left and right he was still thinking of a way to escape. There’s no doubt that he knows how to fight dirty and that he might resort to underhanded tactics if he really has to, but that’s part of what makes Fury such a great character, he’s not the upright and noble hero all the time, he’s the guy that will shoot the bad guy if he has to and the person that will sacrifice when it’s necessary.

Bringing him into the mix with his own series is going to be special since Samuel L. Jackson is the kind of guy that people can get behind without a doubt in most any role considering that he knows how to work his way in with enough attitude and swagger to make people actually respect him. It’s fair to say that this show is going to be something that people will be talking about once it comes out.