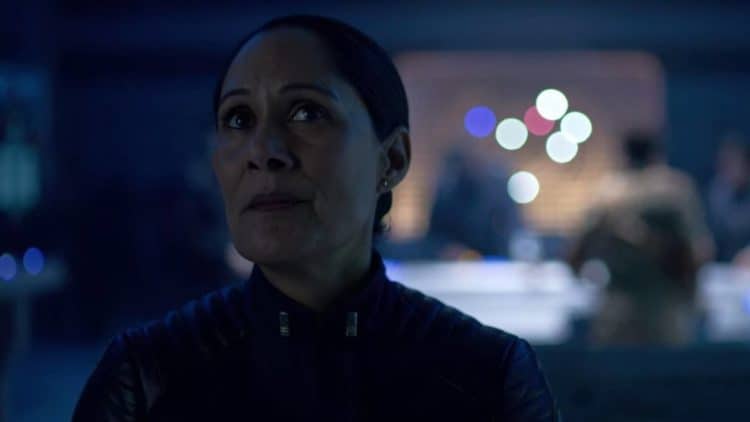 Sakina Jaffrey’s career is a prime example of why it’s important to keep pushing until you reach your goals. Although she made her first on screen appearance in 1988, it took well over a decade before she landed her first major role. Once Sakina got the chance to really flex her acting muscle, it was clear that she deserved even more major opportunities. These days, Sakina has had main and recurring roles in several popular series, but she is probably best-known for playing Linda Vasquez in the Netflix series House of Cards. She also has some other big role on her resume included Mr. Robot and The Mindy Project. Here are 10 things you didn’t know about Sakina Jaffrey.

Sakina was born into a family where the arts were always appreciated. Both of her parents were actors in India before moving to the United States. Her mother was also a food and travel writer. After her parents divorced, Sakina’s father moved to the UK and her mom remarried a violinist named Sanford Allen who became the first Black musician in the New York Philharmonic.

Sakina has always been interested in learning new things and she eventually became fascinated with Chinese culture. She went on to study Chinese language and literature at Vassar College where she earned her bachelor’s degree. Initially, she was planning on becoming a translator.

3. Her Name Has Arabic Origins

Everyone’s name has a meaning behind it, but do do you know the meaning behind yours? Sakina knows exactly where her name comes from and she’s very proud of it.  In an Instagram post Sakina explained the meaning of her name saying that it “means Calm, Comfort, Presence Of God and is of Arabic origin.”

For some reason, it’s always interesting to know whether or not someone is an animal person. From there, it’s even more interesting to find out where they prefer dogs or cats. Sakina is undoubtedly a dog person. She has a sweet fur baby named Biggie who she often posts pictures of on Instagram.

5. She Took Dance Lessons Growing Up

From an early age it was clear that Sakina had a special talent when it came to performing. Although it took here a while to find her way to acting, she spent several years taking ballet lessons. These days though, it looks like dancing is a thing of the past for Sakina.

Having a successful career is a great feeling, but nothing compares to the joy of being a mother. Sakina and her husband, Francis Wilkinson, have been married since 1990 and have two children together. Both of her children are actors. All three of them got the chance to work together in the 2004 film, Raising Helen. Sakina’s husband is a writer and political commentator.

As a woman of color and a first generation American, Sakina knows what it’s like to be discriminated against for no reason other than the color of your skin. As a result, she is very passionate about social justice and fair treatment for all. She has consistently used her platform to show her support for the right to end racism.

8. She Was In An Episode Of Sex And The City

Even though the first portion of Sakina’s career didn’t come with a lot of huge roles, she still got to be a part of some very cool projects. In 2004, she appeared in an episode of the popular series Sex and the City. She has also been in both Law & Order and Law & Order: Special Victims Unit.

9. She Was Nominated For A SAG Award

No matter what kind of work you do, it’s always nice to have your dedication and skill recognized. As we all know, in the entertainment industry that recognition typically comes with nominations and winning awards. In 2015, Sakina earned a Screen Actors Guild Award nomination for Outstanding Performance by an Ensemble in a Drama Series for her role in House of Cards. She hasn’t won any major awards yet, but hopefully she will take some home in the future.

10. She Is Very Active On Social Media

If you’re a fan of Sakina’s work and would like to stay up to date with her on social media, you’ll be happy to know that she is very active. She has accounts on Instagram and Twitter and she posts frequently on both platforms. Her content consists of a mix of personal and professional updates.