Home
Television
The Voice
Review: The Voice – Battle Round #2 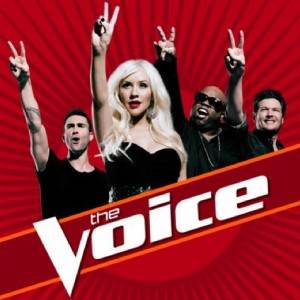 The question coming in to tonight’s Voice was whether the battles could possibly match the quality of last week’s showdowns. The answer: not so much. But that doesn’t mean there wasn’t plenty to talk about.

The night started off with Team Cleavage (Team Christina) choosing 51 year-old Geoff McBride to face off against hotel receptionist Sera Hill. These were two really powerful voices, but Geoff thought he might have an advantage given that the song Christina chose, Aretha Franklin’s Chain of Fools is almost as old as he is.

Geoff is paired with Lionel Richie, again because he’s like totally old, and the moment he starts singing Richie flees in panic while flapping his arms around like some kind of extinct bird. Lionel then shows us how much he’s actually been paying attention to the show by asking Geoff to remove his sunglasses when he performs even though it will burn the crap out of his eyes. Sera meets with Jewel who approves of Sera’s head bob and Christina calls her voice “crispy” most likely because she’s actually daydreaming about KFC. The battle begins with Christina’s top somehow being even more revealing than last week’s even though it seems to defy all the laws of physics. Geoff really brings it, taking Richie’s advice to rip off his shades and it’s hard to tell if he’s really feeling the emotion of the song or if he’s in a lot of agony. Who Should’ve Won: Sera Who Actually Wins: Sera. This was perhaps the toughest battle of the night and it’s a shame to see Geoff go but Sera was just smoother and her stage performance is rather effortless. Cee Lo tells his cat that Geoff had more soul and Purrfect nods approvingly.

Next up is Charlotte Sometimes versus Lex Land in the Team Blake battle of failed porn star pseudonyms. Everyone keeps making the point how “explosive” Charlotte’s extroverted personality is compared to wallflower Lex and Charlotte proves them right by telling Lex that Lex is more talented and has better boobs. Miranda Lambert falls in love with Lex’s “mystery” which is really just the musical version of awkward silence and then somehow manages to leave Lex a voicemail wishing her luck that Lex hears as she’s driving her Kia down the highway just like when Miranda left the same voicemail last week for someone else. What are the odds?! Charlotte tells us she wants to destroy Lex which seems really unfair considering how mysterious Lex is. At this point even though Charlotte is the far better singer I’m starting to really pull for Lex and her boobs because Charlotte’s “explosive” personality is more like explosive verbal diarrhea. Who Should’ve Won: Charlotte. So Who Actually Wins the sultry battle of sassy versus breathy? Charlotte.

Cee Lo chooses Stay With Me by Rod the Bod Stewart for Sarah Golden and Juliet Simms. Juliet seems to have the initial advantage because her gravelly rocker voice is the perfect match for this song. Sarah wants to give the song her folksy twist. Sarah meets with Babyface while Cee Lo watches in his pajamas as Babyface tells Sarah to keep her “yodel”. Ne-Yo tells Juliet to pick her spots to growl. Sarah arrives at the battle wearing a wedding catering outfit while Juliet looks like she fell off a Harley and woke up in the 1960’s. Who Should’ve Won: Juliet. Who Actually Won: This one’s no contest as Juliet snarls her way to an easy victory.

Team Adam’s battle features another battle of powerhouse singers between 50-year old Kim Yarbrough and very not 50-year old Whitney Meyer. Adam picks the Mary J. Blige song No More Drama and both singers have some issues with it at first. Adam tells Whitney to chill on the breathiness and Whitney looks like she’s about to poop herself at any moment whenever she thinks about going up against Kim. Kim calls Robin Thicke “Thickey” and both he and Adam want her to sound more tortured and as if she’s hanging off a cliff. It’s a diva battle of youth versus experience but neither one really sings it with much emotion or listens to anything their coaches said. Who Should’ve Won: Kim. Who Wins: Kim. Blake picks Carson because he can’t choose and because no one remembered Carson was there until Blake said something.

It’s back to Team Cleavage when Lee Koch the baker goes up against Lindsey Pavao. Christina picks Nirvana’s Heart Shaped Box which apparently Blake has never heard of. Lee meets with Jewel and Jewel makes a pouty sad face when Lee sings because he can’t annunciate any of the lyrics. LIndsey struggles as well as she has a hard time getting out of her head and engaging with the song. Lindsey has an absolutely amazing voice and with some confidence and stage presence could be a finalist. Who Should’ve Won: Lindsey. Who Actually Wins: It’s the weirdest battle of the night so far and Lee is mostly terrible but the blame for this mess really sits with Christina for picking this song in the first place. Lindsey wins and Lee is back to baking muffins.

The final battle of the night is more of a musical slaughter between recovered meth addict Jamar Rogers and sandwich artist Jamie Lono. Cee Lo picks I Want To Know What Love Is by Foreigner and apparently Jamie does not know the answer as he keeps butchering the song in practice. Jamie’s nerves keep getting the best of him and Babyface tells him to just do what his voice tells him to do which is apparently to crack repeatedly. Jamie says he wants to show the world his soul but all he really ends up showing is a cool sweater with teeth on it. Who Should’ve Won: Jamar. Who Actually Won: Carson Robot says for the one hundredth time that’s it’s not an easy decision even though it’s clearly the easiest decision of the night. Jamar wins in a landslide as Team Cleavage gets all hot and bothered about Jamar’s veiny neck. Everybody cries and Jamie says that maybe the reason fate brought him to The Voice is so that Jamar could move on to the next round, which is really moving in a sad little way.

Last week’s battles were by far the stronger of the two weeks but tonight had more weirdness. Grade: B-