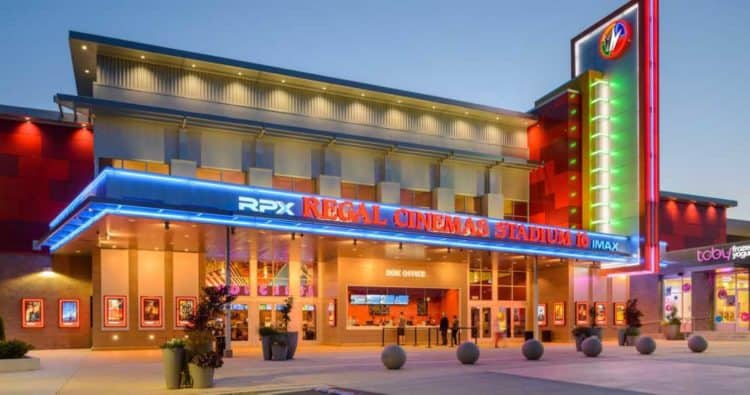 Normally you don’t look at someone’s failure and try to do the same thing. MoviePass has kind of hamstrung itself by offering a movie per day for a small fee of $9.95 per month, and has been suffering the fallout of that horrible decision for a while now. But it would appear that Regal Cinemas is upping the ante a bit by offering three different unlimited plans of its own that will offer people a chance to watch as many movies as they want for a monthly or yearly price. But the catch, ah yes, there’s a catch with everything, is that moviegoers have to lock into a 12-month deal, so even if the plan doesn’t pan out, they’re in it for a year’s time. Ryan Scott from MovieWeb is right in saying that it’s worth it for those that go to the movies often enough to make it a bargain, but for anyone else it seems like kind of a waste.

Think about it. How often do you go to the movies? With streaming networks going off left and right with new and exciting content and offering the comfort of home with a (typically) much cheaper subscription for more content, how in the world can a movie theater compete? For one thing it doesn’t cost nearly $50 for one or two people to visit the concessions stand at home, and the comfort of being able to settle on your own couch or easy chair and enjoy a good movie is a lot better than even an automatic recliner and food service can offer in a lot of theaters. Plus, unless you have a lot of people enjoying the same program, you don’t tend to have a lot of people that either like to talk, get up and go to the bathroom, or simply make your movie experience an irritation as can happen in a theater. And another factor is that despite the reality of not being able to get brand new movies as the theaters are pushing, it’s not too hard to wait for the handful of months it will take for those same titles to be out on DVD or on a streaming network. In the meantime the networks have a wide array of shows and movies to watch since they’ve learned the value of making their own movies at this point.

So to be honest in this light it looks like Regal is trying to get people to come back a bit more often since honestly the streaming networks have kind of taken the theater experience down a notch. Or maybe it’s that the streaming networks have, as Brent Lang of Variety has written, become more competitive since studies seem to indicate that those who visit the theater more often tend to watch more streaming content. In this light it would seem that both are pretty neck and neck, but if anyone can think back to before streaming, the theaters used to be king when it came to offering up anything new and exciting, and while things might be equalized at this point, there’s no doubt that those in charge of Regal might be sweating just a bit since they might not want to see that scale swing in another direction. After all it’s kind of had to be an industry titan, or be at the top of the heap, when another contender is trying to do the same thing. In truth it doesn’t really seem as though Netflix, Amazon, or any other streaming network is attempting to topple Regal or any other theater. What they’re doing instead is trying to give people more options, and to be honest they’re succeeding in a big way.

This however seems like one reason why the theaters could be reacting in this way, though it does feel as though this would be denied since the reaction that Regal might be scared of being toppled would be looked at as ridiculous. They’re one of the leading theater chains in the country after all, in fact they’re only second to AMC at this time, and there’s no guarantee that they might not ascend even higher as the years go by. But this new plan does seem kind of risky to be honest, if only because it didn’t work for MoviePass and it was said by so many to be a good idea that might make all the doubters do an about-face when they showed that the formula worked. Regal has been a theater titan for a while now, but it still seems as though they’re reaching a bit with this one. Maybe we’ll be proven wrong eventually, but at the same time it does seem as though this is more reactionary than anything. Time will tell, right?

In the meantime, people might think of the new memberships as something that sets them apart, at least for now.