While last night’s episode of The Real Housewives of Atlanta mostly dealt with Sheree’s ill advised Dancing With The Stars-esque event, each lady still managed to shine through with some of their own drama.

Despite being asked to participate in Dancing Stars of Atlanta fundraiser event, Sheree turned her diva on ‘ridiculous’ and threw shade harder than a quarterback of an NFL team throws a ball. In other words, her attitude wasn’t warranted non-whatsoever and I wonder if she will ever be invited to another event again after that debacle. While she did manage to impress me in the end with her dancing, Sheree clearly left a sour taste in the mouths of the other Housewives, while giving NeNe new blasting material for years to come.

Also, didn’t anyone else think it was a direct slap to Sheree’s face to feature her recently confiscated Aston Martin tonight? It was like a knee jerk to the gut, with a pie thrown in her face for good measure. Sheree claimed that the pricey ride was just a car and can get another one, but it sure as hell didn’t seem like it last night. Maybe the seizure of her car and the humbling events of the dance off was divine intervention trying to tell Sheree to downsize her lifestyle or forever suffer humiliating scenarios in the future.

The “war” continued with Kandi still not feeling Kim’s feelings for “The Ring Didn’t Mean A Thing” and Kim still not grasping the fact that she can’t hold a tune. I am still lost as if whether or not the women came to an understanding and called a “truce” in their music relationship, but something tells me that this conflict is far from over. In other news, both women got silver linings in their clouds last night with Kandi about to make a hit with Lawrence and Kim meeting her new beau, Atlanta Falcons Player Kroy Biermann at Sheree’s event. So, those are good developments, right?

While Peter pulled out all the stops to propose to Cynthia, she took it all in stride. I mean this is her fourth engagement, right? So it would make sense for her to not be as thrilled as everyone expected her to be. What wasn’t expected was the back story about how Cynthia’s stepfather used to abuse her mother. Cynthia claimed to not ever wanting to get married after catching her stepfather attacking her mother and being kicked out his house for jumping in the fight. I wonder if this has anything to do with Cynthia’s issues with marriage? I would say yes, but there may be more to that story than we already know. Either way, I’m sure Peter is in no shape, way, or form anything like her stepfather. In short, marry the dude, Cynthia!

Okay, so Phaedra really dropped some eye raising comments tonight about baby care. While I heard some of those ‘country’ remedies she was throwing out to her equally perplexed friends, I have never seen anyone actually using them. Not if they wanted their baby taken from them that is. Now in a recent interview with TV Guide, Kandi (as well as some other people) have came to Phaedra’s defense by saying she’s been given a bad rep this season. Now, I have been on the fence when it comes to the concept of editing on reality television, but last night the editors were doing their job with what they had. Phaedra trying to induce her pregnancy early is enough fodder to get people to question her sanity on a regular basis. Next week, we will finally get the truth of the whole mess involving her pregnancy. Anyone want to place a bet on what the “truth” might actually be?

Not much from NeNe this week except more glaring and awkward silence between her and Gregg. It’s very sad to see how far they’ve dropped in their relationship. I wonder where this whole thing will go and if NeNe will actually go through her divorce.

So what did you guys think? Did Sheree do a good job or was her performance equal to Ramona’s runway walk on The Real Housewives of New York? Plus, it seems like Dr. Faux will be finally caught next week. Man, I cannot wait for that smackdown to take place. 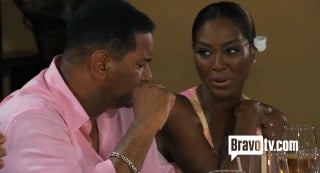 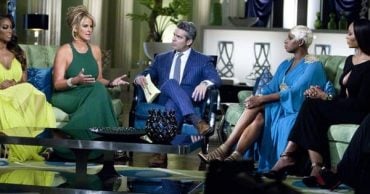