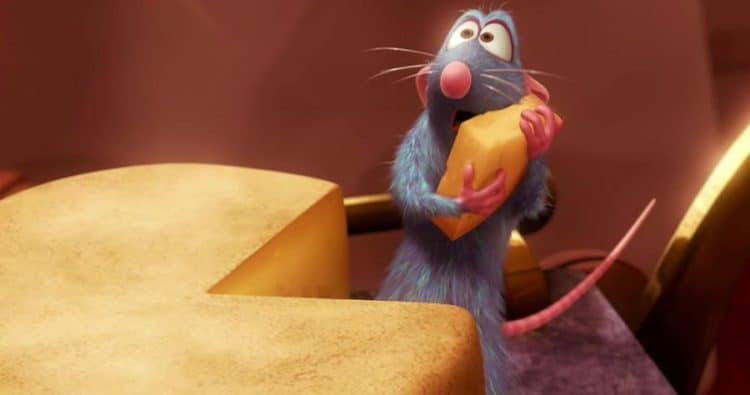 You won’t find a lot of pushback if you declare Ratatouille as one of the best-animated movies within the last 20 years. The movie continues to be one of the highest-rated Pixar movies ever, and its story holds up even on its 15th anniversary in 2022. Ratatouille follows the story of Remy, a rat who dreams of becoming a chef. He’s talented enough to follow his dream, but faces discrimination because of his species. The movie is set in Paris, and showcases some of the city’s most iconic landmarks and cuisine. The movie was released in 2007 to critical acclaim. It won the Academy Award for Best Animated Feature and was nominated for four other Oscars. It’s currently one of the 100 best-reviewed movies on Rotten Tomatoes. A generous review from Anupama Chopra for Film Companion wrote: “This is a film about a rat who becomes a chef in Paris. But it’s so much more than that. It’s about what a great artist can be, where a great artist can come from, it’s about food and how to savour it. It has one of my favourite fictional characters, Anton Ego, who is a food critic is in this film voiced by Peter O’Toole. The film is visually gorgeous and transports you to Paris and God knows how long it will be before any of us will get to travel again so this is a good way to do it.” Another critic, Bob Mondello from NPR, wrote: “Kids will gobble it up while parents relish its wit — and everyone will want to go out to eat afterward.”

On its 15th anniversary, Ratatouille remains an essential watch. It’s a charming movie with important messages about following your dreams and not letting others hold you back. The animation is still impressive, and the characters are lovable and memorable. If you’re looking for a feel-good movie to watch with your family, Ratatouille is the perfect choice. Here are a few reasons why you should rewatch the classic movie on its 15th anniversary in 2022:

The Animation Is Impressive

The animation in Ratatouille is some of the best you’ll ever see in a movie. Every frame is packed with detail, and the colors are vibrant and beautiful. The Parisian setting comes to life, and you can almost taste the food that’s cooked on screen. Another thing that makes Ratatouille‘s animation impressive is the character design. Remy and his rat friends are expressive and unique, while the human characters are also well-drawn and believable.

Ratatouille is the perfect movie to watch when you need a pick-me-up. It’s lighthearted and fun, but also has an uplifting message about following your dreams. The characters are lovable, and you can’t help but root for them throughout the movie. What makes the characters in Ratatouille so adorable is their imperfections. Remy is a rat, and Linguini is a clumsy human. They’re not perfect, but they’re perfect for each other.

The Messages Are Important

In addition to being a feel-good movie, Ratatouille also has some important messages. It teaches viewers not to let others hold them back, and to follow their dreams no matter what. The movie also emphasizes the importance of family and friends, and how they can help you achieve your goals. But perhaps the most important message that Ratatouille wishes to convey is that anyone can cook, no matter who they are.

The Characters Are Lovable And Memorable

Remy is an instantly likable protagonist, and you can’t help but root for him as he follows his dreams. The other characters are also lovable and memorable. There’s Gusteau, the chef who Remy looks up to; Linguini, the clumsy but good-hearted human who befriends Remy; and Colette, the tough but kind-hearted chef who takes Linguini under her wing. Even the villainous Skinner is strangely likable, thanks to his over-the-top performance by Ian Holm.

Amusingly, perhaps the most relatable character in the movie Ratatouille is the non-human one: Remy, the mouse behind Linguini’s culinary genius. One reason Remy is a relatable character is because of his passion for food and cooking. Remy takes great pride in his work as a chef, and his love for food is evident in every scene he’s in. This is something that many viewers can relate to, as everyone has a hobby or activity that they’re passionate about. Another reason Remy is relatable is because of his determination to follow his dreams. Despite the obstacles he faces, Remy never gives up on his dream of becoming a chef. He perseveres through the tough times and eventually achieves his goal. This is an inspiring message for viewers of all ages, and it’s one of the reasons why Ratatouille is such a timeless movie.

Skinner is the perfect villain

When it comes to Ratatouille‘s villain, most people would think of the harsh food critic Anton Ego, but it’s actually head chef Skinner who steals the scene. Voiced by the late Ian Holm, Skinner is the perfect villain because of his hilariously over-the-top behavior. He’s always shouting, and he has a knack for making everyone around him miserable. He’s also fiercely competitive, which leads to some amusing conflict with Remy. While Anton Ego is the movie’s main villain, it’s Skinner who you’ll be thinking about long after the credits have rolled.

The depiction of food

One last reason to watch Ratatouille in 2022 is its masterful depiction of food. There’s no other animated movie that depicts food so enticingly as Ratatouille. The movie’s food scenes are mouth-watering, and they’ll leave you craving French cuisine. Even if you’re not a fan of animation, the movie’s food sequences are worth watching. So if you’re looking for a reason to watch Ratatouille again in 2022, the food is it.

Ratatouille is a timeless classic that everyone should watch at least once. If you haven’t seen it yet, make sure to add it to your list for 2022. And if you’re already a fan of the movie, consider rewatching it on its 15th anniversary. It’s a perfect way to celebrate one of Pixar’s best-animated movies.