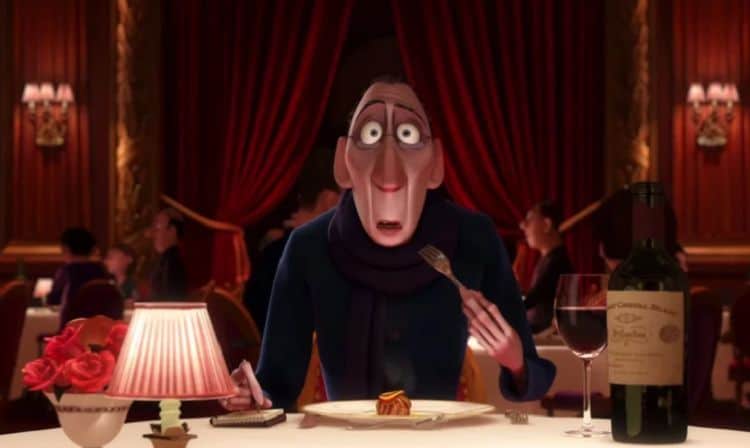 It’s amazing how often we can find actual people that look like cartoon characters, but this individual’s father actually does look Anton Ego from Ratatouille without any doubt. If anyone has watched the movie and I’m betting that several readers have, then they’ll know just which character I’m speaking of and how much of a pain in the backside he was for a good part of the movie. Unfortunately in almost every aspect of life there’s bound to be someone like Anton that is there to either ruin someone’s chances at success by being vindictive, or is just there to do their job and is seen as the bad guy in one sense or another. But the appearance of this individual’s father when he dresses up and even pulls a face like Anton is uncanny since he looks just like the character. And despite his staunch objections as he says he doesn’t want to do something he tends to do it pretty quickly right up until he pulls the final face, proving that Anton does exist in some semblance in reality. Out of all the characters a person could look like though, Anton is probably one of those that might actually be considered an insult to look like as he appears as a very gaunt and depressed-looking person in the movie and has an attitude, initially, that is anything but pleasant.

Critics do have a bad reputation quite often since their entire job is to see how a person’s work measures up to that of the high standards that many critics tend to put on different parts of society. Oftentimes these standards tend to be so ridiculously high that even the masters of one craft or another can’t meet them on a routine basis, which means that critics are likely to take note and mark whatever they’re reviewing in what might appear to be a very unfair manner. Karen Palmer of Tasting Table has her own take on this topic. Food critics can be some of the most harsh and hard-nosed individuals in the world since they tend to look at presentation, taste, and have a host of other factors that go into judging a dish. It usually takes something of exceptional quality, as close to perfection as one can come, to really impress the harshest of food critics, and while France does have a serious reputation when it comes to cooking, they also tend to have a reputation of having some of the harshest critics in the world since people tend to have a very different experience when it comes to food. Some folks like comfort food, some like fine dining, and then some enjoy having an almost zen-like experience with their food that allows them to somehow transcend their current state of mind as the taste and even the aroma takes them to a place that they might not have expected. Sometimes it all sounds a little too complicated to really understand fully.

In the world of critics many people don’t fully understand the side of the critic since they tend to sound callous, a bit too persnickety for their own good, and in some cases people do tend to wonder if a critic becomes a critic largely because of an inability to perform in the same manner as those they judge. This last one is kind of funny really since any critic worth their words isn’t bound to enter the profession without knowing the inner workings of the field that they’re critiquing, meaning that a food critic will at least know how to cook and how each component is supposed to go with each dish so as to make it a little more complete. It’s true that food critics are a bit on the snobby side sometimes since a lot of them know what they like to see and eat and don’t put a lot of stock in the comfort food that some folks make on a regular basis. But overall a food critic isn’t a bad person just because they choose to criticize or tear down something that they don’t happen to like, they’re another person with an opinion that carries more weight because it’s touted to a wider audience. Some of the greatest chefs and bakers throughout the culinary world have endured some of the harshest criticisms, and some of them have even become critics in their own time. But the fact about criticism is that if it’s done well and used to teach a lesson, not just to tear someone down, then it’s extremely useful since it helps to inspire and allow a person to get better at what they’re doing, not simply worry that what they’ve been doing isn’t good enough. Sam Robertson of the National Observer has another point of view that might be useful.

On the subject of this father looking like Anton Ego though, it’s hard to deny that had there been a live action movie of Ratatouille that this individual might have been the perfect template to work with.