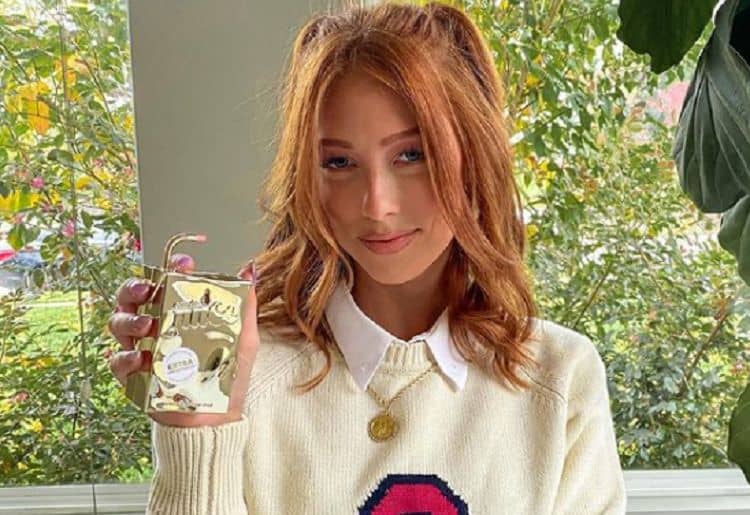 Shannon Ford; you know the name. You’ve heard it. You know you know it. But, you cannot put your finger on it, can you? We can refresh your memory. She’s the woman who was once employed by former “Laguna Beach,” star Kristin Cavallari. We say once because she’s been spending some quality time with her ex-bosses ex-husband, former NFL star Jay Cutler, as of late, and it’s not a good look in the eyes of so many. Cavallari and Cutler share three little children, they quarantined together in the Bahamas with their kids when the pandemic first hit, and then they came home, announced their separation, and have since gone their separate ways. Now, she’s out and about with her friends old and new, and he’s out and about with his ex-wife’s former employee. So, who is Shannon Ford?

1. She Worked for Kristin Cavallari

The world got to know Shannon Ford back in 2018 when she was the social media director for Uncommon James, which is the brand that Cavallari owns. She hired Ford to work on the brand’s media presence, and that is when she began to show up on the reality show the reality star and her husband were filming at the time.

When we first met Shannon Ford, Cavallari did not seem overly impressed by her. She didn’t feel her employee posted enough to social media for her business, and she felt she spent too much time being involved in drama that wasn’t important.

It wasn’t long before we were watching a second season of the reality show “Very Cavallari,” and that is when we saw Shannon Ford fired. She wasn’t doing her job correctly, according to Kristin Cavallari, and Ford didn’t have anything flattering to say about her boss when they decided to go their separate ways.

4. She’s Got a Boyfriend

This is where things get a little confusing. You see, she’s been spending time with Jay Cutler recently, but she’s in a relationship. She’s been dating a man who works as a musician. His name is John Gurney, and they’ve been together for a long time. They’re still together, and fans aren’t sure what to make of this. We imagine that she’s just a friend of Cutler’s and some people who might be friends of his, and they’re just hanging out together. We don’t see the confusing part of this since it definitely doesn’t seem to be anything other than straight-up friendship.

5. She Does Just Fine on Her Own

The thing about Shannon Ford is that she doesn’t need anyone to get her to the top. She’s already there in her own right. She’s a successful social media influencer with an impressive 300k+ followers on Instagram. We admit that we are followers, too. We’ve been following along since someone pointed out the hilarious videos she posted of herself and her love opening a lamp they ordered only to find the box and the lamp filled with dead baby rats. It was an odd mixture of horrifyingly hilarious, and we couldn’t get enough.

6. She is Unapologetically Herself

What we love the most about Shannon Ford is that she’s herself. She’s not interested in trying to be appropriate or trying to be who anyone else wants her to be. She’s herself. If you don’t like it, leave. That seems to be the basic thought process she lives with, and we are here for it.

7. She Does Halloween Well

Earlier this year, she posted a series of photos of herself prior to Halloween as a throwback to her previous costumes. Let me tell you…if she can find a redhead to emulate on this day of costume-y goodness, she will do it better than the original. Yes, we said it.

We try not to speak for anyone, but this is one woman who seems very content and happy with her life. She’s got a man with whom she is clearly in love – and has been for more than three years now – she has friends she adores, she has a lot going on, and she’s seeing the world. She strikes us as happy, and that’s all we need to know.

9. She’s Not Letting the Pandemic Stop Her

She’s traveling, having fun, and living her best life. She’s not letting anything or anyone dull her sparkle. She’s making sure she lives her best life while she’s here to live it, and she’s not letting fear get the best of her. Living without fear and with intention is what it’s all about.

Despite the fact that we seem to see every moment of her life and her stories, she doesn’t share enough to keep us in the loop of what is going on in her life. She makes sure we know, but we never know too much. She’s good at keeping her very private life to herself, and we appreciate that about Shannon Ford.