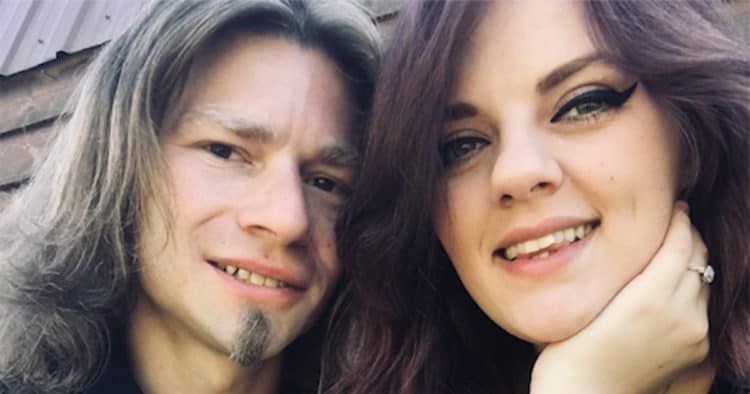 Sometimes it is hard for people to believe something despite them seeing it happening. When in such a situation, it is only best to let people think whatever they want since trying to convince them is a waste of time. The relationship of Raiven Adams with his fiancÃ© is one that fans keep doubting. Despite the two being in a serious relationship, the fans think it is stage-managed as it unfolds on a reality show. Raiven Adams was born in Colorado in 1998, and here are more facts about her.

1. She is an online model

Raiven is an online model by profession who gets her clients through sharing photos of herself in different styles of outfits in the internet. She poses in many scenic places with all types of clothing, ranging from sportswear to evening gowns. She is gorgeous as we can see in most of her pics in Instagram. Her mother describes her as her model and assists in doing photo shoots. Many of the fans have negative perceptions of models; hence, her relationship with Bear is full of controversy.

2. She is dating Bear Brown

Raiven is in a relationship with Bear Brown who is a star in Alaskan Bush People. The two have been dating for almost a year now, and Raiven got a warm welcome to Brown family. Adams proposed to her with a ring that had been in the family for years on August 29, 2019. Bear has also met Raiven’s family and is looking forward to starting a family together. Although they have an age difference of 10 years since Bear is 31 while Raiven is 21, their relationship is going strong.

3. She met Bear at her brother’s wedding

There might be some truth behind the fact that weddings are the best places to meet people. Many of the fans think that Raiven and Bear are new to each other, but the two met in her brother’s wedding in August 2018. Bear had been Raiven’s secret admirer for long, and that became the ideal time for him to speak his heart out. After the two falling in love with each other, they took a step to inform their families of the same.

4. Her husband’s family has approved their relationship

5. She’s in the new season of the Discovery show

While the relationship between Raiven and Bear did not go public immediately, the two will now form part of the Discovery show. Their love life is to be captured by the camera, and the fans will see Bear falling in love for the first time. Raiven is happy and feels complete to have Bear in her life and wishes to have a successful experience together. With her boyfriend, Raiven has found her rock and believes she can get through anything. Despite the happiness that comes with falling in love, she is careful not to get overwhelmed by the new experiences in her life.

6. Some of her fans think that their relationship is not real

Some of her fans are not buying the relationship between Bear and Raiven. According to Soap Dirt, some of the fans think it is just a joke. They believe that Raiven has just been hired to make the show successful since as a model, she will bring in drama to make the show lively. According to critics, the show needs to increase its rating after having lost over two million viewers. Some of the fans blame it on the age difference and find it difficult to believe that the whole thing is real. Despite the criticism, Raiven put things straight in an interview that Bear is the real deal.

7. She tells her haters to stop watching the show

Raiven has attracted several haters for being part of the show and is not happy with the criticism that she faces from them. According to the TV Shows Ace, she tells her haters to stop watching the show. She is tired of reading the nasty comments from the haters, and she wants to protect her boyfriend in all ways.

8. Her mother is a photographer

As far as her family is concerned, her mother is the one we know much about because she spends time with her. She has not given details about the father. Raiven’s mother is skilled in photography, and the skills have been useful to the family in many of the occasions. Her mother refers to her as a second shooter and Raven worked for her mum as an assistant during Noah’s wedding.

9. She identifies as pansexual

According to Distractify, Raiven is a pansexual. Some information from the internet says that she dated a woman before meeting Bear. Many bloggers and online stalkers brought out the fact to light, and she went ahead to respond to it. She says that she needs her peace of mind in sexuality. She is proud of any aspect of her life and does not regret dating a woman previously since that is what she loved.

10. She broke up with her ex since they were not ready for a relationship

Falling in love and being in a relationship is different. Some people are in love but not in a relationship. Raiven explains that she broke up with the woman since she was not ready for a relationship. The two started dating at a young age with the expectations that they could go far but later found out that they were not right for each other. They have not been together for nearly three years, and she says that she is now with Bear. Bear is not bothered by Raiven’s past as he finds her very beautiful inside and out and loves her unconditionally.