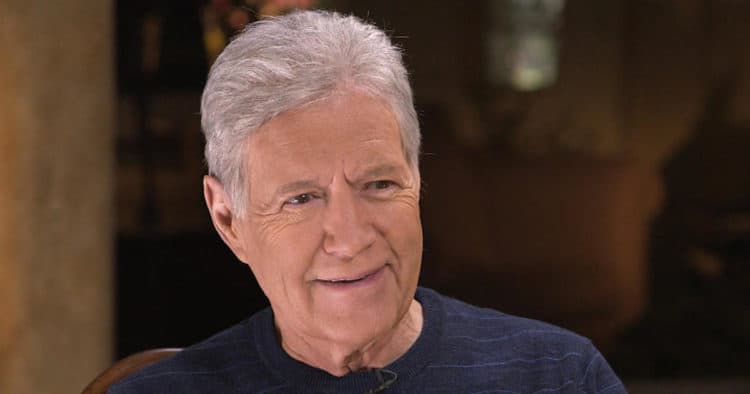 It has to be said that Alex Trebek has been one of the most influential men alive for a number of years now and a big part of it is that he’s been dealing with cancer and that he’s been a host of one of America’s favorite shows for so long. When turning on the TV he’s one of the biggest faces around that is ultimately quite pleasing to a lot of people since he’s proven to be charming and highly appealing to many people. This has been more than evident from the outpouring of emotion and support that so many have been willing to give as he continues to push his way through his career even as his health has been up and down through recent times. There’s no doubt that there will be a feature of some type made on him be it a movie, a TV show, or a documentary that will showcase just why he’s one of the most famous people around. It’s just a question as to who would represent him in the best way.

Here are a few picks that might satisfy this kind of a role.

Some might think I’m joking at the moment since Ferrell has actually played Trebek on SNL, or an approximation of him at least. But throughout the years it’s been seen that Will has really matured into a quality actor and unless the movie in question were to be a comedy it’s still a belief that this would work. After all Will has been shown to be adept at more than just outrageous comedy even if that appears to be the type of movie that he’s most comfortable in given his status as a comedian and someone that is ultimately known for creating characters that fly off the hook fairly often.

This might sound like another odd pick but it has more to do with appearance and the belief that Brolin, who has been on a hot streak throughout the last several years, can pull off a very different role than anything he’s been doing as of late. His ability play a sincere and down to earth character is still quite impressive despite the fact that he’s had to be an ultra-serious mercenary from the future in Deadpool 2 and had to play the part of the mad titan Thanos in Infinity War and Endgame. Despite that insane buildup and the expectations laid upon him during said movies it’s still very possible for Josh to come back to earth and play a normal role.

Tom Hanks can do just about anything as some would likely claim. Having played the part of Mr. Rogers and possessing a long list of characters that have gone down in history as some of the greatest in cinema it’s not hard to think that he’d be able to take on the part of Trebek and make it work in a very epic manner. Whether he would say yes to such a project or not is hard to say but given the idea that he’s able to become just about anyone he needs to be it does feel as though he might be able to do an about-face and put on the guise of Trebek and do a great deal of honor to the man’s life.

Casting Depp for anything at this point almost feels as though it’s courting controversy in one way or another since his intense court battle and back and forth fight with ex-wife Amber Heard took a huge toll on his life and also made it clear that many fans are willing to turn on him at the drop of a dime when assault charges are brought up with no questions asked. That doesn’t take away from the fact that he’s still a great actor and has turned in a large number of roles that people have fully enjoyed over the years. The fact remains that he’s still that actor and he’s still fully capable of entertaining those that are willing to give him the chance to try something new.

He might appear as another odd choice on this list but Joel has really earned his stripes throughout the years with the various roles he’s played and while he’s not as spot on in the looks department as a couple of the other picks he’s still able to change his appearance just enough and could possibly take on the persona of Trebek in a way that would be convincing for a lot of fans. Giving him a chance would be a good idea since it would help to continue to cement his place in Hollywood and give him an opportunity to take on the role of a true icon.

Whoever was to get picked would have a lot of responsibility laid on their shoulders.