Home
Television
Billions
A Quick Warning to Billions: Reel it In Guys, Reel it In 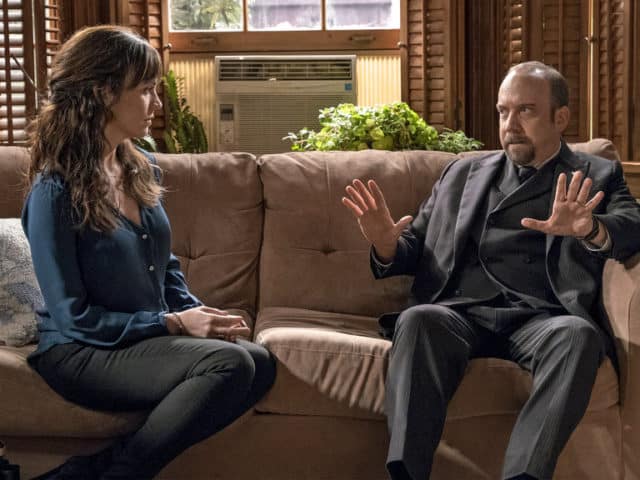 The season premiere of Billions was very solid.  I definitely enjoyed it and felt there was the right amount of drama, story, acting, everything we needed.   But there was one thing that scared me a little.  Could there be too much drama?  What I and I think many people loved about the first season of Billions was not only its authenticity but a sense of realism.  You truly felt you were getting an inside look at the Hedge Fund world and how the political landscape works in taking down criminal finance organizations.

What you saw was believable.  While there were plenty of far fetched schemes and plans to meet one’s goals, nothing seemed too crazy or not believable.  With the exception of Axe’s inappropriate relationship to his therapist, I could actually see a lot of the stuff that happened on season 1 happen in real life.   And apparently hundreds of hedge fund employees wrote in to the show to offer their stories so that season 2 could be as real as possible.

But my one worry about the season 1 premiere is that the show might fall off the rails with too much drama.  How believable can this show be?  How much corruption are we talking about?  Just how many bribes and underhanded moves are we going to see before we say, “OK I get it, they do illegal stuff and want revenge on each other.”  I think the show really needs to have moments of realism and temper the drama to an extent.

Part of the show’s allure is the emotional balancing act of Axe and Rhodes.  It’s seeing how their work affects their daily lives and feeding off of that.   The illegal activities remain secondary to the characters and what I fear is that the show is going to turn the drama and acts themselves into being the focal points of the show.   That would be a grave mistake.  The show’s strength lies in the acting abilities of Damien Lewis, Paul Giamatti, and the rest of the cast.   Don’t get me wrong.  Billions is still one of the best shows on television.   I’m just using this opportunity to make a small request to not forget about the characters themselves.  It’s what made season 1 so great.

Here’s a preview of tonight’s episode “Nifty Shades of Winter.”