Home
Television
Prediction: We Won’t See This Obi-Wan Series for a Long Time 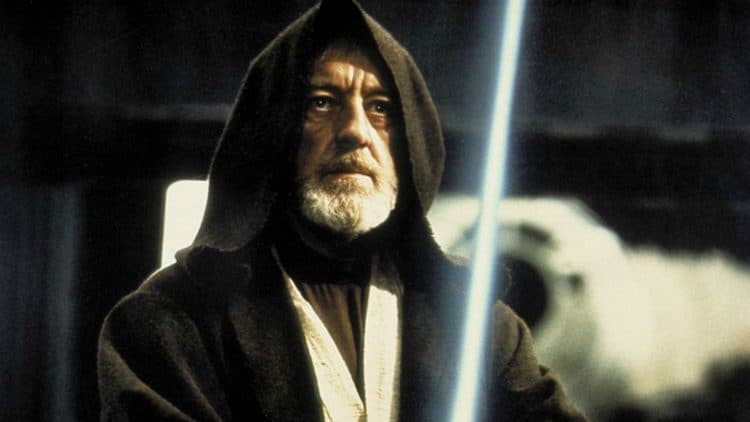 Two words can describe the reason behind the Obi-Wan series being halted and it might be enough for a lot of fans to groan collectively when they hear them: Kathleen Kennedy. According to Kevin Burwick of MovieWeb the reason behind the series being put on indefinite hold at this time, after exciting so many fans initially, is that Kennedy apparently doesn’t like the story lines that are being developed and wants a rewrite so as to make things ‘better’ for the fans. If better means more like The Last Jedi it would appear that it is in fact better to wait and hope that someone will come to their senses eventually so that the Obi-Wan story isn’t just kicking around waiting to see how they can make him into a crazed old reluctant hermit as they did Luke Skywalker, and possibly make a girl power version of his story, which would be kind of difficult considering that Obi-Wan was on his own for much of his own story and any characters wandering into his orbit were transitory at best. It’s very easy to lash out at someone like Kathleen Kennedy, who has advocated quite a bit for women in Star Wars, but to such a degree that pictures showing her wearing a shirt saying “The Force is Female” have appeared online, incensing more than a few fans who have called for her termination more than once.

It’s not likely to come since at this point it would be seen as petty and would be the most supreme example of catering to fans that has been seen in quite some time, but also because the box office numbers are hard to argue with when it comes to a corporation that is built on making money. Matt McGloin of Cosmic Book has more to offer on this particular subject. Her decision to halt this project is being looked at as a good thing by some people, but it’s a wonder that more individuals aren’t chomping at the bit to demand a more definite answer concerning the fate of the Jedi Master and why we’re being teased constantly instead of being granted a story that we’ve been waiting for with baited anticipation. In a way it almost feels like a cruel game that Disney is playing to see just how far along they can string the fans until the base finally says ‘I give up, do what you want’ without any comment or fight left to offer. That might sound a bit paranoid but it definitely feels accurate.

Being serious, Obi-Wan’s story should be one of the easiest to tell in terms of where the story will go and how it should shape up. There’s been a book written of his exploits already and there have been plenty of shorter books written depicting his life after Order 66, so there’s plenty of material to work with. It can’t even be said to be fully non-canon since the stories follow the prequels, which are difficult if not impossible to ignore since they’ve been integrated into the current canon and as a result should be able to translate to the screen, big or small. But Kennedy and those at Lucasfilm appear to be happy enough to hamper the writers and remind everyone that they’re in charge by pulling the plug, or close to it, if they feel that something isn’t right even if the fans have given ideas and hints throughout the years as to what they really want to see. This is why the leadership of Lucasfilm is lacking in faith at this point, as they don’t tend to realize that fans love to see the story unfold as it’s been given in the books, but tend to have an issue when new and previously unseen elements that come along to destroy what they’ve idolized for so long are pushed instead. Let’s be fair, many of the new ideas have been interesting and have met with a great deal of approval by many fans, but there have certainly been elements throughout the latest trilogy that made a lot of fans go ‘huh?’ as they tried to figure out just what in the world was going on.

Adapting the books that have already been written to the screen shouldn’t be this difficult unless Kennedy is so adamant about pushing her ideas onto the script that she’s simply too biased to admit that fans would love to see Obi-Wan the way he’s already been represented, without the need for ‘girl power’ in a story that has more to do with the fall of the Jedi and the need of one man to look over a young boy that will eventually become the future of the Order, than it does with the ever-increasing desire for diversity in Star Wars. It might behoove someone to remind Kennedy that the diversity of the latest trilogy has been noticed, but now it’s time to let one of the most iconic male characters finally live his own story. Herb Scribner of Desert News has more to say on the matter.