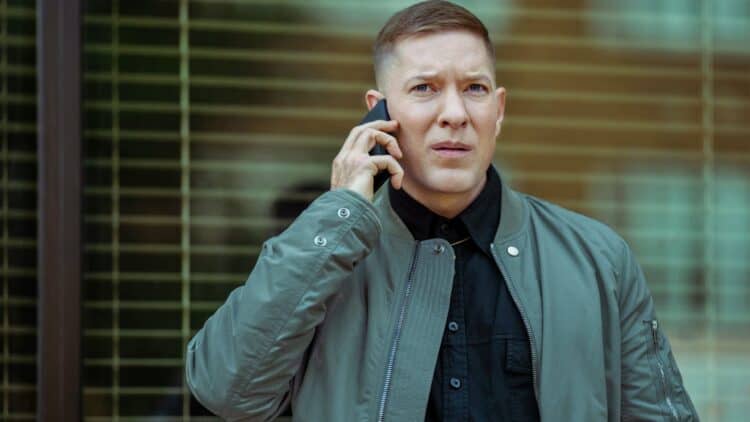 In Power Book IV: Force, Season 1, Episode 8, Tommy revealed himself as the distributor of Dahlia to Soto and Moishe and made a deal for them to move the designer drug. Meanwhile, he confided in Liliana about his long-lost brother JP and how he was bringing him on to work for them temporarily. Of course, Liliana agreed to keep his secret. Tommy turned down a job offer from Walter Flynn and warned Vic that his father would try to have Gloria killed. Jenard brokered a deal with Cousin Buddy for muscle, and Diamond confronted the sexy undercover reporter about her true intentions. Vic had finally found the courage to leave his father and everything he had ever known behind to start a new life with Gloria. But they never made it out of the city as hitters ambushed them. Gloria was killed in the crossfire. Walter Flynn’s mission had been accomplished, and the icing on the cake is that he was able to take Tommy down in the process.

Power Book IV Force Season 1, Episode 9 is the hour before the season finale, and it delivers the steady adrenaline rush that loyal fans of the Power universe crave. Tommy is the last person to find out about the hit on Vic that left Gloria dead, which shows just how much he is a fish outside its bowl in Chicago. If it weren’t for Liliana, he wouldn’t be tuned into the streets. The news of Gloria’s death hits Tommy hard. Gloria was a beautiful and genuine soul, and her character deserved so much more than the date she faced in the series. Tommy is taken aback to learn that Walter Flynn is penning Gloria’s murder on him, painting him as a deranged ex-lover. Sure he wasn’t always fond of Vic, but he would never hurt Gloria. Still, Walter is manipulative, and he instantly begins planting seeds in Vic’s head while he’s vulnerable and getting patched up at the hospital. Initially, both Vic and Claudia find it hard to believe that Tommy would work with the Serbs to take Vic out. After all, if Tommy wanted Vic dead, he would have been dead. He’s had plenty of opportunities to pull the trigger on him.

Walter is convincing and determined to reign his kids back under his control. Tommy has been nothing but a thorn in his side since he’s arrived in Chicago. Getting Vic on board with calling in reinforcement from the Irish mob going after Tommy and the Serbs is easy, but Claudia is a bit skeptical, as she knows that her father is willing to do anything to get his way. Tommy pulls on up on Claudia after she practically ghosted him. Family is first, and she has to be there for her brother, and she’ll go to the ends of the earth to protect him. Claudia knows Tommy better than Walter and Vic. Yet, she’s on the fence about believing him when he swears to her face that he had nothing to do with the hit on Vic. However, parental manipulation can be quite powerful, and she warns Tommy to watch his back.

Liliani learns through the grapevine that a mob of Irish hitters is coming into the city, and for the first time in a long time, we see Tommy sweat. In Chicago, he’s a lone wolf except for Liliana and JP, but he would never involve them in his problems. Tommy turns to Diamond for help, but even he knows that going against the Irish mob is beyond his crew’s capacity’s also not willing to back to jail for anyone. Tommy has one last option; the Serbians. Tommy has a lot of nerve strolling into the Serbian restaurant after the stunt he pulled; they could have quickly taken his head off his shoulder. Tommy uses the fact that he knows Walter Flynn is coming after them as leverage, and it works. The Serbians agree to supply Tommy with as much muscle as he needs. The Serbs are a different breed; they are primarily motivated by money with little value or loyalty to the family. Obviously, Tommy knows this because before he leaves, Tommy offers them a half million for the head of whichever soldier killed Gloria. Surprisingly the head honcho lets him have at it. Tommy blows the guy’s head off right in the restaurant before taunting the hitter about killing his brother back in New York.

Whatever doubts Claudia had regarding Tommy’s innocence go out the window when she spots him conversing with the Serbs. She assumes that he’s been working with them all along and vows to never go against her family again, alter Flynn has his Vic and Claudia right where he wants them. Tommy hasn’t had a peaceful day in Chicago yet. Not only do the Flynns want his head, but Jenard’s resolve to take him out is reinvigorated when he figures out that D-Mac is working with him. D-Mac made a dangerous side deal with another crew to get back at CBI. Jenard does another drive-by shooting, but he misses Tommy again. Tommy gets his nephew to the hospital, where he’s rushed into surgery and calls JP to tell him the truth about who D-Mac is. Yes,  episode nine has been quite eventful, but the upcoming war in the season finale will finally seal a lot of the major player’s fates. 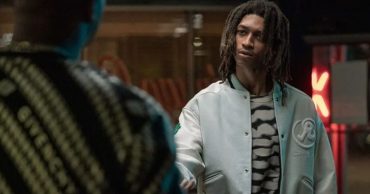 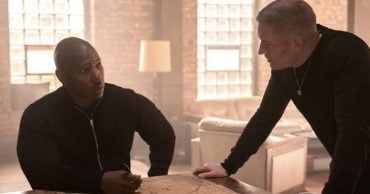 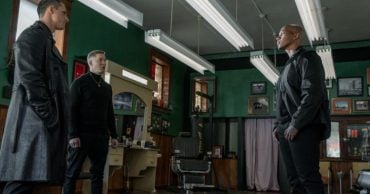 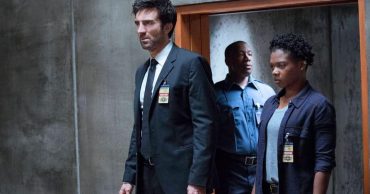 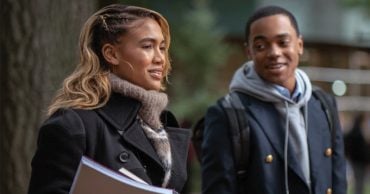