Home
Television
The 13 Most Popular Cars from TV Shows 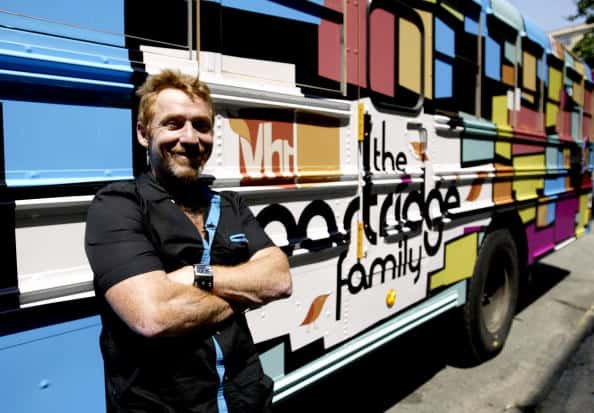 During the 60’s, 70’s and 80’s cars played a major role on the small screen. If a viewer caught a glimpse of a certain vehicle they would quickly be able to associate what television series it belonged to. Sometimes the vehicle was used to portray social class (think The Beverly Hillbillies’ 1921 Oldsmobile), while other times the car became the lead character (K.I.T.T. from Knight Rider). Take a trip down memory lane and see the most popular cars on TV. 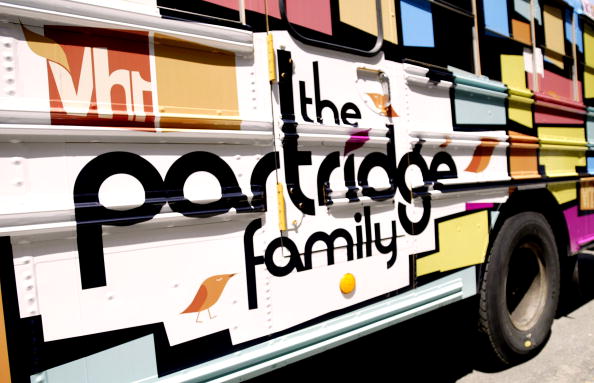 When the Partridge family decided to become a musical group, they needed some transportation when it came time for them to go on tour. They obtained an old 1957 Chevy school bus, the kids painted it groovy colors, and the whole family set out to Las Vegas for their first show. If this show was pitched today, I don’t think it would have even been made into a pilot. In the 70’s, it was cool enough to survive for 4 seasons.

Robin Masters needed a hot car to catch bad guys in Hawaii and he found just that in his Ferrari 308GTS. A new car was used for each of the 8 seasons, the first being the 1979 model. In order to accommodate Tom Selleck’s tall frame, the padding was removed for the seats that were bolted as far away from the steering room as possible for ample leg room.

Even though the Clampett’s struck it rich, they still drove around in their  dilapidated 1921 Oldsmobile. The body of the car actually sat on a truck chassis. The car is currently on display at the Ralph Foster Museum at the College of the Ozarks in Missouri. Visitors can even sit in the car and get their picture taken. A film version of the show was made in 1993.

Eric Forman was lucky enough to be given a car to drive by his father. Over the course of the shows run, he would drive his friends all over Point Place, Wisconsin. The first seven seasons of the show would feature the cast members inside the Vista Cruiser signing the theme song. When the show wrapped up production, Wilmer Valderrama who played exchange student Fez purchased the car from Carsey-Warner for $500

When I was younger, I was completely obsessed with the Teenage Mutant Ninja Turtles franchise. I was lucky enough to own the toy version of The Party Wagon, which was the vehicle the turtles used to get around New York City and fight crime. The back door would even open up and a turtle could sit outside shooting at Shredder and his many minions. Sometimes human cohort April would helm the wheel while other times it would be a turtle driving. Did anyone ever check to see if they had a valid drivers’ license?

It is a safe bet that if you grew up in the 90s, you have seen at least one episode of Family Matters. It was no surprise that when resident dork Steve Urkel obtained his license he purchased a car that fit his personality. The BMW Isetta had a door that opened in the front of the car and could hold two average-sized adults. The vehicle played a key role in the episode where Steve had to drive Laura to a cheerleading competition in Cincinnati.

When the Bluth’s lost all their money, the only mode of transportation they had was the Stair Car. It was originally paired with the company jet that was sold to pay off some debt. This car was perfect for helping inmates escape prison, letting people enter homes from the second story, and tearing down signs. 3 different trucks were used over the course of the series.

David Starsky was the owner of this red two-door Gran Torino. The vehicle had a white stripe on both sides and was called “Striped Tomato.” The show’s creator originally wanted the duo to drive a green and white Chevy Camaro, but one could not be found before production began. Paul Michael Glaser, who played Starsky, disliked the Gran Torino and said that, “it was huge. It had no pick up. It couldn’t handle.”

This van used by the A-Team had a cool red stripe, black and red turbine mag wheels, and a spoiler on the roof. Some episodes even depicted the van as having a sun roof, which made it even more awesome. The back of the fan held many important tools for the team including disguises, a printing press, and surveillance equipment. The Vandura that was used in the movie was on display at the 2010 New York International Auto Show.

In order to be kept safe, the Batmobile was hidden in the Batcave that can only be accessed through a secret entrance. Some of the very cool gadgets on the vehicle included: Bat-ray, mobile tracking scope, fire extinguisher, emergency tire inflator, and batphone. That is pretty high-tech for the 1960’s.

3. The General Lee Dodge Charger, The Dukes of Hazzard

Bo and Luke Duke drove around Hazzard County in The General Lee trying to evade Boss Hogg. Somehow the two always got caught in different scenarios around town. It is estimated that more than 300 General Lee’s were created for the show due to the high jumps and car chases.  There are approximately 17 left today, all in various conditions.

2. The Mystery Machine, Scooby Doo! Where are You?

In order to solve all the mysterious events that happen in Coolsville, Mystery Inc. needed a mode of transportation. Luckily, for the gang, Daphne’s father is rich and got the kids a van to drive around in. He bought his maid a new car and gave her van to Daphne. The psychedelic colors on the outside of the van really stood out when the gang was driving through creepy dark venues on their way to solve another mystery.

How cool would it be to own a car that could drive itself, resist explosive blasts, and could talk?! This car was so advanced that Michael could even play video games in it, while K.I.T.T. drove. The show lasted for 4 season and came back in a 2008 remake that lasted  yes than one season. The original car was last auctioned off in 2011 with a starting bid of $150,000.