Home
Television
Why Piccolo Stood Out the Most in Dragonball Z 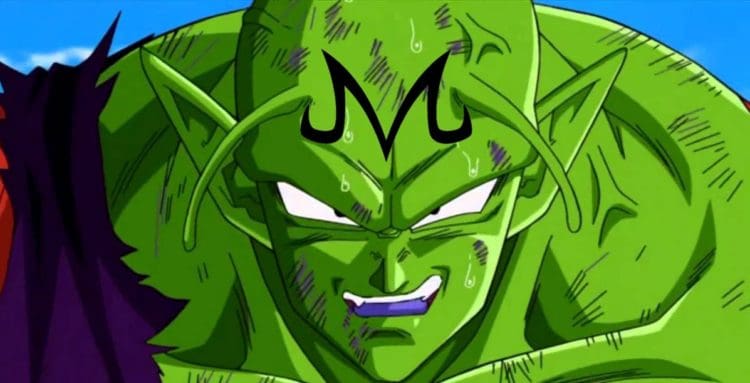 When you talk about Dragon Ball Z it’s kind of hard not to mention Piccolo since he’s stood out as one of the most powerful and interesting characters on the roster for quite some time. The Namekian was one of the only characters that ever seemed to be able to take on just about anyone even if he did managed to get pummeled from time to time. He had a serious hate on for Goku for a while until he came to respect the fighter and eventually became his ally. But there are very definite reasons why Piccolo was kept as a main character in Dragon Ball Z for so long and why he was so ultimately important to the franchise. It wasn’t always his attitude since he seemed to have a serious superiority complex about him at times. The thing was he could usually back it up.

Here’s a few reasons why Piccolo stood out so much.

He believes that a lot of the others are unbearably weak.

Piccolo is perhaps one of the strongest characters in the series and not just because of his physical attributes. He has a very strong sense of character and unfortunately tended to think that a lot of the others were just incredibly weak. He had a serious problem with Goku and for the longest time was sworn to fight him. But something happened along the way that was kind of unexpected in a way, he found himself respecting the others and even allying with them more than once. His superiority complex was still in place during this time but despite thinking that everyone else was just too weak he still managed to stay humble and learn to deal with the inadequacies of others rather than grill them for it continuously. Piccolo isn’t a big fan of weakness but instead of harping on it after a while he learned to just accept it, in his own particular way.

He learned how to sacrifice and work with others.

Since becoming an ally he learned how to apply the forces at his command to train others and to better serve the common goal that his allies were attempt to achieve, which was to keep the earth safe from those that would seek to destroy it. He even became a better father figure to Gohan at one point than his own father, Goku, which was a little surprising since it would seem that Goku was, up until a point, a fine father that wouldn’t have done anything to harm his family in any way. Piccolo however was around when Goku wasn’t and while you can argue this point and why it happened the reality of it is that Goku simply wasn’t there and Piccolo was. At one point in the series he even sacrificed himself to save Gohan, which shows that he learned a great deal of how to be a decent person from the time he showed up until his ending.

He has so many abilities that it’s hard not to like him.

Piccolo is the ally that most anyone would want to have for his abilities alone if they could take those without having to deal with his stern personality all the time. The guy is durable, strong, has flexible limbs, can produce massive force blasts and special attacks that can decimate his enemies, and on top of all that he just doesn’t quit. Sure he’s been beaten and pummeled a number of times during his run in the series but then so have many other individuals since the power levels of the characters in Dragon Ball Z seems to have no upper limits sometimes. Piccolo wasn’t the strongest of the bunch but he was one of them at least. His upper levels were to the point that it took a rather powerful character like Cell or Frieza to take him down. Of course Goku gave him a good run but they seemed more equal than anything, as the two of them did fight and it wound up that Piccolo wasn’t as dominant as he thought he would be.

Piccolo didn’t start out as the nicest guy in Dragon Ball Z and he really didn’t seem to get much better for a while. But the shift in his attitude that finally came around did manage to show that he’s more than a super-powerful alien that was entirely bent on destroying one warrior in particular. It could be that he just brought to the group a stoic, very serious mien that wasn’t  always present, but it could also be that he was just the kind of guy that was needed for the show. Whatever the case, Piccolo was one of the most popular characters the program had and fans responded to him with aplomb. That is of course one of the biggest reasons any character is allowed to remain on any show, the fans tend to love them.