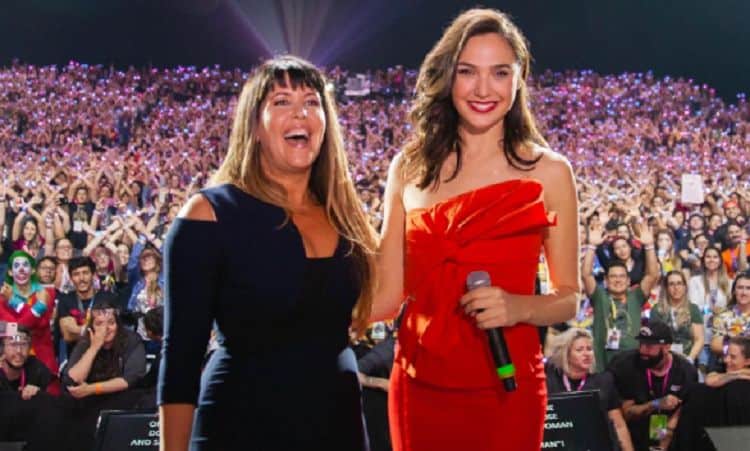 After the astounding success she had with this year’s Wonder Woman, director Patty Jenkins will be moving on to direct a TNT drama titled One Day She’ll Darken, a thrilling story about a young woman that goes looking into the details of her past in order to discover who she truly is. The story is set to run for six episodes and follow Hodel as she attempts to piece together the truth of her past while coming closer and closer to a truth she might not wish to realize.

Here are a few more facts about the show that you might fight interesting.

The story is based on the autobiography of Fauna Hodel.

Fauna Hodel was given away to an African-American woman as a baby. Her mother, not wanting her to be raised with her emotionless Caucasian family, figured that it would be better to have put her with a family that could be loving and nurturing in a way she never could. Fauna was then raised by the family and struggled throughout her entire life as she was forced to go through the Civil Rights movement as a white child in a predominantly black community. Eventually as she grew older she learned how to blend in and become just another person in the crowd. But after a while she sought out her birth mother only to discover the dark and twisted story of her conception and the family history she never knew about.

The series will reunite Chris Pine and Patty Jenkins.

Pine will play a disgraced marine turned hack reporter that tried to write about Hodel years before. When she starts looking into her past however he sees another in that he might exploit and goes after it. What he finds though is something he wasn’t expecting and could potentially be ruined by. Pine and Jenkins worked together on the popular and blockbuster film Wonder Woman, so its safe to say that they know how to coexist and work together on a project. Pine is scheduled to appear in all six episodes of the series.

The series will touch upon the story of the Black Dahlia.

One of the most famous murders in all of Hollywood, the Black Dahlia murder involving Elizabeth Short was thought to be the work of famed gynecologist George Hodel. While he was indeed found guilty of many counts of debauchery he was never convicted for this murder. While the murder won’t be the most prominent part of the series it will be touched upon as Fauna continues to dig into her past.  It’s not known yet just how far the series will go into the Black Dahlia murder, but it is evident that it will become at least a small part of the story.

Thus far this is what we happen to know about the series, but it promises to be a gripping thriller that will keep viewers on the edge of their seats and trying to anticipate what will come next. Fauna Hodel’s autobiography is available on Amazon for those that want a little more information on the character.